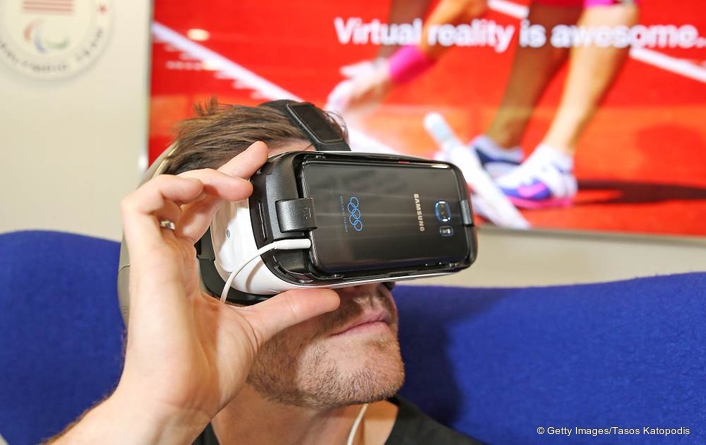 Using a compatible headset and their mobile phones, viewers can experience the Olympic action as if they are

Key moments of sporting drama from the Rio 2016 Olympic Games will be shown in full and true 360-degree high-definition virtual reality (VR), offering an unprecedented and immersive view of the action. Using a compatible headset and their mobile phones, viewers will be transported right to the heart of the Olympic action , with coverage slated to include the opening and closing ceremonies, and one event per day. The live broadcasts will be offered via video-on-demand services provided by the various international rights holders, including NBC in the US. So far, 12 rights holders have taken up the VR offerings, with others still to confirm.

Karen Mullins, Production Manager for the host operator OBS (Olympic Broadcasting Services), says that after successfully testing 180-degree cameras at the Lillehammer 2016 Winter Youth Olympic Games, true 360-degree VR tech will be deployed for the first time at Rio 2016. "VR is not about viewing in a traditional sense," says Mullins. "It's about an 'experience' and we always tend to describe it as that, rather than as coverage. In each venue, each sport, we try to take the viewer to a place that they couldn't buy a ticket for." 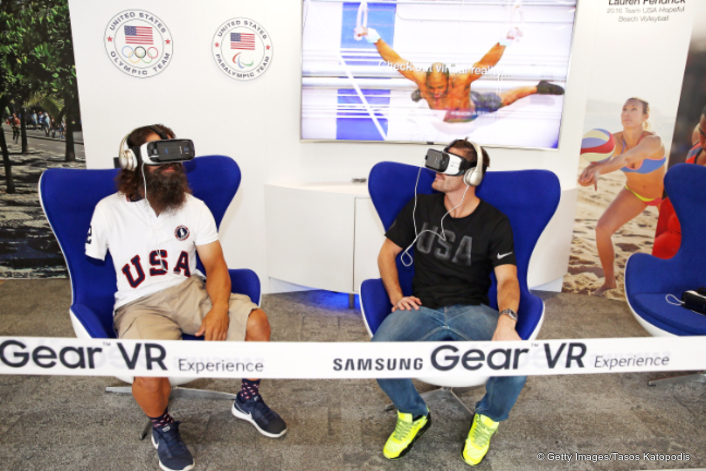 Inside the action.
The OBS is planning 85 hours of VR programming, including the opening and closing ceremonies, men’s basketball - including the semi-finals and final - gymnastics, track and field, beach volleyball, diving, boxing and fencing. Short highlights of all these sports will be available the next day. These VR offerings will complement more than 7,000 hours of content scheduled, with many events broadcast in 4K High Definition Resolution, and some in the latest 8K Ultra High Definition/Super High Vision.

Blending in
The cameras used for VR production have been developed especially for Rio 2016. They are unusual looking, about the size of a bowling ball, with many lenses, and sit on top of a stand-pole. Some have been customised, depending on the sport environment, to make sure they don't interfere with the events. 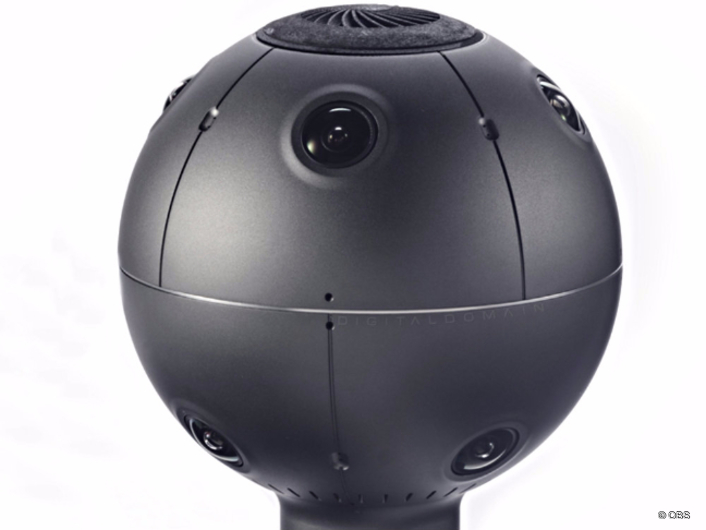 The development of viewing devices like Samsung Gear VR, Google Cardboard and Oculus Rift, means it’s possible to experience VR at home and at an affordable price. These immersive experiences will only improve, says Mullins. "VR mimics the in-venue experience of being in the stadium without the broadcast commentary or editorial cuts: the things we take for granted. We do have the ability to offer replays with VR, which is a first, and unsual, but the tech is still developing, so it's a learning curve, seeing what kind of content viewers enjoy, and want more of.

The future is now
"Nobody doubts that VR will grow and become key. It's virtually being there, rather than being a passive viewer. It's going to be big."
In addition, OBS will provide broadcasters with live coverage of select Olympic events using cutting-edge 8K UHD Super High Vision. OBS Chief Executive Yiannis Exarchos says the operator will use the Rio Games as an "accelerated laboratory for exploring some of these new technologies that will shape the future of sports broadcasting." 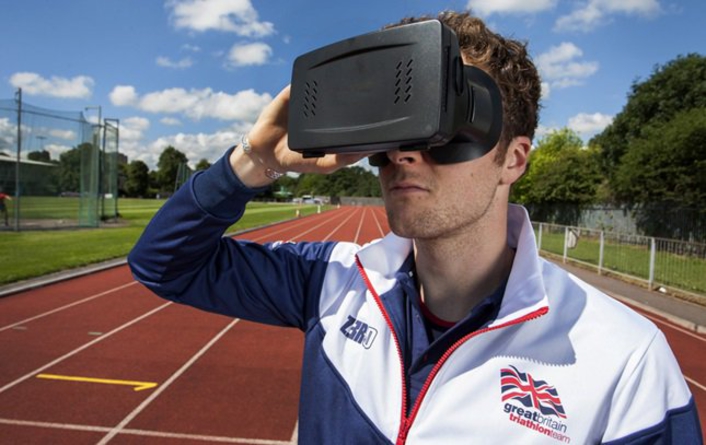 How athletes have been using the latest VR tech to gain an advantage with their training, ahead of the Games