One of the biggest  sporting events in  the world, in terms of  participation  and global exposure, the 2017 FINA  World Championships  has been be the largest sporting showcase Hungary has ever hosted. Having lined up almost 3,000 athletes in six different disciplines, competing in 75 contests over a period of 17 days, the FINA Championships has imposed a huge challenge on its organizers, since the preparation period was curtailed to two  years.

EPC, in charge of supplying special cameras in Budapest once again  chose LMC´s Antelope Camera Technology for the UltraSlowMotion request.  LMC deployed 2 Antelope MkIIs hard  cameras equipped with  Canon 95x HD  lenses  and one  Antelope PICO Underwater  mounted  to a Polecam operated  both above the water surface and underwater. 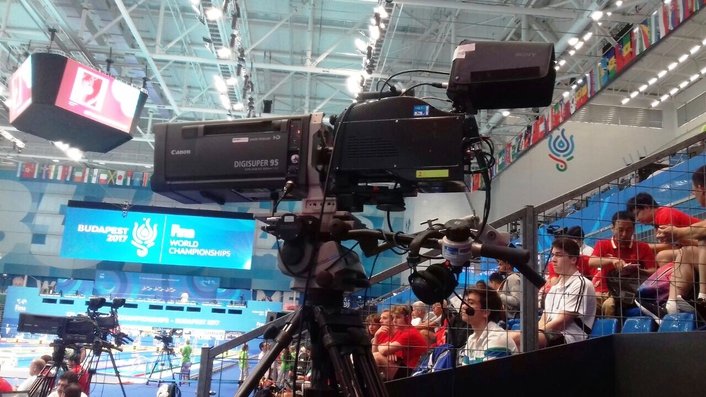 Flickerfree replays could be seen by millions of viewers as part of the World Feed and more than 880.000 spectators on stands and in fan zones were able to enjoy slow-motion sequences with up to 2.560 frames per second on large video-walls placed all over Budapest. LMC supplied the latest version of the Antelope PICO with improved detail and unsurpassed light sensitivity. 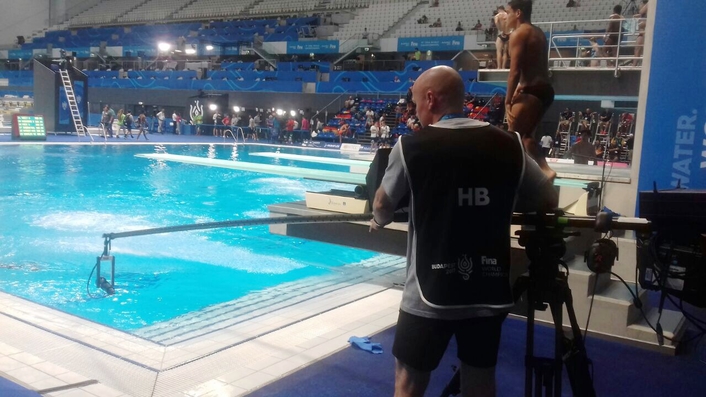 The Multi-Matrix capability made the system blend perfectly into the broadcast environment of the host broadcaster."The possibility to start a replay-move over water and then have the camera dive into the pool together with the athlete is a stunning feature that should not be missed in any diving champion- ship" said Suljan Dakli, Head Engineer of LMC overseeing  LMC´s production  services  in  Budapest.

At the World Games in Poland LMC supplied different cameras for the use at multiple venues. ISB chose to use two Antelope Compacts and various Antelope PICOS. The Compacts were configured as Hand-Held ENG Style Cameras so they could be as versatile as possible for multisports operation. An Antelope Cobra Link system connected the camera through SMPTE Fibre with the OB truck. The idea was to use the Antelope Compact and PICO at different venues with different OB trucks so a lot of different sports could be covered. A total of 420 million viewers world wide watched the multi-sport event, meant for sports that were not contested in the Olympic Games. Out of the 27 official sport disciplines ISB used the Antelope Compact at for example Flying Disc, Sumo, Boules, Karate, Billiards, Powerlifting, Jujitsu or Korfball. New sports for a new generation camera system. The Antelope Compact shot with up to 350 frames per second in native HD1080.

Both Compacts were configured with Canon HJ22ex7.6B lenses which connected straight to the  B4  lens mount of  the camera with iris controlled from the RCP.

At the Beach Volleyball World Championships in Vienna, Austria Host Broadcaster ORF together with World Feed director Michael Koegler used an Antelope MkIIs in a mid-high position to both shoot dynamic action as well as emotional shots from happy winners and dashed underdogs. Where once again the German Olympic Champions Laura Ludwig and Kira Walkenhorst showed their qualities up to the finals to win the World Championship title it was a walk in the park for the Antelope to prove its market-leading position in the UltraSlowMotion Camera market. The Woman´s European Volleyball Championships in Baku, Azerbaijan in September will be the next international Volleyball Event where the Antelope Camera Systems technology will anew shoot stunning sequences which will be seen by millions of viewers around the globe.