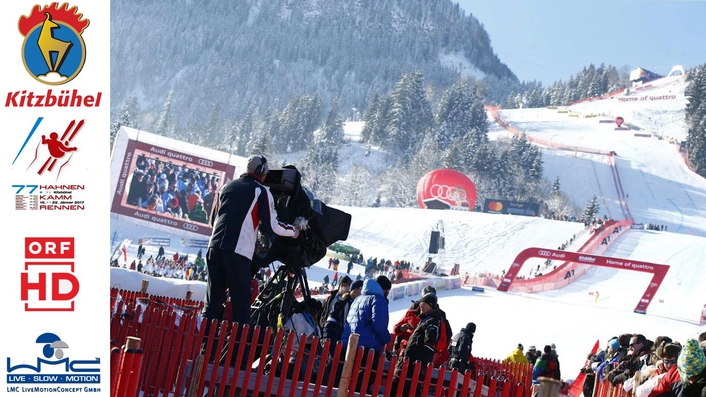 Once again LMC LiveMotionConcept supplied multiple Antelope UltraSlowMotion Cameras at the most prestigious Alpine Skiing Event. ORF Austrian Television with director Michael Koegler was in charge of the World Feed  of the 77. edition of the world famous Hahnenkamm Race in Kitzbuehel, Tyrolia. Since  1931 the Hahnenkamm Races have taken  place at the Kitzbuehel Hausberg mountain on Streif and Ganslernhang. 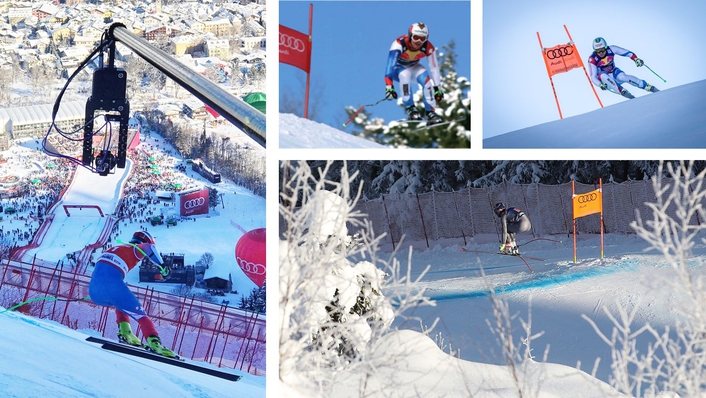 Where only a highspeed camera can show the dynamics of the hellhounds chasing down one of the fastest skiing slopes all replay operations as well as the engineering were handled by LMC staff out of two mobile production vehicles connected to the World Feed OB Truck from ORF Austrian Television. “The unique functionality of the Antelope technology made it possible to squeeze in as many replays as possible after each racer” says Dirk Wolf who was one of the replay operators on site. “During SuperG it´s pretty tough because the director wants to show the whole race from start to finish and time intervals given by FIS not always leave us a lot of room for re-plays as some of the reactions in the finish area  are also really nice to have. Sometimes the ramping function helps to have a quicker in- and out-point but still being able to slow down the crucial part of the sequence to show the incredible power and strength of the athletes in extreme slow-motion“, Wolf adds chuckling and reflecting the Saturday where Downhill event took place and where life becomes even tougher because the world feed will go around the globe and reach 500 million people. 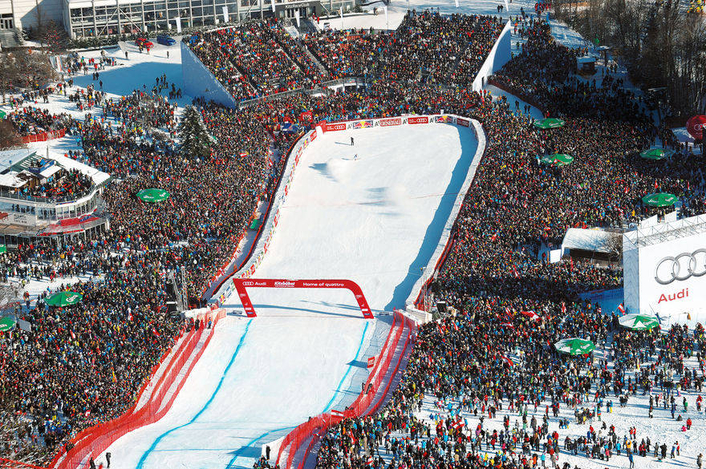 Antelope Cameras have been deployed at most of the prestigious FIS Alpine Events in the past. World Championships in Beaver Creek  (USA) and Schladming (Austria) as well as major winter sporting events in Sochi (Russia), Vancouver (Canada) and summer events in Rio (Brasil), London (Great Britain) or Baku (Azerbaijan) were on Antelope´s Travel Schedule during the last couple of years. All Antelope Cameras are manufactured in Hamburg, Germany where the Headquarters of Antelope Camera Systems GmbH is located since 2015. 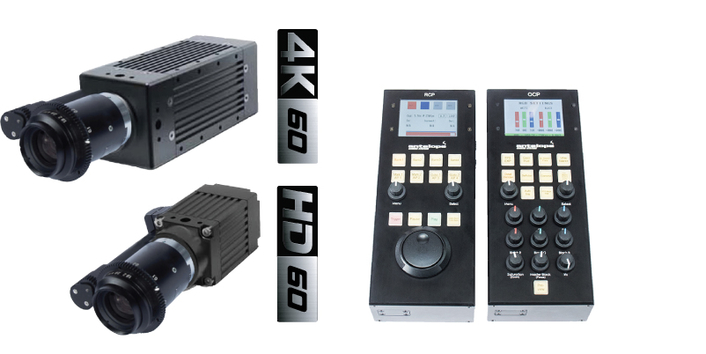