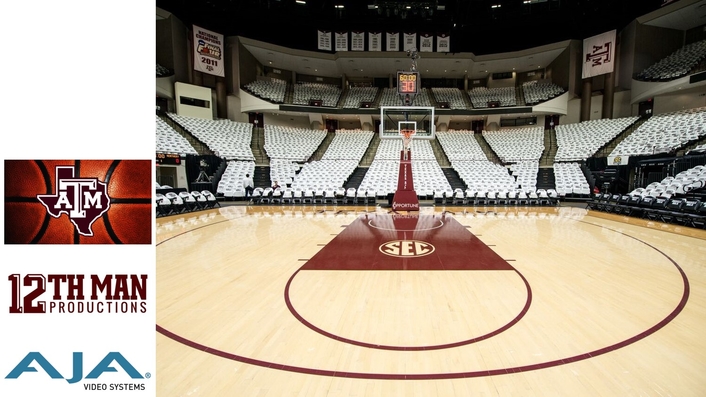 Texas A&M basketball fans are getting a fresh perspective of each game this season, courtesy of five new AJA RovoCam UltraHD/HD HDBaseT cameras installed throughout Reed Arena. The compact block cameras capture in-stadium footage of athletes and fans, which is displayed on a 54’ x 24’ video board, one of the largest among NCAA Division 1 schools. 12th Man Productions, the university’s athletics video production arm, is responsible for both the live video board broadcast and a live stream of each game to a popular sports network’s digital app.

Led by Director of Broadcast Technology Jesse Janosky, 12th Man Productions initially explored a few camera options to boost in-game content for fans on its new video board. Based on initial research, the team opted to test a RovoCam during the regional baseball championships. “We quickly found that RovoCam offered the high-end camera quality we were looking for at a fraction of the usual price,” shared Janosky. “We were able to use our initial budget to get five RovoCams and RovoRx-SDI receivers for the cost of another single camera we were looking at. RovoCam gives us a huge bang for our buck, because we can bring fans a broader range of viewing angles.” 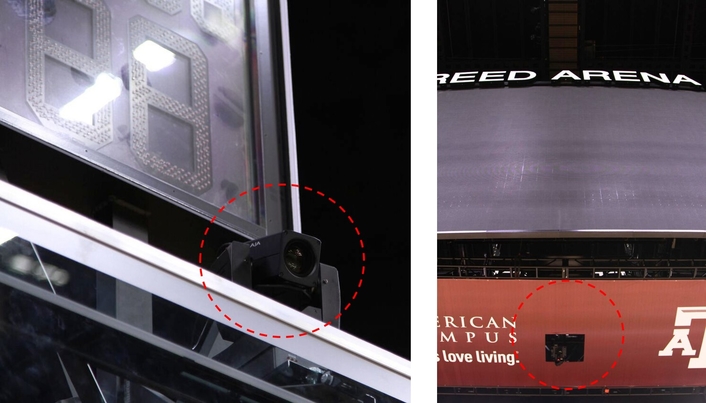 The RovoCams are strategically located under the tip-off, under the video board, on top of each basket, and on top of the production booth in Reed Arena. Each camera captures 1080 HD video from the UltraHD high resolution sensor, and all are mounted to PTZ (pan/tilt/zoom) heads, except one of the centrally mounted cameras. The live feed is sent to a PC running VISCA-based command control software in the production booth, where a team member controls the camera moves. Zoom controls are used for close-ups on players and the crowds, with iris controls used to adjust light for shots with shadows. RovoRx-SDIs receive the uncompressed RovoCam signals over category Ethernet cable, and the SDI outputs are then converted to fiber via AJA FiDO Mini-Converters and sent two miles away to a control room. They are run through a professional video router and sent back to the stadium and/or a broadcast truck, and are recorded for replays, in-game highlight melts or marketing materials. For editing post-game, the team’s editing bays are equipped with AJA KONA desktop I/O cards. AJA Distribution Amplifiers are also tapped for a replay system. 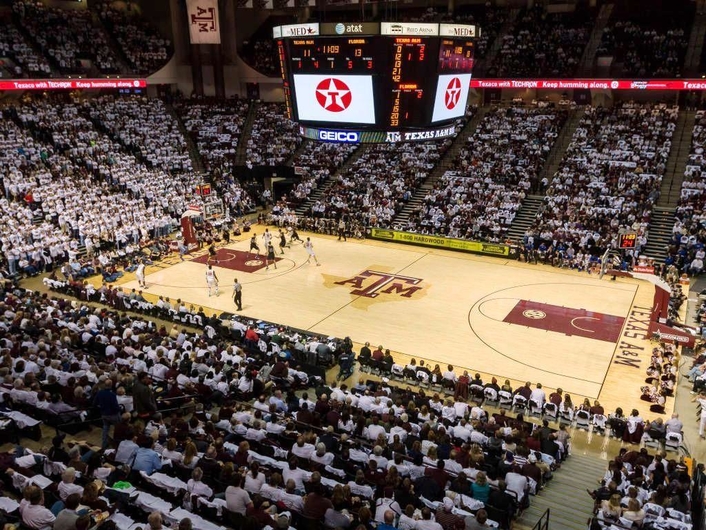 The simplicity provided by the RovoCam and RovoRX HDBaseT ecosystem has proven a huge boon to the production team, ensuring key shots aren’t missed. “RovoCam gives us the flexibility to accomplish the work of multiple camera operators with one employee in real-time – it’s been a game changer. We can capture the in-game experience on the fly without worrying about missing something because of the placement of a camera operator,” concluded Janosky.