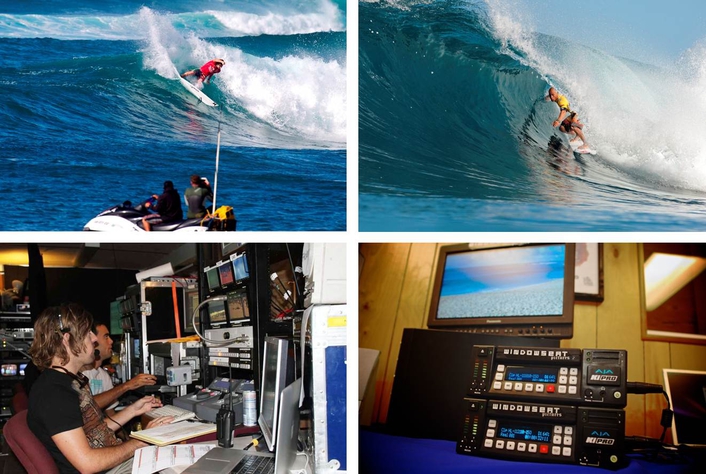 “We oversaw a crew of over 60 people who directed, produced, shot, created graphics packages and edited surfing and lifestyle segments from the six-week long competition. Much of the material was produced live for web and mobile, and as edited programming for Time Warner Cable on demand and Fuel TV,” explained Moz Mirbaba, executive producer, Windowseat Pictures. “This year, we were able to work faster, and crank out more great programming than ever thanks to the efficiency, speed and reliability of having the AJA Ki Pros and Io HD as part of our production arsenal.” 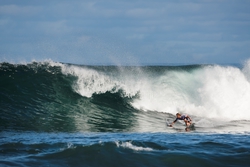 Windowseat Pictures produced over 100 spectacular surfing videos from the event for the Vans website alone, and continues to produce four one-hour highlight programs that will air on Fuel TV between February and April, 2011.

The team used AJA Io HD to capture live feeds directly to servers in 1080i Apple ProRes 422. “Io HD is great because we can monitor the capture as it records, and stop the recording during commercials to conveniently save out a separate QuickTime file for each show segment,” said Mirbaba.

Ki Pro was used to help convert footage from a mix of Sony, Panasonic and a variety of HD cameras on the fly to 1080i Apple ProRes 422. Ki Pro was also used out in the field, mounted directly between the camera and tripod to record talking head interviews. “AJA gear is saving us hours and hours of time in the edit bay, because all of our footage is available immediately in the same 1080 format, and ready to edit right way in Final Cut Pro,” continued Mirbaba. 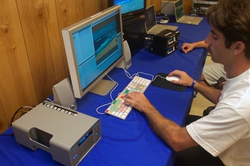 Since Windowseat Pictures spends two weeks shooting this event on multiple beach locations, all of their gear must be highly portable and able to withstand the elements. “When you’re running a production at the beach, it’s important that your gear is really reliable and really rugged, and AJA has always delivered for us on that front.”

The AJA Ki Pro is a portable tapeless video recording device that records high-quality Apple ProRes 422 QuickTime files onto computer-friendly media. Because it features SD/HD-SDI, HDMI, and analog inputs, users can interface with virtually any type of camera they may own or rent. The AJA Io HD brings HD/SD editing to the MacBook Pro and Mac Pro utilizing Apple’s ProRes 422 technology and compatibility with Final Cut Studio and other QuickTime based applications. Io HD offers a full range of professional digital and analog I/O connectivity, as well as up-, down-, and cross-conversion, all at 10-bit hardware-based quality.

Since 1993, AJA Video has been a leading manufacturer of high-quality and cost-effective digital video interface, conversion, acquisition and desktop solutions supporting the professional broadcast and post- production markets. With headquarters in Grass Valley, California, AJA maintains an extensive sales channel of dealers and systems integrators around the world.