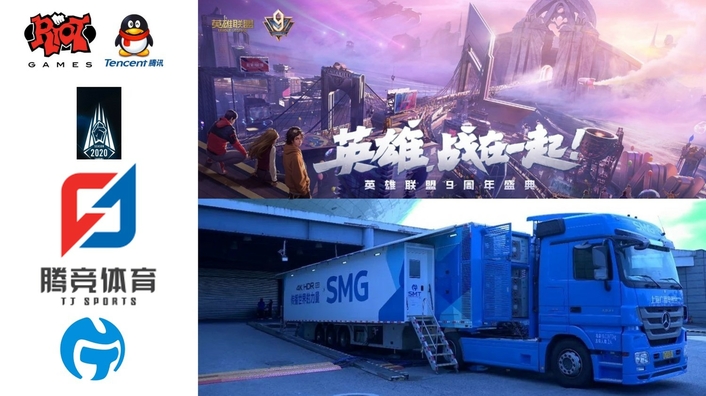 The 2020 "League of Legends" 9th Anniversary Carnival Ceremony was held from August 27th to August 30th at the Shanghai Mercedes-Benz Arena. After 5 rounds of fierce battle, the TES team defeated the JDG team, winning the league championship for the first time in team history. TES also successfully advanced to the 2020 League of Legends Global Finals (S10) which will be held in Shanghai from September to October as the top seed in the mainland China division. In the ensuing 2020 League of Legends Global Finals Qualifying Tournament, SN defeated LGD with a score of 3-0, and LGD, who lost in the first game, made a comeback and eliminated IG with a score of 3-1 to grab the last seat in the global finals. Nine years have passed, now LPL has become the highest-level League of Legends Pro League in China, and it is also the only channel for the mainland China division to the annual mid-season championship and global finals. According to LPL official data, in 2020, the total number of viewers of the LPL season exceeded 20 billion, and the number of viewers of event-related content exceeded 65 billion. 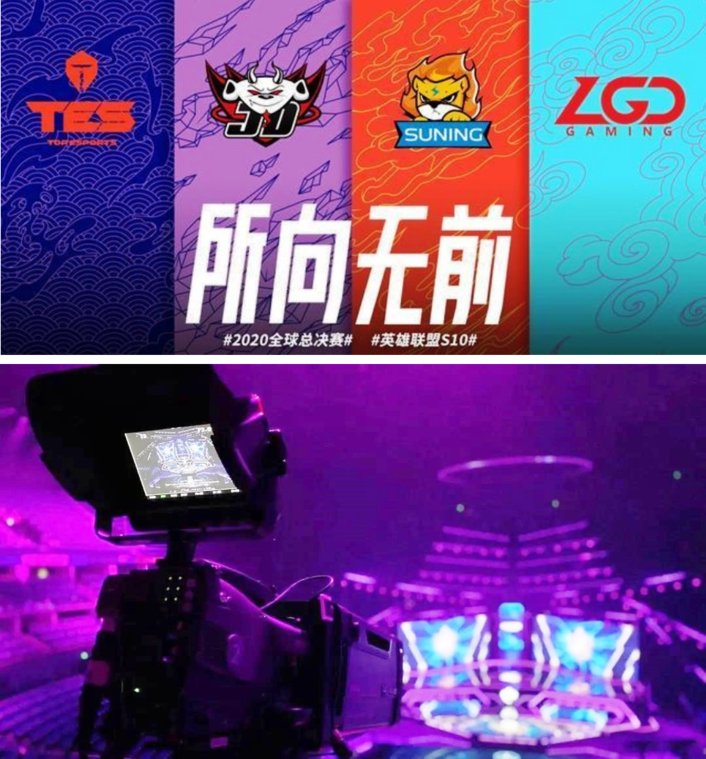 "Burden reduction and high efficiency" is the biggest feature of remote production, reducing the number of staff stationed at the front broadcast site. A set of professional production personnel and equipment can carry out multiple broadcasts in accordance with unified standards and procedures, which can greatly improve production efficiency and reduce broadcast costs. The venue of the competition is located in the Shanghai Mercedes-Benz Arena, and the core broadcast system is placed in the Tengjing Sports Broadcast Production Center, which is tens of kilometers away from the venue. 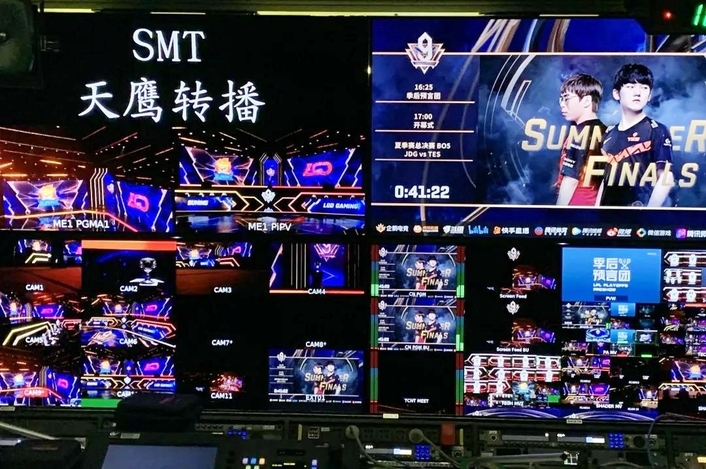 From the 2017 League of Legends Global Finals, the 2018 Asian Games e-sports project, to the 2019 League of Legends 8th Anniversary Celebration and the Wuhan Military Games, SMT has accumulated a lot of experience in remote production and e-sports broadcasting. In this LPL 9th Anniversary Carnival Ceremony, SMT successfully solve the problems of transmission equipment, bandwidth, signal delay, and IP protocol control. Technically, all video, audio, control feeds and other signals are jointly debugged through the front and back ends, and ultra-low delay, non-blocking, and non-compressed two-way transmission is realized through the network. The director and technical team in the background can acquire all the information of the front-end broadcasting site and sent command, and the on-site team can also call all related resources on the back-end. 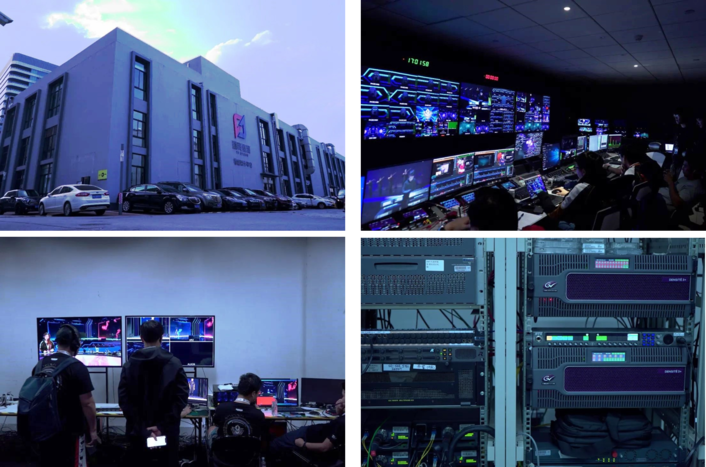 Tengjing Sports Broadcasting Production Center is located in Jing'an District, Shanghai. It is designed and constructed by SMT to be the largest remote production and broadcasting center for e-sports events in Asia. 3550 square meters is the total area of this production center, and it takes about 20 minutes to walk from the first floor to the second floor, the entire area includes 5 studios, 5 directing rooms and other special function rooms for gaming production. At the beginning of the design, the functional planning of remote production was fully considered, and an integrated solution that can give full play to the industry's leading production technology was selected to create a new generation of e-sports production base with technical architecture. The center has laid a solid hardware foundation for the remote production of live broadcast for the 9th anniversary celebration of the LPL. 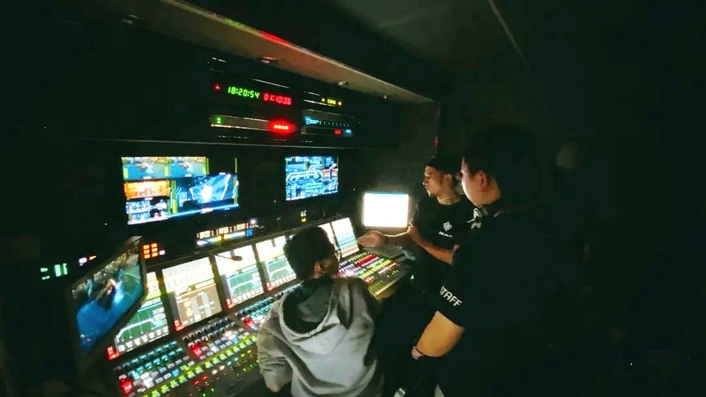 Compared with the previous LPL anniversary celebrations, this event was unable to allow spectators to enter the venue due to the epidemic, but in order to allow the majority of League of Legends game lovers to fully experience the charm of the celebration in front of the screen, SMT sent 4K UHD OB Van (S2) to Mercedes-Benz Arena in order to improve the communication efficiency of the front and rear production staff during the whole celebration and the event, ensured the successful completion of the opening and closing ceremony, and committed to creating magnificent scenes and fantastic visual effects, so that e-sports enthusiasts can feel the blood and passion brought by this grand ceremony without leaving home. 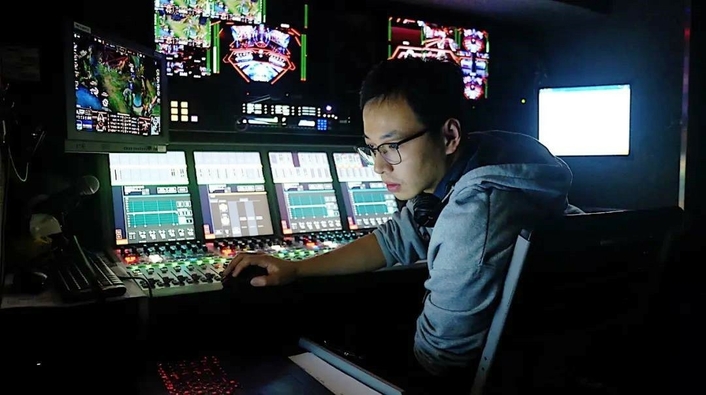 The successful conclusion of the LPL 9th anniversary celebration also heralded the opening of the S10 League of Legends global finals. As the highest-level event in the e-sports industry, S10 is also a grand event that showcases the strong e-sports atmosphere and long history and culture of the host country. With the successful broadcasting experience of LPL 9th Anniversary Carnival, SMT will suit up and welcome the S10 League of Legends global finals which will be held at M-HUB in September.