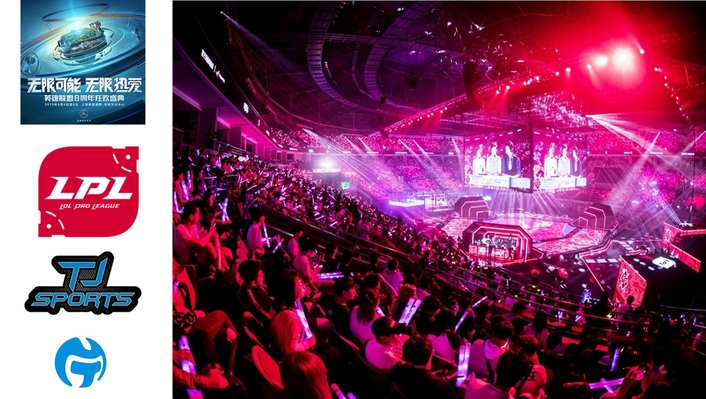 From September 6th to September 8th, the League of Legends 8th Anniversary Carnival was staged at the Shanghai Mercedes-Benz Cultural Center. With a flick of a finger, League of Legends has been with us for eight years, and the League of Legends Pro League has become the highest level of League of Legends professional competition in China, and it is the only channel for the Chinese mainland to reach the annual midseason championship and the global finals. According to statistics, in 2018, the number of live viewings in the LPL reached 15 billion.

Compared with traditional production, the advantage of remote production is that it can greatly reduce the number of staff sent to the front broadcast site. In the production backstage, a set of professional production staff and equipment can be broadcasted in multiple channels according to unified standards and unified processes, thereby greatly improving production efficiency and reducing the cost of broadcasting. The competition is located in the Shanghai Mercedes-Benz Cultural Center, and the core broadcast system is completely placed in the Tengjing Sports Broadcast Production Center, which is about tens of kilometers away from the competition venue. 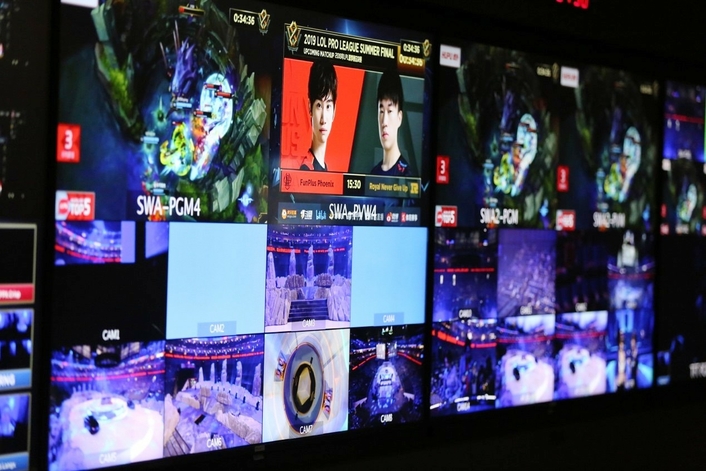 At the game site, there are no core system devices such as camera control unit, relay switchboard, and call matrix. Only camera heads, matrix panels, call panels, and monitors are placed. According to remote exchange of information and IP technology, the video, audio, and control signals of the front and rear ends are opened, and the core broadcast system equipment and production team are in the Tengjing Sports Broadcast Production Center. 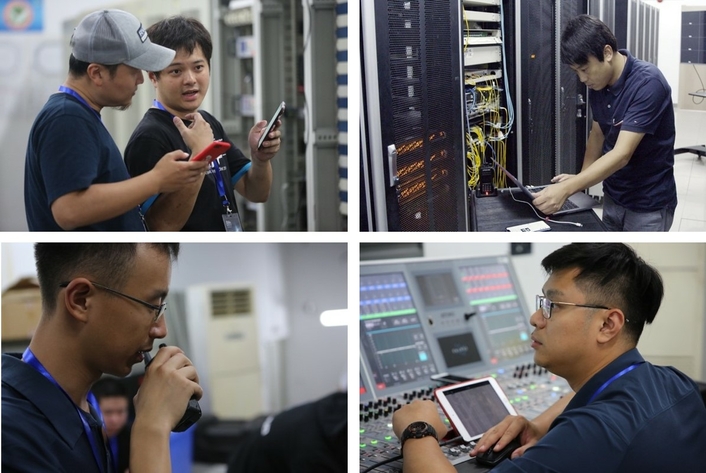 Remote production is still in the exploration stage in China. Without the experience of relevant projects, SMT Skyhawk Broadcasting Team can solve the problems that related to transmission equipment, bandwidth shortage, signal delay, and IP protocol control signals through repeated research, demonstration, testing and debugging, and realized the first full-scale remote production in China.

The success of the full-scale remote production in live broadcast is inseparable from the long-term accumulation of the technical team. Lin Yunchuan, general manager of SMT, said, "SMT Skyhawk Broadcasting Team has accumulated considerable experience in remote production and e-sports broadcasting technology. In recent years, has participated in the completion of the 2017 League of Legends Global Finals, the 2018 Asian Games e-sports project and other important domestic and international e-sports events. The technical requirements for the 8th Anniversary Carnival of the League of Legends are complex, and even for non-remote broadcasts are quite difficult.

Unlike general remote production, that merely send the camera and audio signals back to the production background, The SMT technical team alone with the Tengjing sports production team, through a large number of experiments and pre-tests, and research to demonstrate feasibility, technically, all the video, audio, call, control signals and other signals are connected to the front and rear ends, and the ultra-low delay, non-blocking and uncompressed two-way transmission is realized through the network. 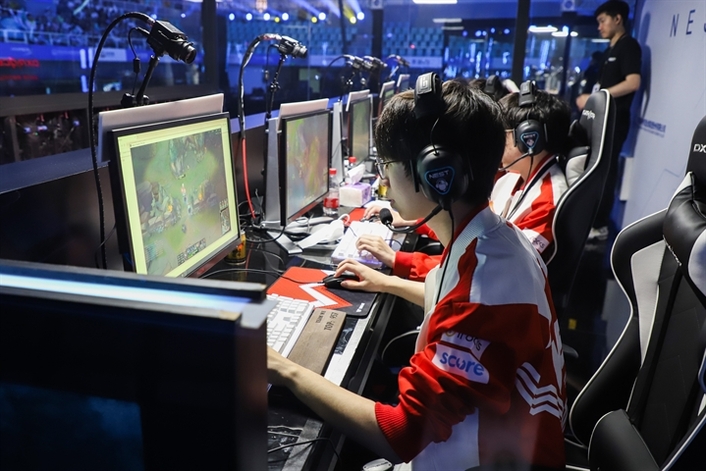 In this way, the director and technical team in the background can get all the information of the front-end broadcast site and remotely command. In the front-end competition venue, the on-site team can also call all relevant resources of the back-end through the control panel (video matrix, call, etc.), all remotely. The 'full-scale' of full-scale remote production is reflected here. The realization of this technology has also laid a solid technical foundation for the construction and development of the Shanghai E-sports media service operation platform. ”

Designed and built by SMT, Tengjing Sports Broadcasting Production Center is located in Jing'an District, Shanghai. It is currently the largest e-sports production center in Asia, with 5 studios, 5 TD rooms and other e-sports dedicated function rooms. It was officially opened this year. At the beginning of the design, the center fully considered the functional planning of remote production, and selected an integrated solution that can take advantage of the industry's most advanced production technology to create a new generation of technical architecture for the e-sports production base. The establishment of the center has made a solid hardware foundation for the remote production of the 8th anniversary of the League of Legends and the remote production of more, larger, and more well-known electric competitions in Shanghai and even the whole country in the future. 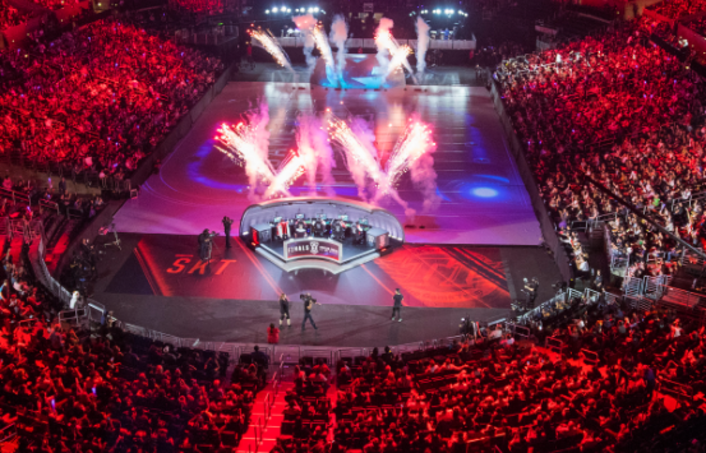 As a domestically influential media technology service provider, SMT began to explore the IP technology and application of broadcast technology as early as 2014. Currently, it has 3 sets of large 4K HDR broadcast systems equipped with the most advanced remote IP broadcast equipment. In October last year, in the 27th round of the Chinese Super League match between Shanghai SIPG at home against Shandong Luneng, SMT and China Sports Media (CSM) jointly completed the remote production test of football matches.

As a member of SMG Technovation, SMT has long been committed to the exploration and application of high-end broadcast production technologies such as 5G, 8K, and panoramic sound. It has provided professional broadcasting technology solutions for various large-scale events at home and abroad such as the PyeongChang Winter Olympics, Shanghai International Import Expo, National Games of the People's Republic of China in Tianjin, and Wuhan CISM Military World Games in October this year.

At the end of 2017, Shanghai “50 Articles of Culture Creativity” was released, among which the development goal of “accelerating the construction of global e-sports capital” was first proposed. In recent years, major global e-sports events and e-sports clubs have settled in Shanghai, those operating companies, production companies, and live broadcast platforms have also emerged. 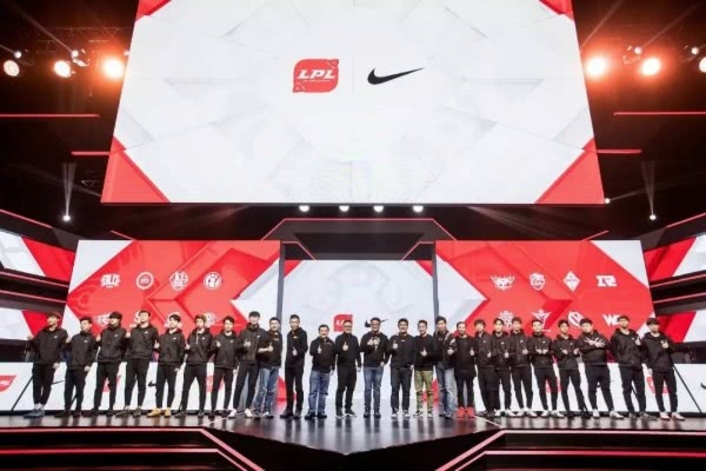