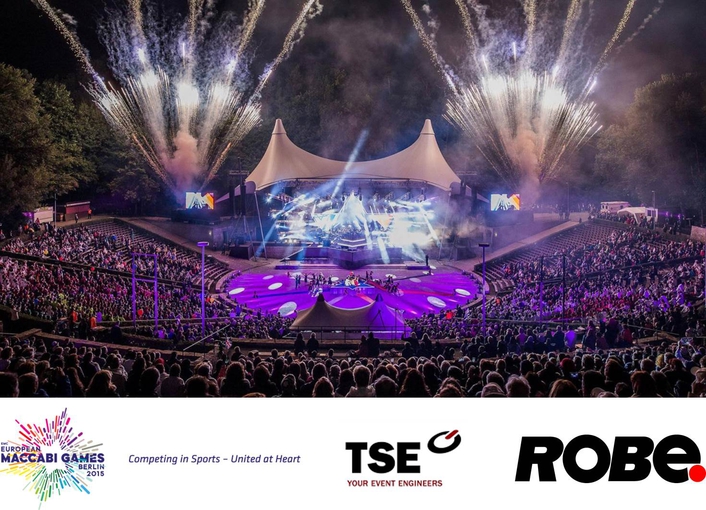 A fabulous lighting scheme was designed by leading Israeli LD, Ronen Najar for the occasion, working for the combined Israeli and German production team.
Ronen frequently specifies Robe for his work. He is prolific in both television and live events and known for his fresh and innovative approach to crafting light. He designed the last Maccabi Games OC in the Teddy Stadium Jerusalem in 2013 and has worked internationally on several high profile projects with the ceremonies’ director Ran Tzahor over the last decade.

For the EMG OC, a stage was erected at one end of the circular amphitheatre arena – used for the gymnastics events at the 1936 Berlin Olympics, covered with a tensile roof structure, and a ground supported trussing grid installed below that. Off this grid 18 upstage/downstage orientated mini-beam trusses were flown to facilitate most of the lighting positions.

The starting point of the lighting design was the Star of David stage set created by scenic and set designer, Nitzan Refaeli, featuring LED screens at the back and a raised star shape centre stage. Another scenic Star of David shaped riser was positioned in the middle of the arena in front of the stage for the OC show.

A major role for the lighting was to reinforce and emphasize these shapes which subtly but strongly defined the entire performance space. 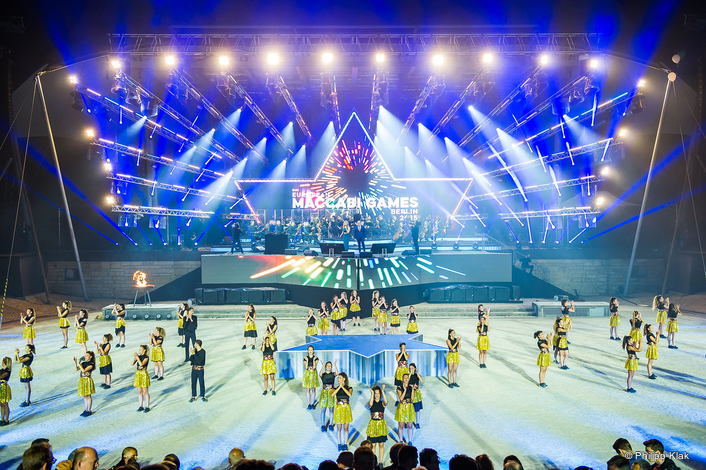 The lighting kit was supplied by Berlin based rental company TSE and included 40 x BMFL Spots, 60 x Pointes, 40 x MMX WashBeams, 30 x LEDWash 600s and 12 x ColorSpot 2500E ATs, all specified by Ronen, who likes the versatility and reliability of the fixtures.
The BMFL Spots were primarily located on the over-stage rig with some on the floor. They were used for lighting the action in the arena – which featured a cast of hundreds of performers, singers and dancers accompanied by a 50 piece German / Israeli youth orchestra, plus an athlete’s parade with the 2,000 competitors from 36 countries.

The immensely powerful BMFL beams were used to cut through everything and paint general backgrounds for the show as well as texture the floor of the arena.

Ronen was among the first LDs in Israel to use the BMFL after its launch last year, and in particular, he likes the intensity and the fixture’s refined optics. 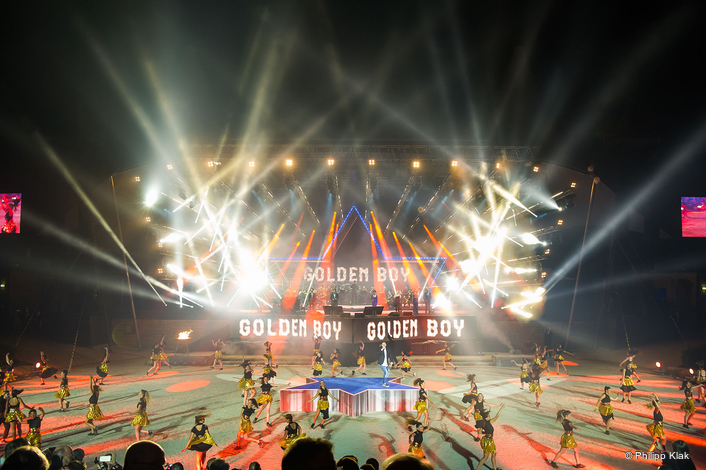 The Pointes were dotted around the rig and used for lighting the stage and floor, with some additional units positioned on the arena floor. Ronen programmed many spectacular beam, colour, gobo and other highly visual effects, capitalising on their fast speed and dynamic zoom capabilities.

The 32 x MMX WashBeams were located on the front truss for highlighting the stage and key lighting the performers, with some also rigged right at the back of the auditorium seating used for bathing the audience in shades and layers of light. The 30 x LEDWash 600s were spaced out around the arena perimeter in weather domes, shooting light across the arena floor and also illuminating the audience. 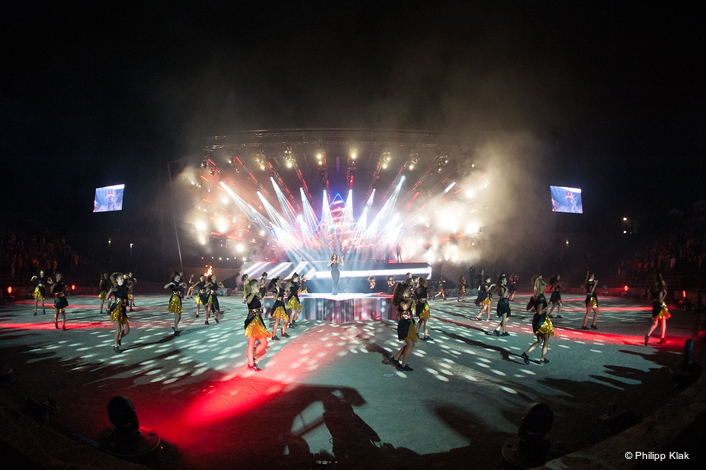 The ColorWash 2500E ATs were rigged in the audience and used for additional arena lighting and texturing.

The main creative challenge for the lighting design was covering the sheer diversity of different elements involved, and producing an elegant, memorable world class show that all could remember as special and appropriate. 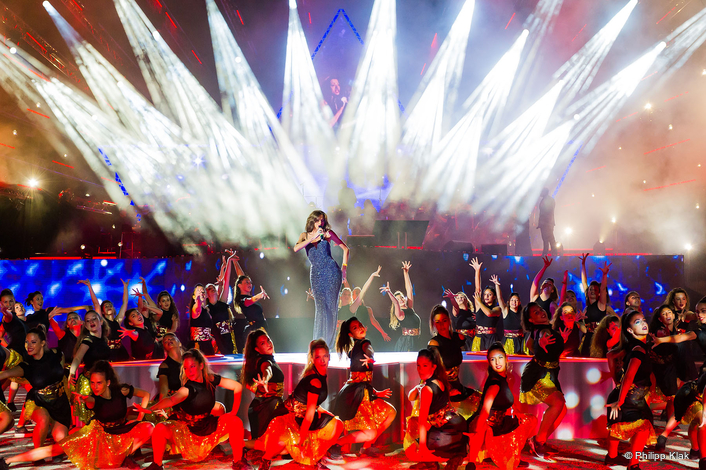 In addition to supplying all the lighting requirements, TSE also provided sound, video, staging and rigging.

The games ran for two weeks and covered 19 sporting disciplines. 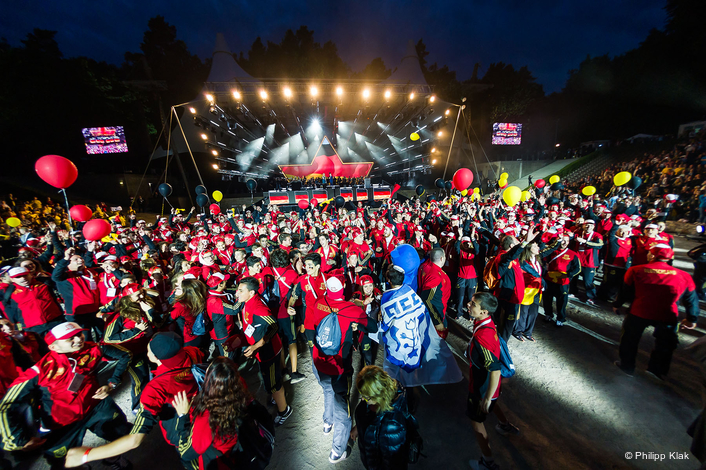 There was an additional historical resonance with this, the 14th EMG event being the first ever in Germany. The Olympic Park venue was deliberately chosen as a place where Jewish athletes had been excluded from the 1936 Olympic Games, and in 2015 at the EMG thousands sent a message of tolerance and against racism generally. A group of motorcyclists lit the traditional Maccabi flame commemorating the famous motorcyclists who carried the message and spirit of the first Maccabiah worldwide via a European tour in 1931.