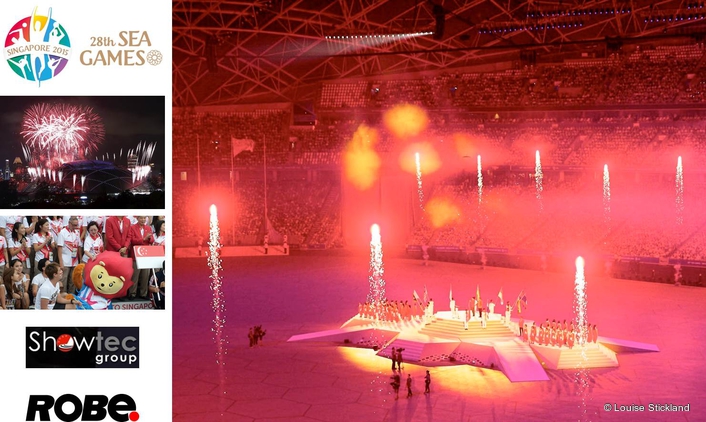 .
Nearly 500 Robe BMFL moving lights were right at the core of an amazing lighting scheme designed by LD Mac Chan for the vibrant Opening Ceremony of the 2015 South East Asia Games in Singapore on Friday last week.

The glittering spectacle staged in the new 55,000 capacity National Stadium was broadcast live on national TV and across south East Asia, reaching an estimated audience of 600 million plus, and saw the 28th SEA Games declared open in great style. It also featured the greatest number of Robe BMFLs – to date – used on a single event.

The BMFLs represent a massive investment made by Singapore based rental company Showtec Communications Pte Ltd., which purchased over 700 BMFL fixtures, most of them especially for the event, once Mac had confirmed his decision. 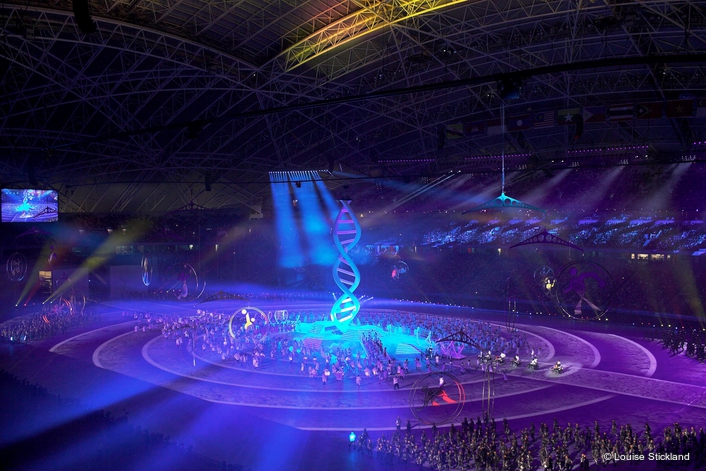 Mac was asked to design the high-profile event’s lighting by Creative Director Beatrice Chia, with whom he has worked on previous large scale events including Singapore’s National Day Parade. Mac also lit the Opening Ceremony of the 1998 Commonwealth Games in Kuala Lumpur and has been involved in a plethora of innovative theatre work.

The 2015 SEA Games Opening Ceremony was also Mac’s first gig using a substantial amount of Robe products! He chose the BMFLs after careful consideration, and primarily because of their incredible output! 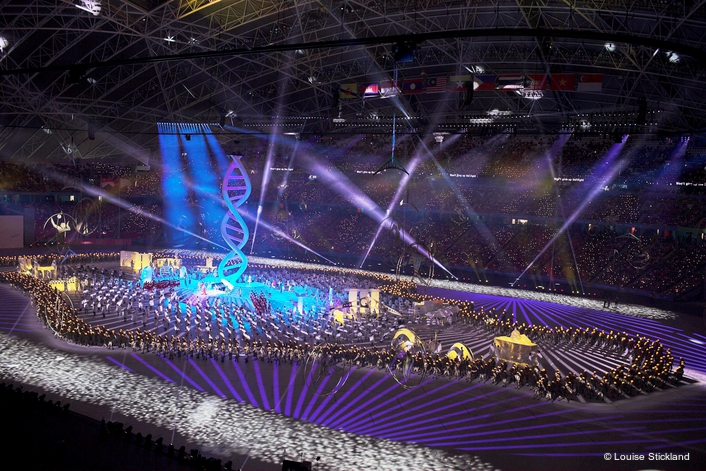 With trim heights of between 37 and 39 metres to the overhead trusses in the new National Stadium at the heart of the Singapore Sports Hub, he needed lights with some serious attitude and intensity.

Three hundred and sixty BMFL Blades – the newest in the BMFL range - were rigged on eight trusses - 20 fixtures per truss - running along both sides of the pitch. The 100 x BMFL Spots were located on four trusses, two at each end of the stadium roof.

The total field-of-play size for the OC was 160 metres long by 95 metres wide, and Mac used the BMFL Blades as his key lighting for the whole floor area, and also for illuminating the hugely excited capacity audience who are seeing their country host the biennial event for the first time since 1993.

Mac specifically needed the BMFL Blades with their framing shutters for this task. This functionality allowed him to divide the pitch area up into precise slices of light, effectively creating a matrix of lighting ‘areas’ which could then be blended together or run as separate patches of intense colour and texturing.

This produced some very funky and fabulous looking effects, especially for the overhead camera shots. 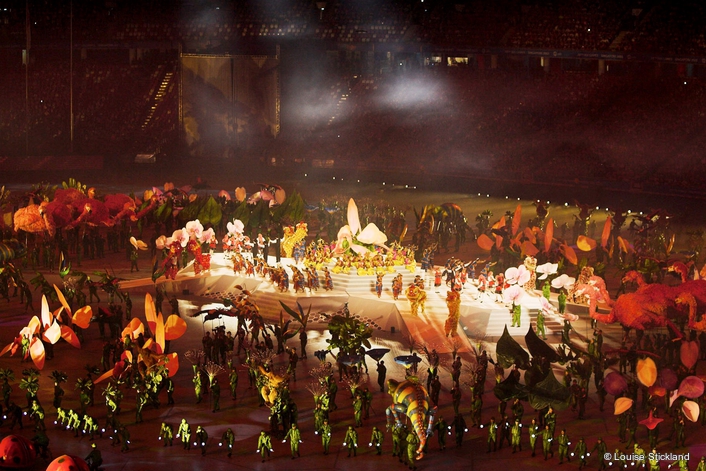 Designating a specific area for each BMFL blade to cover in its ‘home’ position gave the option of adding either very subtle or completely full-on lighting to suit the eye-catching projections.

“To have this flexibility and adaptability with the fixtures was incredible,” he commented, adding that complimenting the field-of-play ‘pictures’ – a major visual focus  throughout the 2 hour show which included the Athlete’s Parade – with lighting was an intricate task for him and his programming team working in close collaboration with Singapore based projection specialists, Hexogon.

The projections were delivered via 160 x Christie 20K Roadster machines positioned around the back of the upper ring of the stadium seats.

The stunning and highly detailed 4K content was concentrated right in the centre of the field of play, and much of the time bordered by a dynamic and animated ring of light from the BMFL Blades buffering between the end of the projections and the edge of the pitch.

The show narrative was developed from the theme of DNA, a common element shared by all, which is also the source of individuality and something that can make people ‘extraordinary’. DNA helps drive people to achieve, inspire and dream, all goals, aspirations and core character traits associated with the spirit of sport, and being a small and considerate empathetic cog in the giant wheel of humanity.

The idea of a DNA ‘structure’ was also the origin of Mac’s grid of BMFL Blades. And these formed the fundamental building blocks enabling him to creatively light the show. 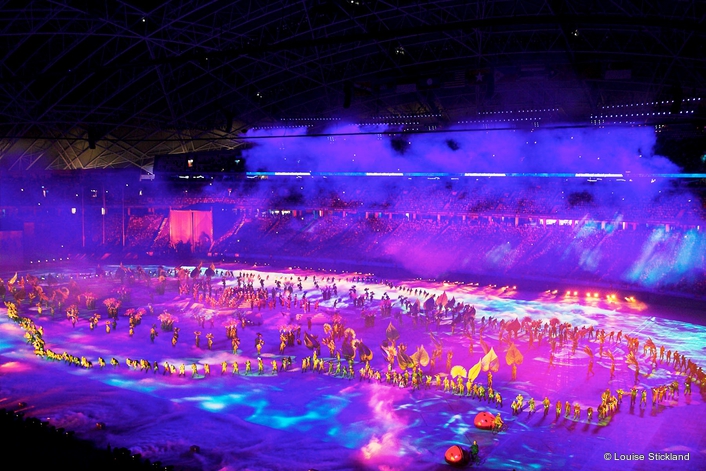 The 100 x BMFL Spots on the four end-trusses were primarily used to illuminate the multi-layered stage in the middle of the field-of-play, which featured much of the acting, story-telling and ceremonial action played out by a cast of several thousand.

Throughout the show, the rich colours and high quality of the BMFLs accentuated the intimacy of a theatrical masterpiece brought alive on an epic scale.

The show contained many emotional touches that communicated to the audience on a personal level – both live and on TV – all combining into a beautiful, very elegant and highly memorable Opening Ceremony. 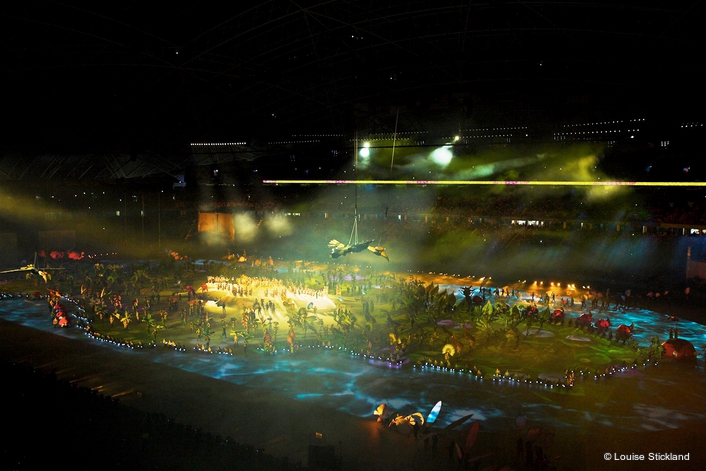 Mac first caught a glimpse of Robe’s BMFL – the Spot version at that time – at Prolight+Sound in Frankfurt in March 2014 and right from the start was really impressed by the output.

He also saw the first models in action at the 2014 Commonwealth Games in Glasgow, which confirmed his belief that it would be the perfect luminaire for this show.

“There was no other fixture I could have used for the same effect from such a large height over that area,” he declared. 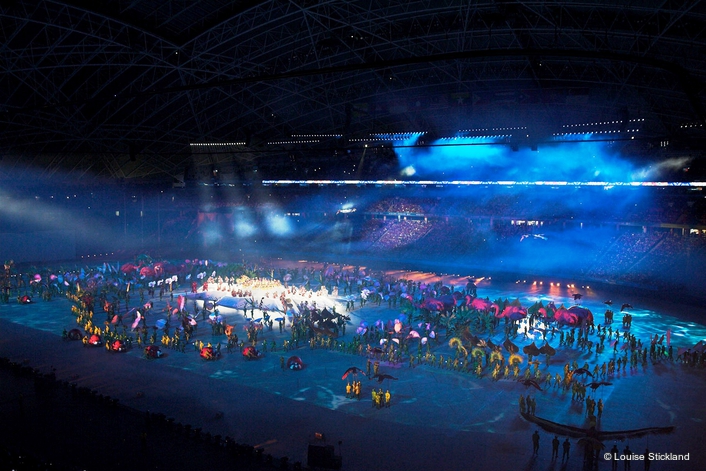 He was also pleased with their overall reliability and characteristic robust Robe engineering. The fixtures handled the heat and humidity very well.

Mac worked alongside a highly talented FOH team comprising assistant LD Marc Brandon Hor, lead programmer and show operator Michael Chan, programmer Muen Huang. Showtec crew chief William Lee co-ordinated a crew of up to 50 Showtec lighting technicians at the peak times during the OC cycle, and they were on site for the best part of two months in the run up. The show’s Technical Director was Kenny Wong. 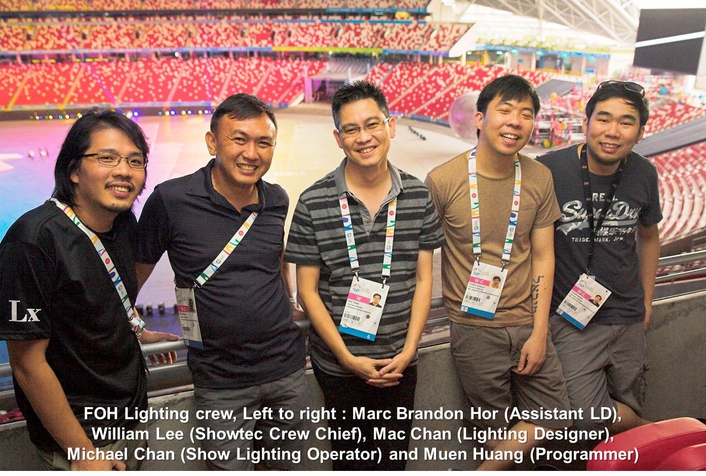 A grandMA2 system was used to control all the lighting which also included some other moving lights and LED pixels embedded in the stage. Separate lighting systems – also supplied by Showtec – were installed outside the stadium to light the final stages of the torch relay and the cauldron.

The OC was the first job for most of Showtec’s new BMFL fixtures. The newly launched BMFL Blades were delivered from Robe in the Czech Republic in time to be loaded straight into the stadium during April. 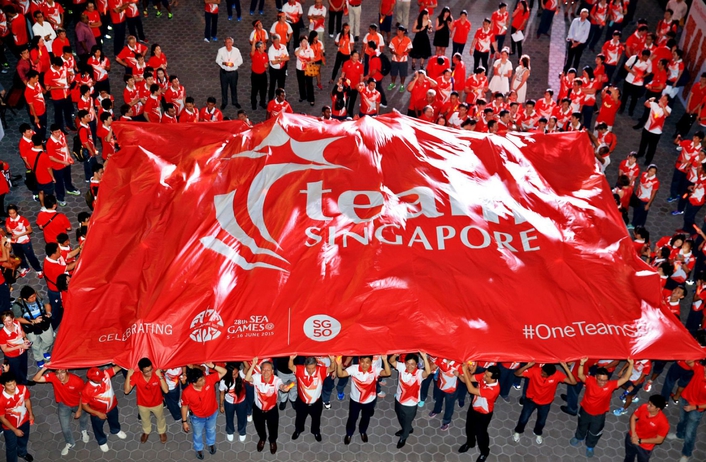 Robe’s Josef Valchar attended the OC and commented, “The show looked incredible! I was extremely proud to see so many fixtures on one show and that Mac trusted a brand new light on such an important and grand scale event. It was also a great endorsement of the Robe brand for Showtec to make such a major investment in our products”.