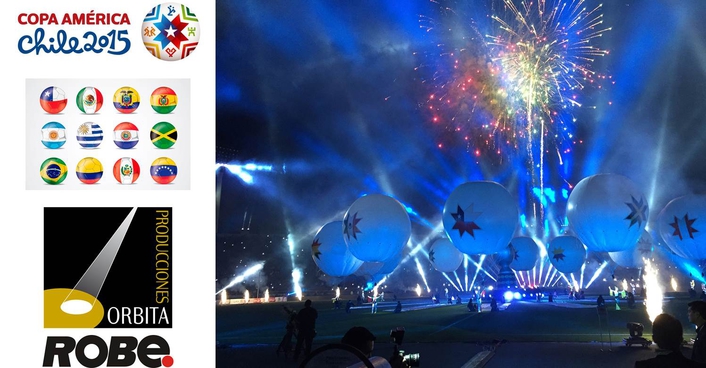 Fifty Robe Pointes added to the fun and excitement of the Opening Ceremony kicking off the 2015 Copa America international football tournament for South America’s national teams which is being staged in Chile.

The fixtures were part of a lighting design by Toni Amoros for the event staged at the Estadio Nacional de Chile in the Chilean capital, Santiago. The event was attended by 60,000 football fans packing the stadium and experiencing the carnivalesque atmosphere as well as seeing Chile getting off to a rocking start in the first game, beating Ecuador 2-0.

The Pointes were positioned around the field of play and used for beams and aerial effects for which they are renowned. They were chosen by Toni for their power and brightness, for the precision of the beams and the variety of possible effects.

The event – which featured a cast of 600 actors, musicians and dancers plus some giant internally lit balls representing each of the 12 competing nations flying through the air - was televised live on Chile Films, Canal 13 and TVN. 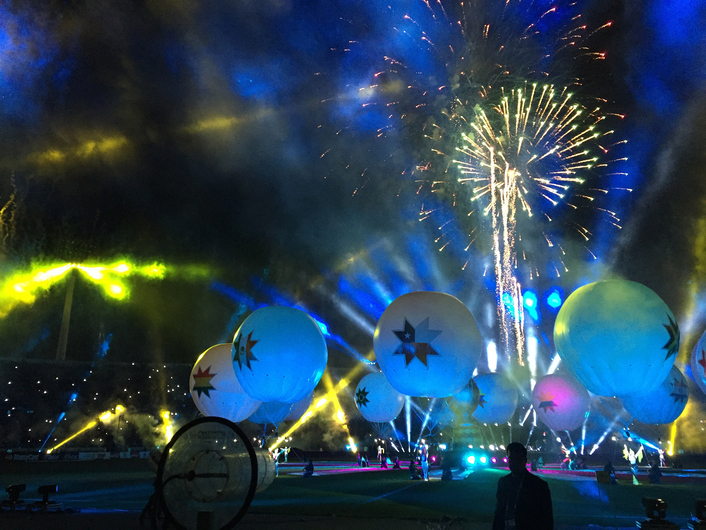 Toni worked closely with the OC show’s creative director, Esteban Icardi from producers Icardi Producciones. Esteban commented, “It was wonderful to have fixtures like the Pointe available to bring high impact, brightness, colour and movement to the show”.

Tony and his programming team of Felipe Serey and Juan Pablo Fernandez ran the lightshow on grandMA control.