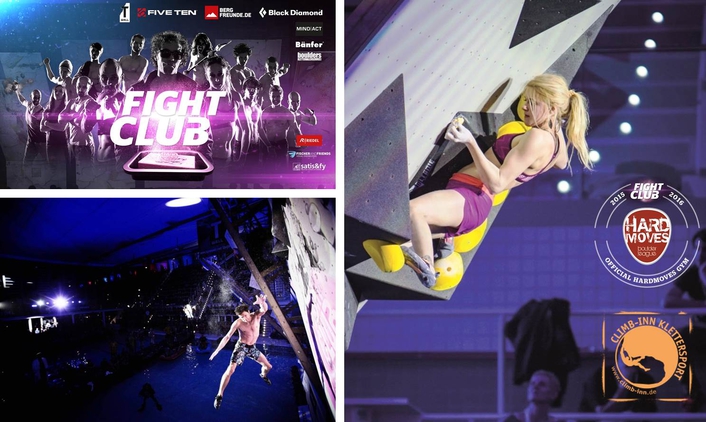 As the six strongest teams of the HardMoves Fight Club met at Wuppertal's magnificent Historische Schwimmoper indoor swimming center to compete in the international bouldering series' SuperFinal, Riedel Communications supplied the real-time media network and intercom system that supported live links to other venues, as well as live streaming.

Hailing from Wuppertal himself, Riedel Communications CEO Thomas Riedel avidly supports HardMoves. "We first partnered for the SuperFinal in 2013 and were thrilled by the organizers' passion and enthusiasm," he said. "The HardMoves sporting standard is impressively high, and we were delighted to participate in this event again in 2016 as a local business."

Over the past season, nearly 7,000 climbers from six nations participated in the HardMoves series. Competitors included World Cup winners, world champions, and the best boulderers on the planet. Hosted by the city of Wuppertal, the concluding event of the HardMoves FightClub Edition 2015/2016 featured athletes climbing floating 7-meter-high walls in front of an enthusiastic crowd of 1,600, with another 2,300 fans watching on a giant screen at the nearby Historische Stadthalle. In all, more than 10,000 viewers watched the event live or later at sportdeutschland.tv, and the event's two YouTube channels drew 32,000 views during the competition. 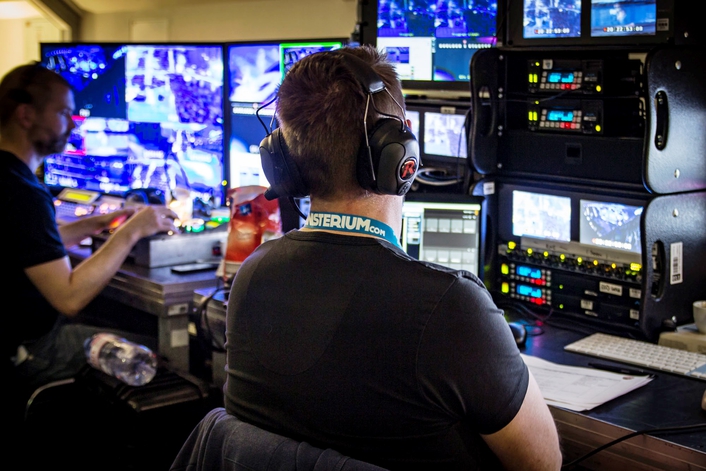 "Unlike any other sports event, HardMoves allows world-class athletes to rub shoulders with complete no-names — the climbing pro meets the amateur, and anything is possible until the final move," said Ute Zimmermann of HardMoves. "With the support of Riedel's technology, we've been able to bring the exciting SuperFinal action live to fans watching just down the road and around the world."

To support audio signal distribution, Riedel tunneled AVB over a MediorNet fiber network to connect two Avid consoles from satis&fy. To create links between the three Schwimmoper locations and the Wuppertal city hall, more than one kilometer of fiber was used. Together, an Artist 64 system and Performer system enabled communications at the two sites. Riedel also supplied a wireless HD camera production unit, a commentary control panel and headset, and 35 analog radios.

Riedel's STX-200 interface facilitated real-time interaction between fans watching at a climbing club and the fans in the Historische Schwimmoper during the competition. Licensed by Microsoft, the STX-200 is a stand-alone, broadcast-grade solution that leverages Skype to bring live content from remote participants directly into the live production. Together, the STX-200, MediorNet, and Artist systems enabled transport of program video with embedded audio to production, as well as flexible routing of signals to individual Skype users using tablets and other smart devices. The MediorNet network also was used to feed several live streams to the Wuppertal city hall. With fans around the world watching at public venues and on several online platforms, organizers estimate that up to 100,000 spectators watched the SuperFinal.

"The strengths of Riedel systems really shine in live event production for extreme sports, and the popular HardMoves event in Wuppertal was no exception," said Rebekka Jacobi, senior project manager at Riedel Communications. "Our STX-200, MediorNet, Artist, and Performer systems made it easy to produce a highly dynamic and interactive live video stream worthy of the HardMoves SuperFinal."
The HardMoves event was organized by the team at Wuppertal-based Climb-Inn Klettersport GmbH & Co. KG, headed by managing directors Arndt Wilmanns and Christian Popien.