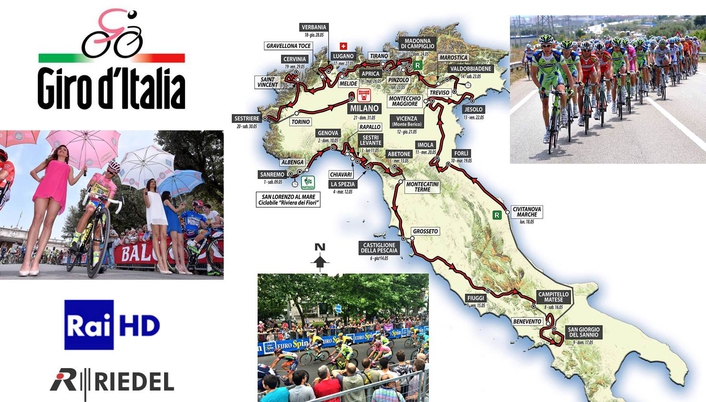 RAI used its Riedel gear to create a distributed real-time network made up of four fiber rings, which together included 102 fiber links with 712 audio, video, and data connections. Key connection points included the international OB van and a second OB truck with replay; the commentator van, a graphics van, a radio van, and two vans providing links for helicopter and motorcycle signals; the Italian national feed; an edit truck; and the "mule," a compact mobile unit ideal for tight mountainside locations.

Combined with Riedel's network management software, the modular design of Riedel's MediorNet real-time media network and RockNet audio network allowed RAI to configure and reconfigure frames quickly according to the demands of each day. Supporting both routing and transport, the Riedel systems enabled RAI to make every signal available at every node as needed. The overall fiber network served as a flexible and space-, weight-, and time-saving solution for establishing quality connections across an extremely challenging landscape.

During the 21-stage race, the RAI used the mule unit and its Riedel gear to complete connections of up to 2 kilometers from the main production area. Positioned near the finish, this small truck supplied the camera base stations and gear for a commentary position and connection point at the finish line, where all baseband signals originated. Able to supply signals from various remote points without signal degradation or loss, RAI provided exceptional footage facilitating worldwide coverage of the race, the first of the year's three Grand Tours.

"The Giro d'Italia is a hugely popular sports event, and this year it was televised around the world in 171 countries," said Maribel Roman, international sales manager for southern Europe at Riedel Communications. "With its MediorNet and RockNet systems, RAI was able to offer extensive live and pre-produced content each day of the race while also providing, as host broadcaster, the reliable feeds critical to global coverage of the event." 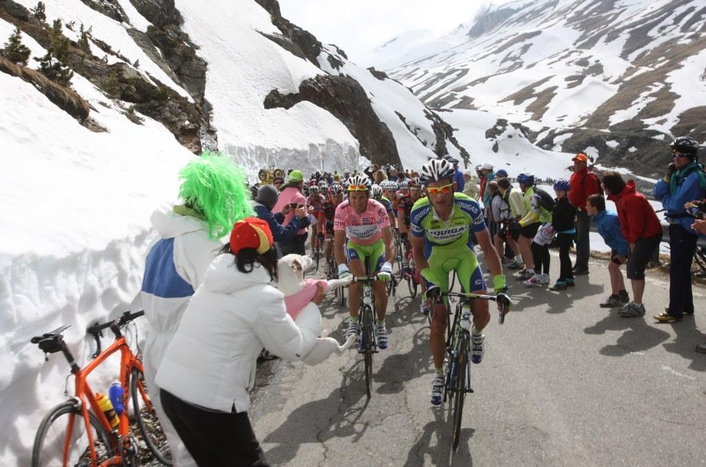