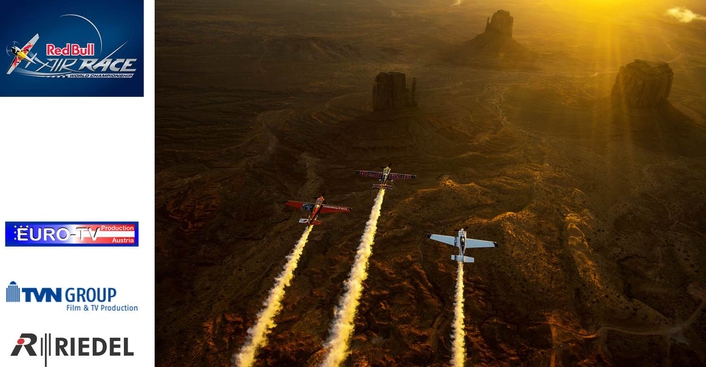 Providing a massive 640 gigabytes of real-time signal-routing in just 2 RU, Riedel's MediorNet MetroN fiber router enables users to configure robust and highly redundant MediorNet installations using less hardware and cabling. The addition of this fiber router to the MediorNet systems typically implemented for the Red Bull Air Race World Championship facilitates the transport of large volumes of high-bandwidth signals without compromising the flexibility of the network.

During the air races, pilots navigate an aerial racetrack featuring air-filled pylons in the fastest possible time, incurring as few penalties as possible. Each of the 14 race planes is equipped with two HD cameras — one at the aircraft's tail and one in the cockpit — that are remotely controlled from the ground. Video is delivered to the ground along with aircraft telemetry via a Riedel RF link, and these video signals and data are then passed to race control, the individual teams, and TVN Mobile Productions — partner to broadcaster EURO TV — via the MediorNet network, which also facilitates distribution of video captured by additional cameras on the ground. 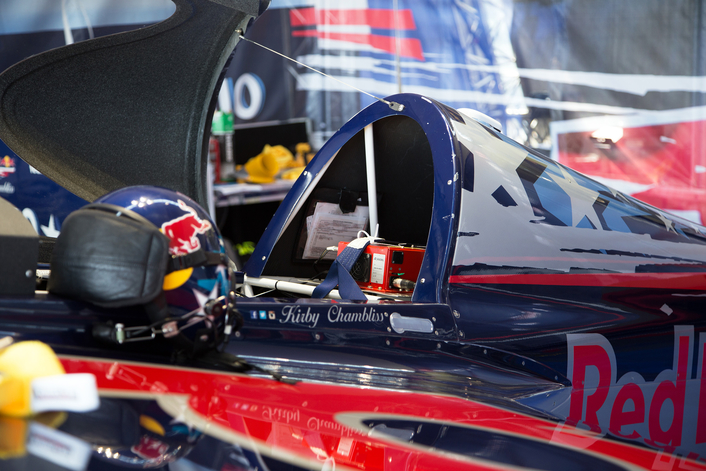 "As a pilot, the most exciting part of flying in the Red Bull Air Races is the fact that we are flying against the clock. This makes for fun competition with the other pilots, and we always know where we stand," said Master Class Pilot Yoshihide Muroya from Team Falken. "With the amazing images from the on-board cameras, viewers can see and understand exactly what is going on in the cockpit. The on-board cameras are a vital part of creating an exciting race atmosphere and a unique experience for the spectators. We are working very hard when we're up there, and the effects of the G-forces are very evident." 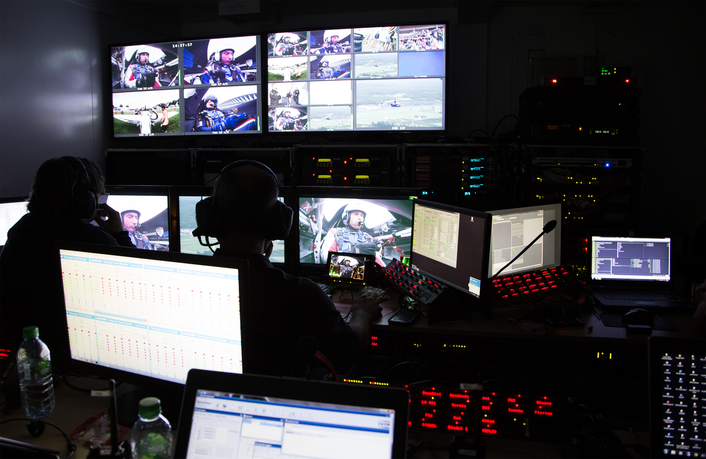 The MetroN moves all of the HD signals for the broadcast master control room, on-site video walls, and race control. Because IT data is tunneled through these MetroN systems, Riedel is able to provide the IT backbone for each event without adding a single piece of cable. To integrate the event‘s main mixing console, Riedel technicians interfaced audio signals via MADI through Riedel's RockNet digital audio network solution in combination with MediorNet. 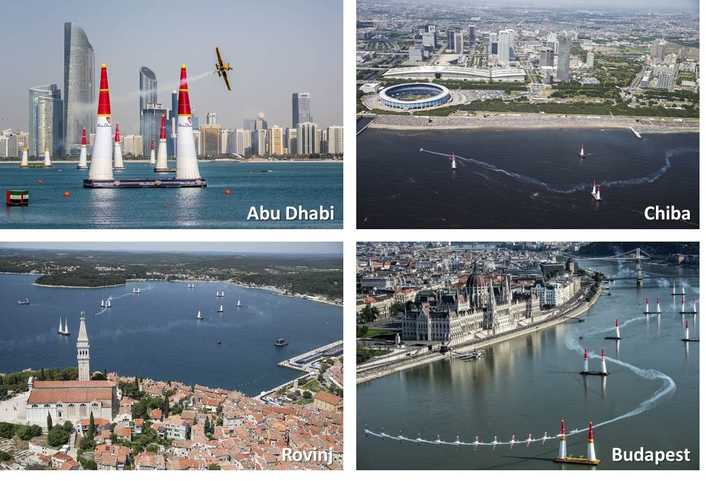 Riedel's Artist digital matrix intercom system facilitates all communications for the event's production teams, and the company's wireless products meet the communication needs of race stewards, directors, and judges. With the Artist serving as the communications backbone, Riedel's Juggler seamlessly integrates a trunked TETRA radio installation with more than 500 hand-held digital radios, many of which support emergency services and both race and flight operations. The Riedel RiFace interface supports the integration and use of analog radios as well. For races where the Challenger class' airports are not located near the host airport — such as in Spielberg, Austria — Riedel's STX-200 professional Skype® interface makes it easy and cost-effective to maintain streaming video and communications between each pilot and their support team. 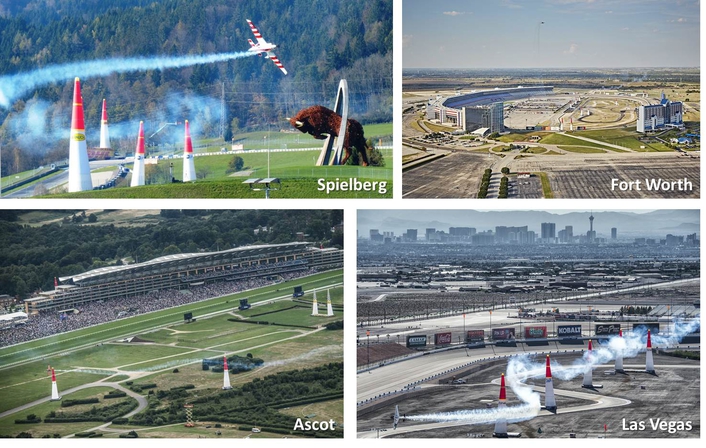 "The Red Bull Air Race World Championship is a visual spectacle featuring the world's most exceptional pilots competing in races across the globe. We're proud that for each championship event, Riedel solutions play a central role not only in facilitating live production and broadcast, but also in ensuring the safety of pilots and spectators," said Yung Min Lee, project manager for global events at Riedel Communications. 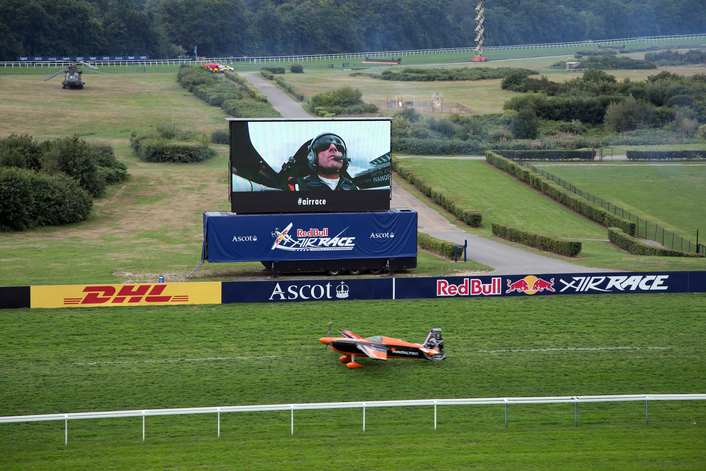