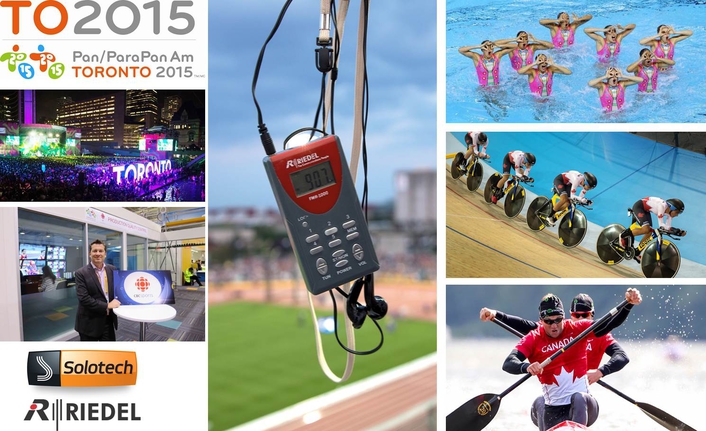 Technology from Riedel played a starting role at the recently completed TORONTO 2015 Pan American Games and Parapan Am Games, supporting assistive hearing services, wired and wireless communications, and signal transport at nearly every venue and at the opening and closing ceremonies. The Pan American and Parapan Am Games are the world’s third largest international multi-sport games, surpassed in size and scope only by the Olympic Summer Games and the Asian Games.

A primary goal of the TORONTO 2015 Pan Am/ParaPan Am Games was to ensure that all spectators have access to the same experience. To that end, assistive hearing and audio descriptive services of the performances and announcer broadcasts were available in English, French, and Spanish through FM-transmitted devices supplied by Riedel. For the first time in Pan Am/Parapan Am Games history, live audio description was provided for spectators at the opening ceremony, closing Ceremony and for three sports: handball, judo, and the semi-finals and medal round games of wheelchair basketball. More than 500 audio description units and 1,700 assistive hearing units were put into use. 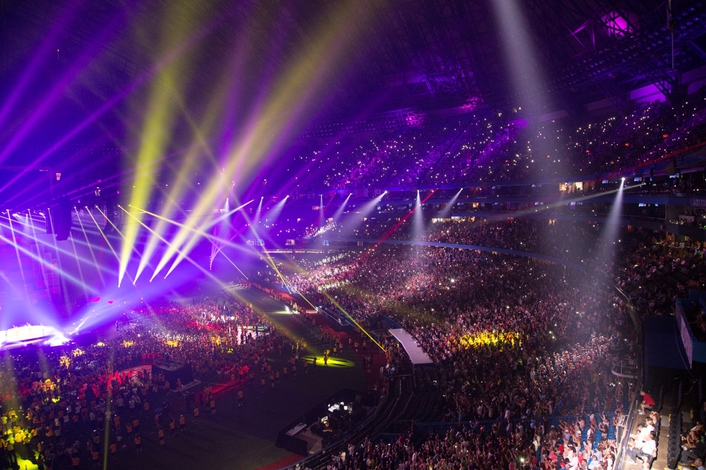 In addition, more than 1,200 six-channel Riedel mass-cast devices were put into service for the participants of the opening and closing ceremonies. In addition, assistive hearing devices were provided for the 287 Parapan Am athletes with visual impairments.

“The opening ceremonies in Toronto were very complex and required a high degree of coordination,” said Thurid Wagenknecht, Program Manager at Riedel Communications. “This is just the type of environment in which our systems shine, ensuring flexible, clear, and reliable communications.”

Signals from each venue were sent to the International Broadcast Centre (IBC), where they were transported via Riedel’s MediorNet real-time media network between a dedicated OBVan and the ODEPA Pool operations center within the production area. All produced signals were then transported and distributed to a master control room and on to the satellite farm for distribution throughout North America. CBC, the local rights holder for the games and the host broadcaster for TORONTO 2015 also took the pool feeds transported over the Riedel MediorNet network.

MediorNet’s flexibility offered peace of mind when re-routing and adding more signals without the need to increase the installed infrastructure. This also reduced costs and, with the integrated MediorNet’s processing power, helped to reduce the overall amount of gear and infrastructure.

In total, Riedel supplied 42 Artist digital matrix intercom systems with 50 panels, 110 commentator boxes, and 220 beltpacks and headsets, together with 37 RiFace interfaces and 400 analogue radios, all of which were directly integrated into the Artist systems. In addition, the operation deployed a 40 channel FM audio system with more than 4,000 receivers distributed across all 28 venues. The Organizing Committee, transportation services, and the ceremonies were served by 5,000 TETRA digital radios, 1,200 extra batteries, 3,000 earpieces, and nine base stations. Finally, there were 600 radios for wide-area use.

Besides broadcast, security, and access control, Riedel’s radio systems were also used during pauses and programming breaks at the venues, supporting audience interaction like kiss-cams. Medal ceremonies were supported, too. All of this was taken care of by Riedel’s team of 40 on-site managers and technicians.

“Putting on a global sporting event is never easy,” said Marc Schneider, director of global events at Riedel. “But the power and simplicity of integrated solutions from Riedel have been proven again and again for events ranging from local games to the Pan Am Games.”