PWS and ATK Teamed up for Super Bowl LI 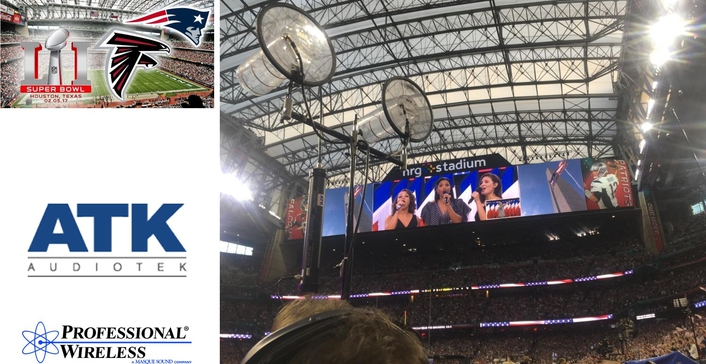 When the New England Patriots and Atlanta Falcons took the field for Super Bowl LI at NRG Stadium in Houston, Texas, Professional Wireless Systems (PWS) was on-site once again, working closely with Karl Voss and the NFL Game Day Coordinators (GDC’s), to supply RF management for the NFL referees and the on-field entertainment. ATK/Versacom partnered with PWS to bring to life the spectacular halftime performance by Lady Gaga, as well as the proceedings just before the game. PWS and ATK also handled the post-game festivities, which included the awarding of the Lombardi trophy and recognizing the MVP.

PWS General Manager Jim Van Winkle and PWS lead RF Coordinator Gary Trenda began collaborating with ATK/Audiotek’s Project Manager Paul Liszewski and General Manager Brett Valasek in October to establish the needs of the show and game. They also worked with Matt Campisi of ATK/Versacom who handled all the intercom needs of the pre-game, halftime and post-game show. 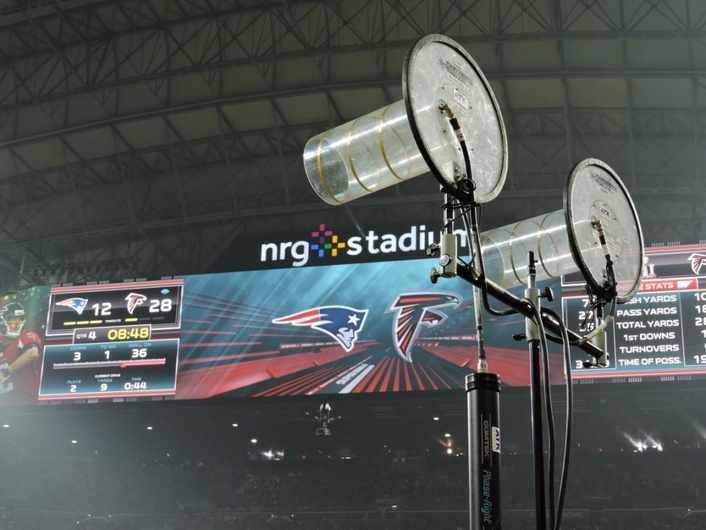 To prepare an initial list of required frequencies for PWS’ portion of the events, Van Winkle and Trenda conducted a site survey and frequency sweep at NRG Stadium to see what they were up against in terms of spectrum. PWS submitted its list of frequency requirements to Karl Voss, the NFL’s lead frequency coordinator, who performed the frequency coordination for the Super Bowl and all surrounding events. Voss assigned frequencies to PWS for the gear provided by them and ATK, which included Shure Axient® wireless microphone systems, Sennheiser 3732/5200-II microphones as well as Shure PSM® 1000 In-Ear Personal Monitoring Systems. Voss assigned a GDC to oversee PWS’ activities throughout the game and entertainment portions as well.

The Super Bowl presents its own unique set of challenges due to the size and complexity of the event. This year, PWS handled frequencies and equipment for the cast of Hamilton who sang ‘America the Beautiful’ and for Luke Bryan who sang the National Anthem, all on Shure Axient. The halftime show, which was entirely performed by Lady Gaga, utilized Sennheiser 3732 receivers with SKM 5200-II handhelds and Sennheiser MD5235 capsules. In addition, PWS managed 8 Shure PSM 1000 in-ear monitor channels with 32 receivers being deployed for the halftime show. PWS was also responsible for overseeing the frequencies for each of the referee mics, which were Axient body packs with a custom switch built by ATK.

“This was a very challenging event due to the amount of studio shows, ENG crews and other key personnel with wireless gear on the field,” says Trenda. “All of the RF gear was coordinated closer together than normal due to the crowded RF environment resulting in its own set of challenges that we managed to overcome. PWS also supplied several of its Helical antennas for the event, which were deployed on the sidelines on stands. We used zoned antennas to make sure the entire field was covered during pregame and halftime, without being in the way of the moving parts during the halftime show.”

In total, the PWS team operated close to 100 of the 1,000 frequencies being used and guaranteed that spectrum users were not interfering with one another during the Super Bowl’s entertainment segments. 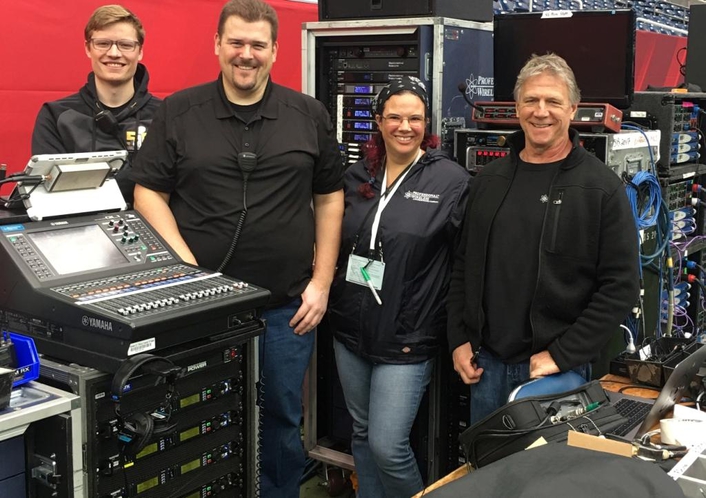 “The Super Bowl is a monumental event,” adds Van Winkle, “and this year Gary Trenda was brought in as lead RF coordinator for the PWS team for the first time. I couldn’t be happier with how Gary handled the entire event, from pre-production all the way through to strike, he was focused and determined, resulting in complete confidence from the crew involved and another flawless show. The remaining PWS team, consisting of Deb Munini and Cameron Stuckey, who have both done past Super Bowl events, did a spectacular job this year in handling gear deployment to key people, including the talent for both the pregame and halftime show, and setting up the perfect antenna distribution. With the help of Karl Voss, our partnership with ATK and the Versacom crew and the team at FOX, all of whom are always great to work with, the game and related entertainment segments went off without any issues. Everybody was thrilled with the end result.”

Based in Orlando, Florida, Professional Wireless Systems (PWS) is a wholly owned subsidiary of Masque Sound. Founded in 1992 by James Stoffo, a longtime engineer, technician and broadcast coordination consultant, PWS specializes in developing innovative gear for the increasing demands of RF equipment.

PWS has developed such wireless products as the GX-4/GX-8 combiner and the PWS Helical and Domed Helical Antennas. The company also develops and produces custom system packages and hardware, as well as builds custom antenna systems and specialized accessories. PWS has supplied and supported wireless systems for notable events, including Super Bowl 50, Coachella, as well as several events for the NBA and Joel Osteen.

While the New England Patriots came from behind to win a historic Super Bowl victory in February, the on-field live entertainment made its own kind of history when ATK Audiotek, the live-sound provider for the event for the last two decades, for the first time implemented Dante™-based digital audio networking for the pre-game and halftime live music events, including a breathtaking performance by Lady Gaga. After nearly 20 years using an older audio signal transport system, ATK Audiotek this year migrated to a Dante-based digital audio networking system utilizing key RedNet interfaces from Focusrite.

The 2017 Super Bowl pre-game and halftime entertainment shows made the leap into the 21st century with the implementation of Dante™-enabled RedNet D16 AES, D64R and A16R digital audio interfaces, employed by ATK Audiotek for performances by Lady Gaga

A DiGiCo D5 console was used to mix, and two distinct systems routed the audio for different purposes. First, a number of RedNet D64R 64-channel MADI-Dante bridges converted the D5’s MADI signal to the Dante network, and audio was routed to four loudspeaker carts in separate quadrants of the stadium, employing RedNet D16 AES 16-channel AES3 I/O interfaces. Meanwhile, the RedNet A16R’s 16 channels of analog I/O were used to feed both the broadcast trucks and the stadium’s FOH position, acting as the intermediary between the Dante network audio and the stadium’s existing analog wiring infrastructure.

“I’ve been waiting years for this day,” enthused Kirk Powell, Design Engineer with ATK Audiotek on the show. “This Super Bowl was truly an inflection point for audio at the event. It marked the shift to the 21st century for audio networking.” It was a major shift — Powell says it required training to bring the crew fully up to speed on the new system. But the advantages were significant. “The old system we had been using just did not have the kind of flexibility that Dante and RedNet can offer,” he says. “Now, if they quickly needed a microphone moved, it was just a matter of moving it on a screen and it was done. RedNet as the interface made this shift so much easier. The RedNet’s own interfaces are simple and intuitive, their reliability is rock solid, and the sound couldn’t be better. RedNet made the shift to the next generation of signal transport for the Super Bowl a sure thing.”