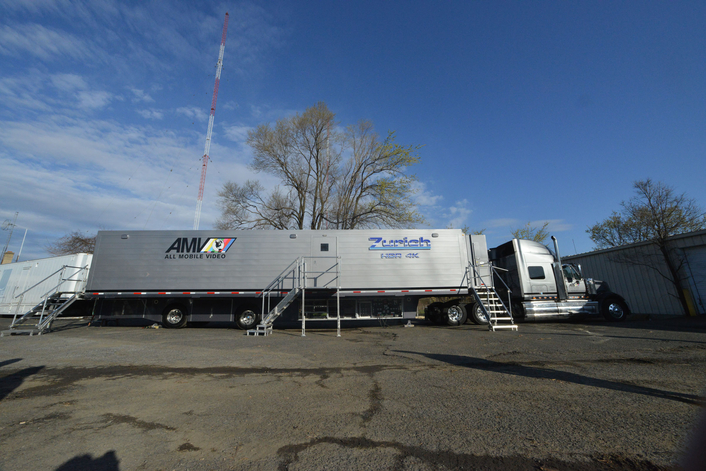 All Mobile Video (AMV) debuted a new remote truck in late February 2016 at iHeartRadio’s inaugural iHeart80s Party in Los Angeles with 11 Focusrite RedNet converters installed to handle management and distribution of the audio communications, IFB and camera control circuits throughout the video and audio production environment. The iHeart80s Party, produced at the 17,500-capacity Forum in Inglewood, California, featured 1980s music legends Culture Club, Billy Idol, Missing Persons, Rick Springfield, Loverboy and Tears For Fears, as well as DJs and VJs from the decade.

The RedNet system, combined with an RTS ADAM® Frame with OMNEO® media networking option, has been implemented initially to distribute audio communications over the Dante™ network to audio and video production personnel. A single 8-channel RedNet 1 unit has been installed to carry IFB interrupt signals while a second RedNet 1 handles IFB non-interrupt circuits. Five 16-channel RedNet 2 boxes transport the 4-wire intercoms to the outside world along with the camera CCU links and 2- to 4-wire comms. 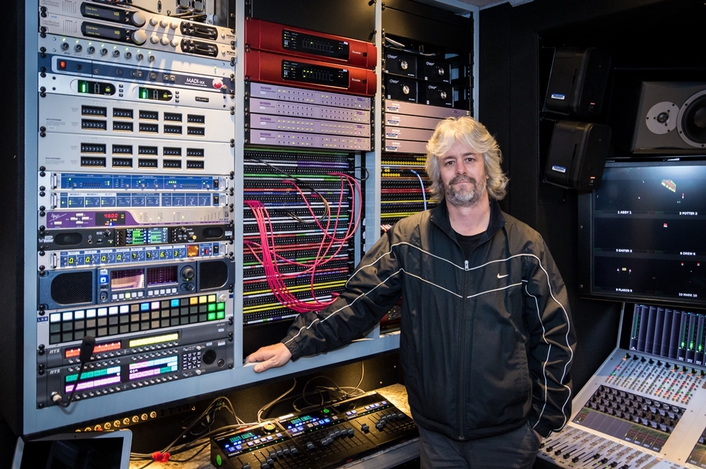 The company’s new 4K-capable truck, named Zurich, was at The Forum to generate the live broadcast to iHeartRadio’s digital platforms while also shooting and archiving Ultra High-Definition video of the show to meet future demand. Al Centrella, A1 audio operator, created the live broadcast production audio mix in Zurich, integrating the music mix delivered by mixers Jay Vicari and John Harris in the two M3 (Music Mix Mobile) trucks at the venue.

According to Ian Vysick, Audio Development Specialist for AMV, while the Zurich’s mixing console primarily interfaces via MADI, “Everything else is Dante through RedNet. We’re up to 68 ports just for the Dante system—it’s every panel, every device.” Network switches located fore and aft distribute the managed system throughout the truck.

Zurich is one of the few remote trucks in the country to adopt IP networking on this scale, says Vysick, who plans to begin testing the capabilities of the network by moving audio around the truck and to and from the stage, as well as interfacing with other production entities at future events. One of the country’s premier providers of end-to-end video and audio solutions, AMV offers a full spectrum of production services, including a fleet of mobile production units that regularly provide the path to television for major events including the Macy’s Day Parade, the GRAMMY® Awards, MTV Movie Awards and many others. 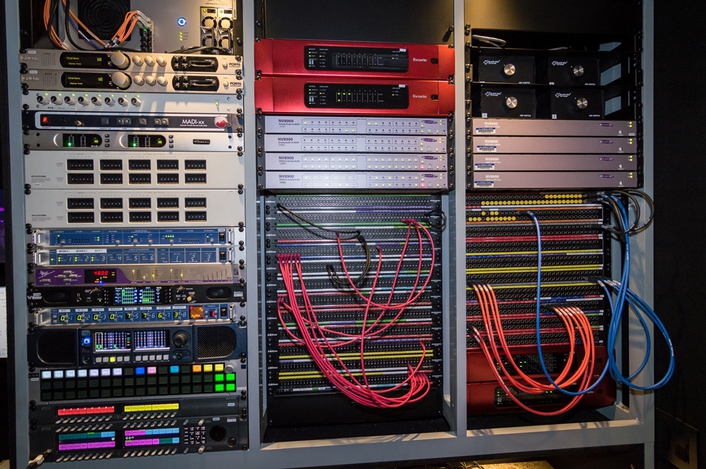 Racks of processors inside All Mobile Video’s Zurich truck, including an arsenal of Focusrite RedNet converters.

The truck’s mixing console and broadcast audio monitoring system are additionally fitted with Dante interface cards, and Vysick plans to deploy the other four RedNet 2 units as portable 16-channel interfaces. “This vehicle will lead the way as AMV continues its path towards full IP integration,” Vysick predicts. “At an event I can say, I’ve got Dante at stage left, just patch something into it. Let’s start passing Dante audio back and forth, crimp it, run over it. Let’s learn what networking does and get other people to play along. Then we can all go forward together.”

Vysick already had a couple of Focusrite RedNet units when he began designing this new truck, and was particularly attracted to the front panel metering features. “Dante as a platform is so new that there’s a limited amount of test equipment out there,” he says. “The metering built into the front panel of the RedNet devices is important because I get a visual confirmation that the signal is hitting the converter when I talk. It provides an important level of confidence in that way.” Plus, he says, RedNet just plain sounds good. “A lot of what we do is music, so the sonic quality has to be there, even for intercoms.”

RedNet and Dante are also providing some very practical benefits. As Vysick explains, the use of networking helped eliminate at least 15 patch bays and the associated cable runs, saving a tremendous amount of weight—a critical factor in a truck’s design and its operational costs, including, over the road tariffs, fuel and tires. 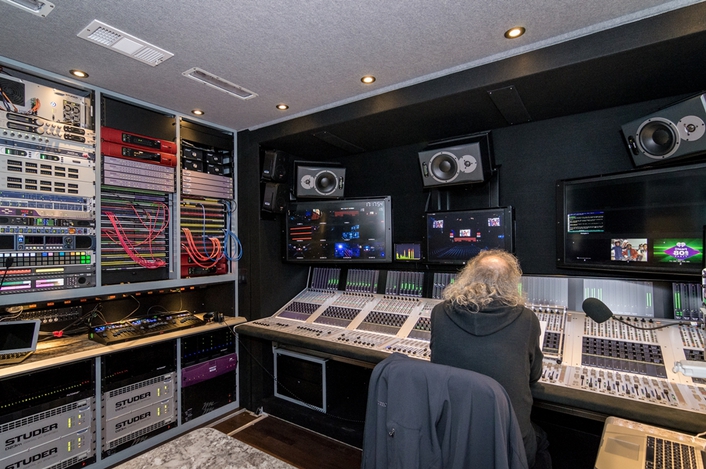 The interior All Mobile Video’s Zurich truck, outfitted with Focusrite RedNet converters to handle management and distribution of the audio communications.