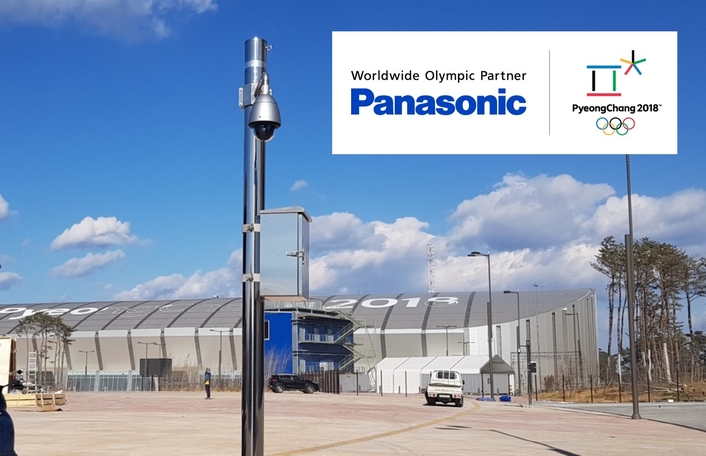 Panasonic has been a TOP sponsor since the Olympic Winter Games Calgary 1988, and the Olympic Winter Games PyeongChang 2018 will mark the 30th anniversary of its sponsorship. Over the last three decades, Panasonic has been contributing to the Olympic Games with its cutting-edge AV technology. Following its achievements in the Olympic Games Rio 2016 last summer, Panasonic will provide solutions using its latest AV equipment and projection mapping technologies as its core technology for the opening ceremony, scheduled for February 9, to assist with the staging of both the opening and closing ceremonies.

Panasonic will supply around 80 of its PT-RZ31K/RQ32K highbrightness compact 30,000-lumens class projectors, AV-HS6000 Series Broadcast Grade 2ME Live Switchers2, plus a full lineup of AV systems to the Olympic Stadium to support the staging of the opening and closing ceremonies. Panasonic will also install 42 of its LED video screens and video systems in the competition venues, giving a total screen area of 1,640 m². Panasonic has also reentered the high end of the professional audio systems market, for which the company has worked on development toward the Olympic Winter Games PyeongChang 2018. The dynamic audio of its RAMSA brand line-array speakers will amplify the excitement of competitions at four venues: the ski jumping and snowboard venues, Yongpyong alpine skiing venue, and Gangneung Olympic Park.

In addition, a multi-video distribution system and 360-degree cameras are planned to be adopted in the competition venue on a trial basis as part of the company's new initiatives toward 2020.

Panasonic's P2HD broadcast camera system has already been chosen as the recording equipment for the PyeongChang 2018. The company will deliver a mass of broadcasting equipment, including the AJ-PX5000G camera recorder featuring AVC-ULTRA codecs3 to the International Broadcasting Center (IBC). Since the Olympic Games Barcelona 1992, the Olympic Winter Games PyeongChang 2018 will be the 13th Olympic Games in which Panasonic's digital technology is used as the official recording format.

Paralympic Movement by supporting the operation of the Olympic Games as a TOP sponsor with its cutting-edge products, technologies, and solutions. 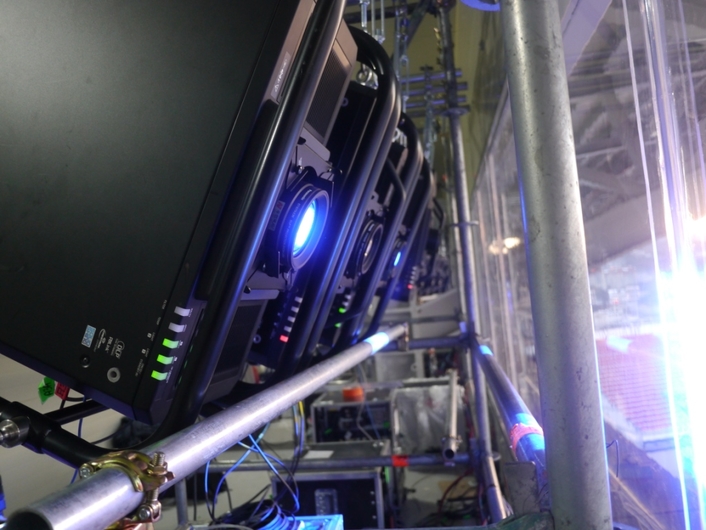 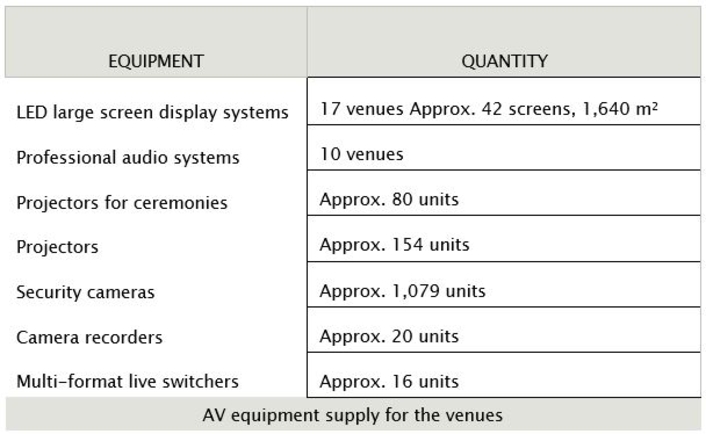 Panasonic Corporation is a worldwide leader in the development of diverse electronics technologies and solutions for customers in the consumer electronics, housing, automotive, and B2B businesses. Celebrating its 100th anniversary in 2018, the company has expanded globally and now operates 495 subsidiaries and 91 associated companies worldwide, recording consolidated net sales of Euro 61.711 billion for the year ended March 31, 2017. Committed to pursuing new value through innovation across divisional lines, the company uses its technologies to create a better life and a better world for its customers.