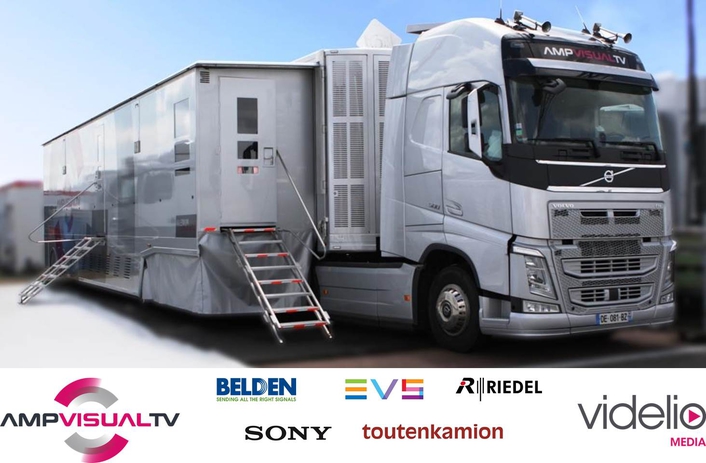 Only an exceptional event would do for an exceptional OB truck, so AMP VISUAL TVdecided to debut this new mobile unit at an ultra-famous race. The Millenium Signature 12 combines a multitude of excellent features, so it has a huge range of assets and advantages.

With 24-hour non-stop programming, 45 cameras lining the edge of the circuit, 52 cameras mounted on board vehicles and a staff of 385 to cater for 35 million viewers, for this event AMP VISUAL TV had quite a lot on its plate! 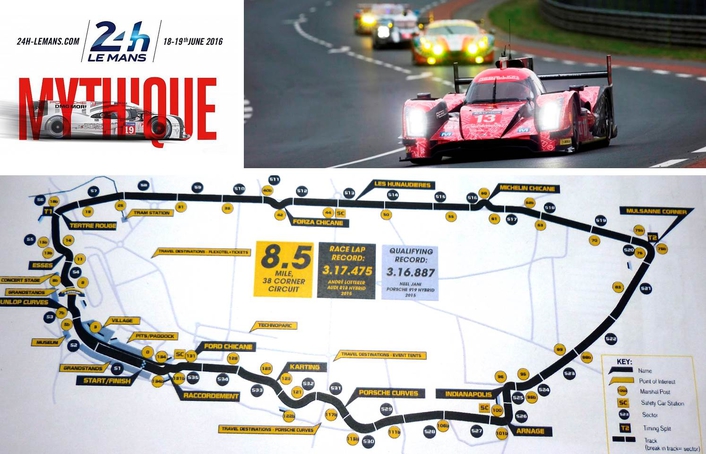 In 2016, the technical systems were orchestrated using AMP VISUAL TV's all-new OB truck. It covers an unusual amount of space (85m2) and has all the power of two units, making for a uniquely comfortable working environment. It can manage two international signal programmes (one for the pit lane, the other for the racetrack itself). 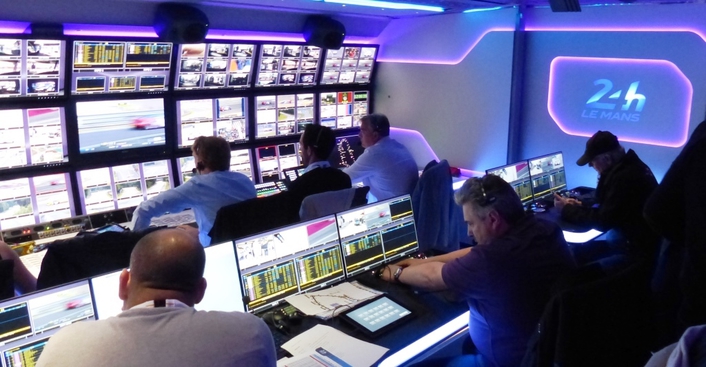 Production Area in the Millenium Signature 12

Another OB truck introduced at the start of the year is programmed to receive all RF signals. Because the Extender 5 RF can be modified to combine various compartments, this powerful truck was able to capture images from all the RF cameras (of which there were more than a dozen, including a cable cam 360m above the pit lane, a I-MOVIX  HyperSlowMotion and a helicopter), as well as images from each of the 18 LMP1 racing cars with three or four cameras each. This was a mammoth task, but it meant viewers were so immersed that they felt like they were sitting beside the drivers. 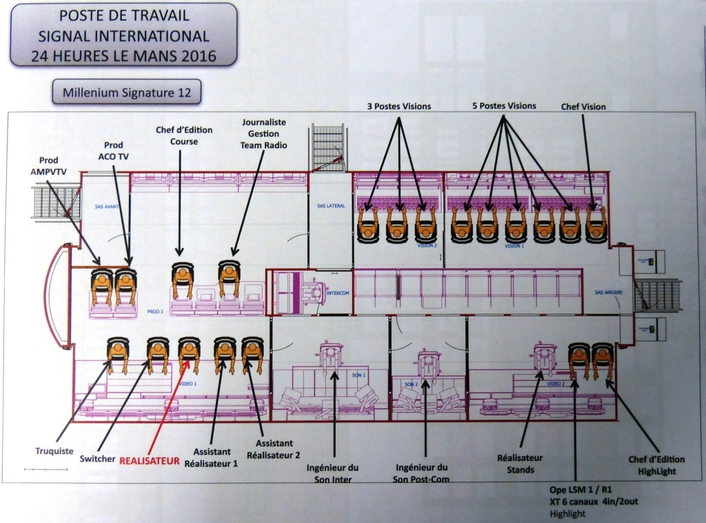 Graphics and slow motion were managed by two units, the Extender 2 and the Extender 3, both of which are renowned for their versatility. Complemented with augmented reality, this made for an incredibly dynamic broadcast with graphics embedded in the images using live tracking.

The Optimum 6 and Optimum 9 OB trucks completed the technical resources for Eurosport International and Eurosport France. Coach 10 and the IXI PROD truck worked in tandem for the UK channel Quest TV. All in all, 30 channels showed the 24 Heures du Mans race in 190 different countries, making it a genuinely global event. 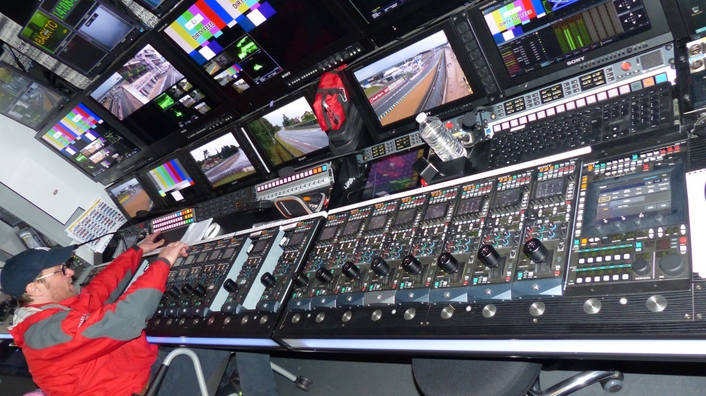 This particular 24 Heures du Mans was the 84th in history, but also the most digitalised. The race was enhanced by a special second screen application for which AMP VISUAL TV guaranteed total streaming from 23 sources, some of which were the participating makes' private events. The experience went ever further than this however, as AMP VISUAL TV used a 360° camera on one of the cars and its images were available as VOD in a special area in the Village, giving people the chance to see the race from a completely new angle.

The Broadcast Compound in Le Mans

It is not easy to provide cutting-edge technology, innovation, unrivalled expertise and unfailing organisation and coordination, but here all these ingredients came together to create a fantastic broadcast!