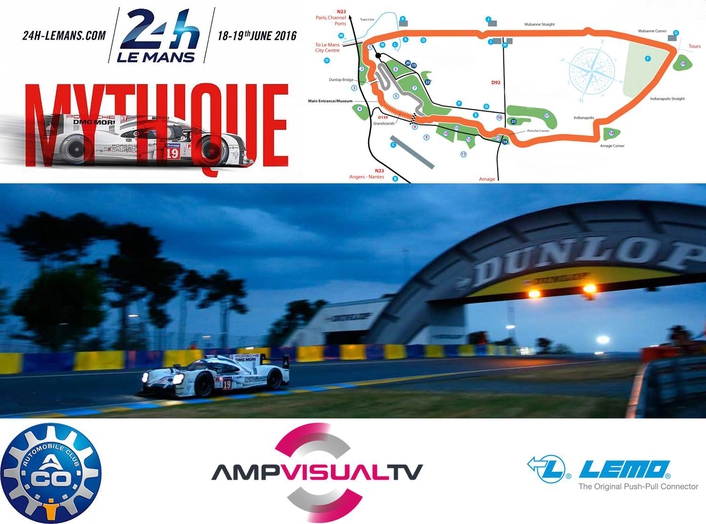 The 84th 24 Hours of Le Mans (French: 84e 24 Heures du Mans) was an automobile endurance event held from 15 to 19 June 2016 at the Circuit de la Sarthe, Le Mans, France. The race was organised by the Automobile Club de l'Ouest – and the new AMP VISUAL TV Millenium Signature 12 truck was the center of the worldwide broadcasting of the event.

The Millenium Signature 12 was designed in-house and with 76sqm floor surface it can be considered as one of the most spacious OB trucks in Europe, if not worldwide. System integrator Preview fitted out the interiors according to the AMP VISUAL TV’s specifications. The capabilities of the AMP VISUAL TV truck were certainly highlighted effectively during Le Mans 24 Hours. The two control rooms produced the international signal for around 35 million television and internet viewers around the world. The secondary production room focused on the activity in the stands, whilst the main production room handled a total of about 45 cameras deployed around the racing circuit and 52 RF camera systems embedded in the racing cars.

In addition to the Millenium Signature 12 there were six other units in use to cover the event, including the Extender 5 RF for wireless production and Extender 2 and 3 trucks for graphics and slow motion effects. Backbone in the Millenium Signature 12 is a Riedel Mediornet with close to 100(!) nodes which handled the 97 camera signals from around the track and from inside the racing cars seamlessly – decentralized video routing at its best. 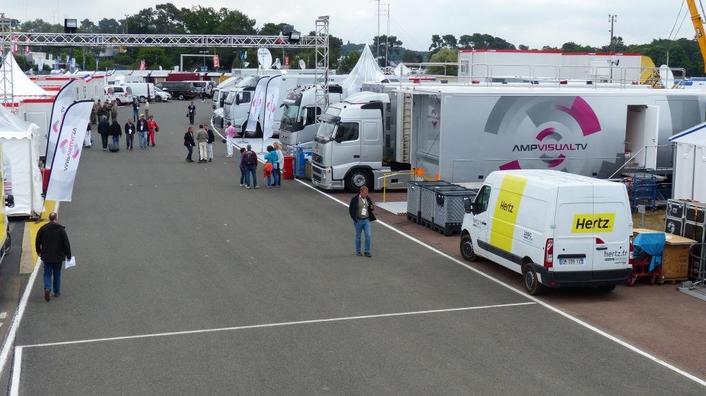 The Race of the LMP-1 Cars: Audi, Porsche, Rebellion, Toyota
Porsche started from pole position for the second consecutive year, but heavy rainfall forced the organizers to start the race behind a safety car. Once the rain had stopped the field and the track sufficiently dried the field was released from under safety car conditions. Toyota, Audi, and Porsche traded off the race lead in the early hours until the # 6 Toyota established a firm hold on first place, followed by the # 5 Toyota and # Porsche. Issues for the # 6 eventually allowed the # 5 Toyota to take over the lead, maintaining a small gap from the Porsche. 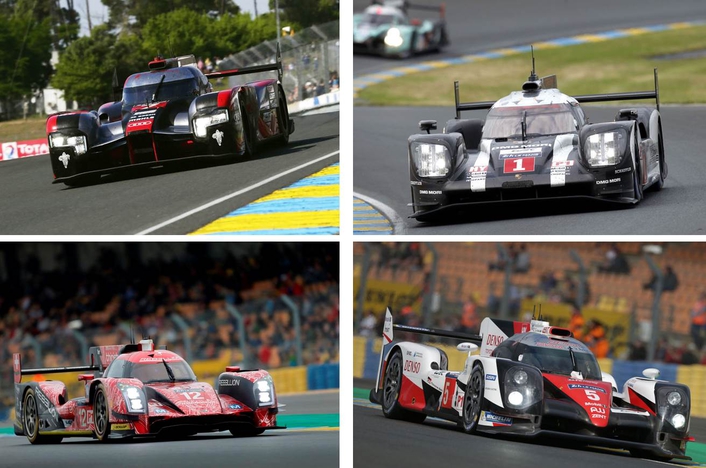 In the closing three minutes of the race the #5 Toyota suffered a mechanical issue and stopped on the circuit right after the finish line on his last lap. The # 2 Porsche overcame the one-minute gap to the ailing Toyota and passed it on the final lap, taking the race victory. The # 6 Toyota finished three laps behind in second, while the # 8 Audi completed the race podium. 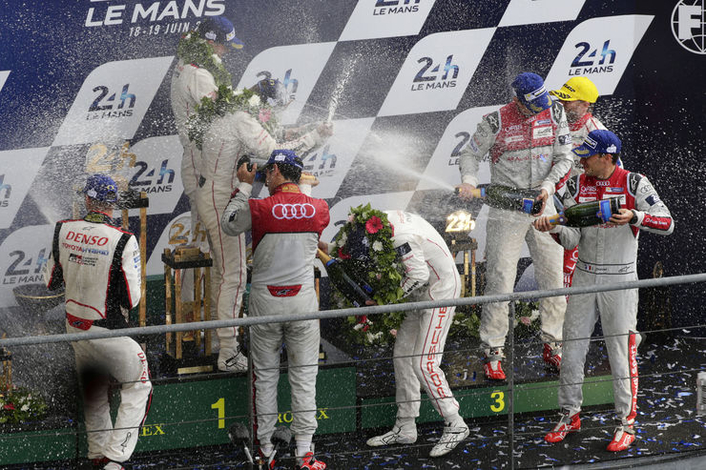 Rebellion Racing is the only team to have contested the domination of the factory teams from Audi, Porsche, Toyota and Peugeot in the past four years in the World Endurance Championship. Rebellion Racing is the dominant privateer LMP-1 Team in the FIA World Endurance Championship and they have also won prestigious race events in the USA in the past two years. 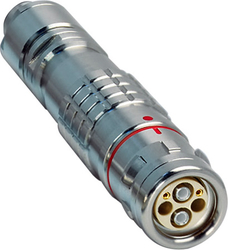 Together with Mouser Electronics LEMO is sponsoring the Rebellion team in the 2016 season to guaranty that the teams have the best on-board connectors to get their high performing racing cars across the finish line and finally to the winner's circle. LEMO’s Automotive Connectors stand for power, endurance, rigor, reliability and performance. Proven in Formula One and other motorsport applications, LEMO is a dependable connector source for high end automotive and commercial vehicle solutions.

The same is true for the SMPTE Fibre Connectors LEMO is supplying for the Broadcast industry in general and also for the AMP VISUAL TV Millenium Signature 12 truck in particular. As soon as the race was over the Millenium Signature 12 truck dismantled all the connections in Le Mans and made its way to the football stadium in Bordeaux for the 4K production of the UEFA Euro 2016 quarter-finals and one semi-final again connecting all the cameras to the OBVan with the connectors from LEMO.