Martin Audio partner and sub-distributor Old Barn Audio (OBA) has been a regular visitor to the Lee Valley White Water Centre in Waltham Cross recently. Originally constructed in 2010 at a cost of £31m as one of the 2012 London Olympics host venues, it has now undergone an upgrade to its installed sound system in preparation for hosting the recent ICF Canoe Slalom World Championships.

OBA director, Phil Clark says ‘the building is now being developed as a multi-purpose space for functions, including team building, but the former sound system had been specified for speech only by the main contractor rather than a specialist pro audio company.  “As the Centre moves forward into a standalone commercial entity from its lottery grant funding, it needed a sound system that operated more comprehensively so Fieke Reijntjes (Lee Valley’s Head of Corporate Services) contacted us to complete this upgrade. Because Martin Audio had launched CDD, with its revolutionary Coaxial Differential Dispersion technology, we thought this high profile venue was a perfect match for this brand new product.” 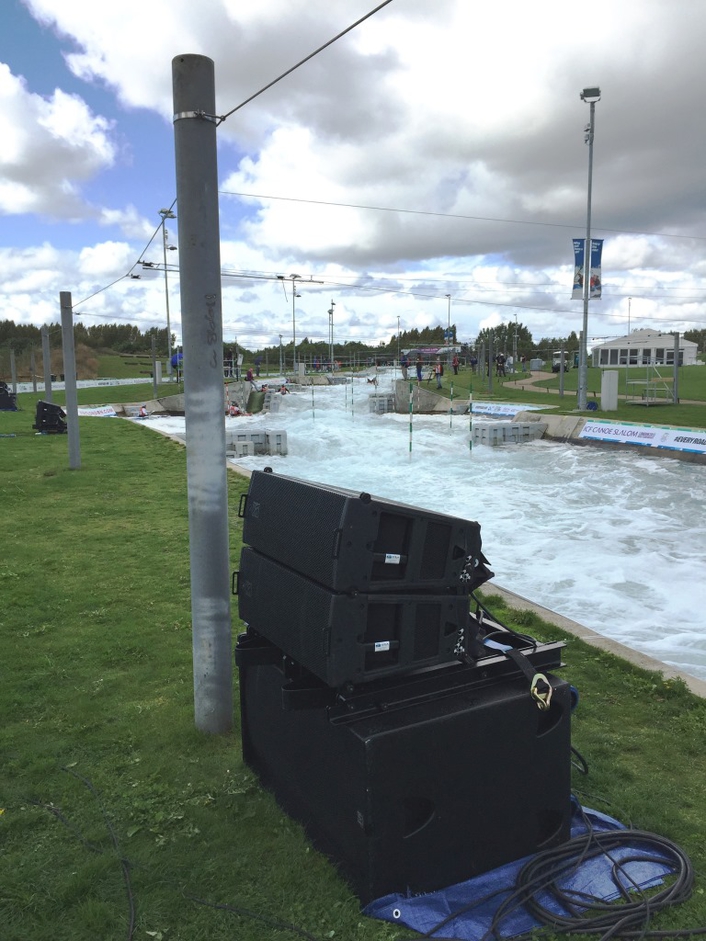 As the upgrade progressed, OBA removed the old amplifiers and processing and two thirds of the speakers. The new system is now divided into 16 zones served by 22 amplifier channels using powerful processing, while the signals are transported over a Dante network, and offer iPad style control from a fixed position at Reception. A further tablet was supplied, all on a complete closed audio network, offering the staff complete flexibility to walk around the venue and adjust levels and sources.

OBA selected five CDD10 (10”), spaced under the balcony eaves to serve the terraces, while two independent meeting rooms have also been fitted with a pair of smaller CDD6 (6.5”), positioned near the projectors for background music; a local input has been provided for each room so the users can either choose BGM or local input source all via a dedicated digital wall panel.  Each of these rooms also contains a balcony where music is fed by a pair of CDD8 (8”), linked to both of the internal systems.

Phil Clark says that while the client began tentatively in setting audio renovation budgets, “they are now realising how good audio can sound, and consequently see the greater hire potential. In fact the end result sounds fantastic — they have not heard anything like it. The difference in sound quality from the original horns is like night and day, and the new CDD’s are pumping out high quality background music to every zone. 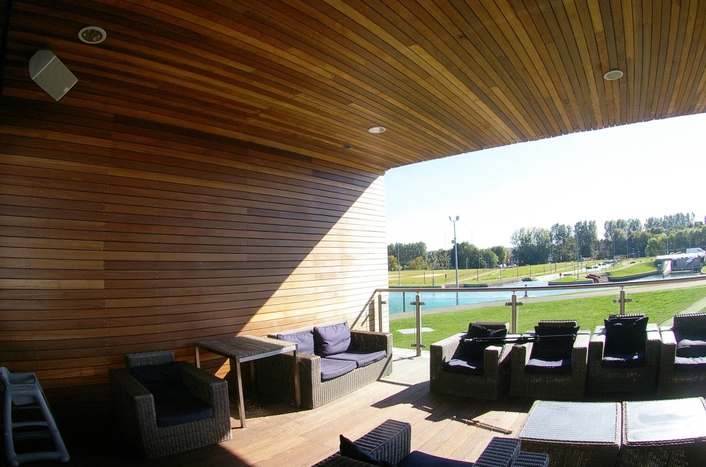 In addition, OBA has provided numerous plug-in points around the entertaining zones so that bands (and other users) can set up and play through the entire system.

Clark’s comments were echoed by Chris Bailey, Technical Manager, Lee Valley Leisure Trust. “The addition of the Martin Audio CDD range of speakers has really made a positive difference to the audio experience at the Centre,” he said.

“We had paging horns installed on our roof terrace previously which were primarily designed for speech not music — the replacement of these horns with the CDD range boxes has made a huge difference to the intelligibility and fullness of the music. The CDD boxes have a good dynamic range and produce a soft sound that is not overly dominant in any of the key frequency bands. The bass response from the boxes is good and does not intrude on the clarity of the produced sound.”

This is far from the end of the story, however, as OBA have provided cabling infrastructure to allow three further Martin Audio CSX118 (1 x 18”) subs to be added to the terrace entertainment area, while they will also be specifying further CDD10’s and CSX118 at the Lee Valley Ice Centre in Leyton, which falls under the same administration. This was confirmed by Chris Bailey who stated, “This will be a massive step up for the audio quality at the Ice Centre and will give us one of the best sound systems of any Ice Rink in the United Kingdom.” 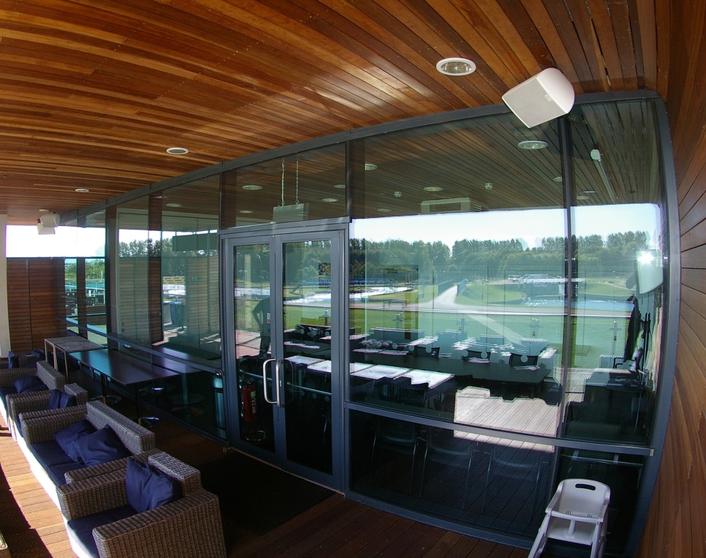 As impressed with OBA’s professionalism as they were unimpressed by the line array that had been temporarily installed for the 2012 Olympics, the British Canoeing Union (BCU) then requested MLA Compact to run along the course for the six-day long ICF Canoe Slalom World Championships to relay commentary both to the crowds who filled the temporary stands, and live to air.

The BCU brought in events company MLS, who not only contracted OBA to provide the sound reinforcement but also Great Big Events, who provided the onsite commentary.

“The existing horns would not have been adequate,” reflects Phil Clark, “and so we installed five ground-stacks of our MLA Compact along the course — linked by RF to the internal system, which enabled the commentary to be heard inside the clubhouse venue on the inside. The result sounded fantastic!”

The pair of full-range MLA Compacts that constituted the stacks were supplemented in three instances by Martin Audio WS218X (2 x 18”) subs on three stacks, pointing into the stands, while the other two stacks were pointed at the banked seating, carved into the land surrounding the course. Because of the different contouring of the banking, reduced sightlines and need for low impact visibility, it required an imaginative design — and precision optimisation,” said the OBA director. To that end five independent designs were developed on each stack using Martin Audio’s proprietary DISPLAY software. OBA were aided for the duration of the event by fellow MLA owner, Doug Hunt of DHSL. 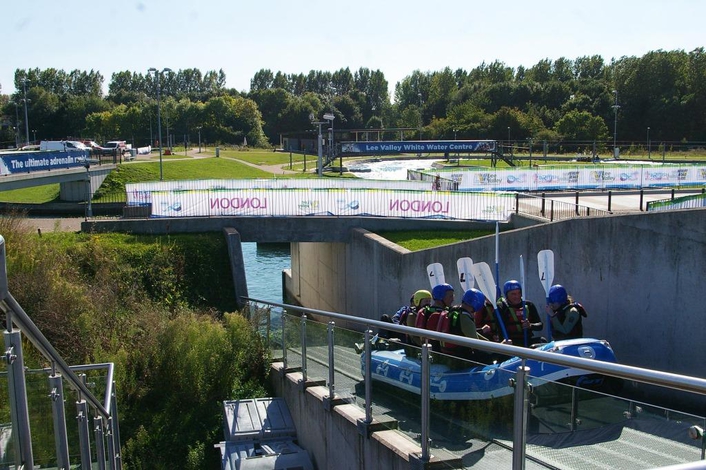 Summing up, Chris Bailey says, “Our customers really like the sound on the terrace bar now and they proved a huge success at the ICF World Championships in conjunction with [OBA’s] Martin Audio MLA Compact, which delivered all the onsite commentary and music required.”

And Phil Clark added, “MLS were thrilled with the results and have promised to work with us again.”