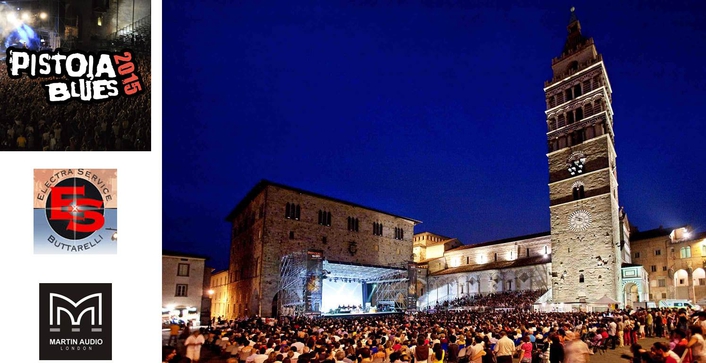 Dating back to 1980, when legendary names like BB King, Muddy Waters, Fats Domino and John Lee Hooker were among headliners at the inaugural Pistoia Blues festival in Tuscany, this remains one of the most durable annual events in Europe. Supported by a Martin Audio PA, the 2015 edition again took place in the beautiful city’s Piazza Duomo over the course of nine evenings (between July 1-24) — organised by the Associazione Blues in conjunction with the Comune di Pistoia, (City of Pistoia).

Technical infrastructure was provided by the long-standing Electra Service, headed by Roberto Buttarelli, with the main PA system — Martin Audio’s flagship MLA — provided by the consortium, All Access. 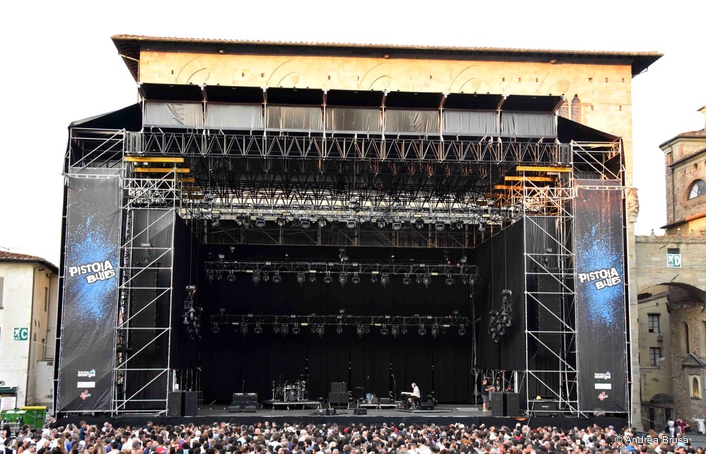 All Access had been set up in 2011 (at Buttarelli’s suggestion) to purchase the award-winning MLA multicellular system, which is now increasingly being used in national and international productions. 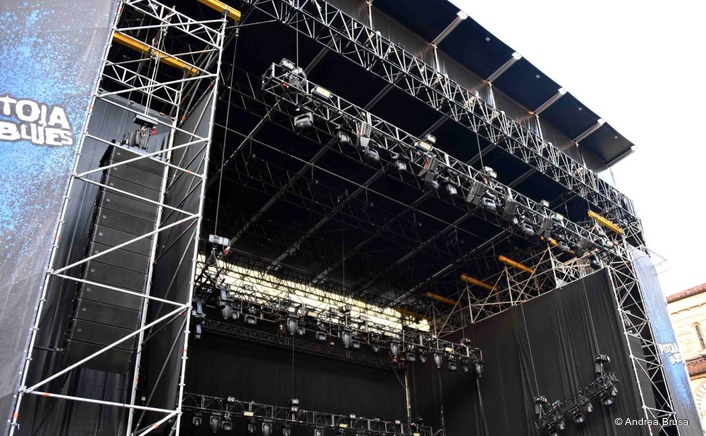 Talami explained, “As in the 2014 edition of Pistoia Blues we again ran the MLA in practically the same configuration — with the addition of the W8LM outfills; this expansion was due to the installation of new grandstands on the sides of the historic Piazza Duomo.

“The total number of W8LM’s was 20, including the infill system and all were amplified by the new Powersoft X-series amplifiers,” he confirmed.

Red Talami confirms that all artists’ production teams were entirely at ease with the FOH set-up. “Most system techs and FOH engineers had already used the Martin Audio MLA system in the recent past — and being able to work with a team of technicians already accustomed to using this system made the work more efficient and therefore more enjoyable.

“Also, as the event took place in a historical context — in a square surrounded by walls and tall buildings covering dozens of metres — Martin Audio’s Display software was essential, just as it had been last year. We were drastically able to limit all kinds of sound reflections while allowing very detailed and consistent coverage everywhere. 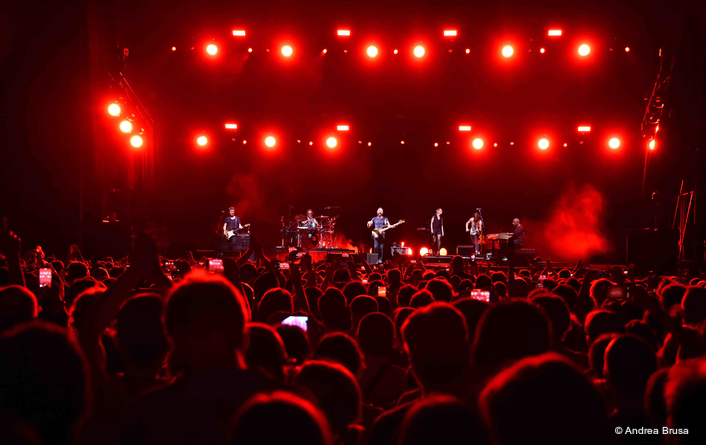 In conclusion production paid credit to all the audio crew — the same team that made 2014 such a big success. These included Vittorio Magro, Tonio Gargano, Beppe Acito, Andrea Frassy, Jean Claude Edifizii.