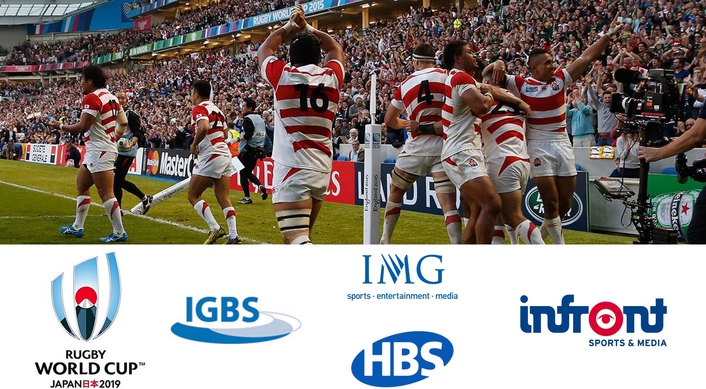 With a proven track record in major event host broadcast services, IGBS, a partnership between HBS and IMG, will be responsible for the world feed delivery to rights holding broadcasters as well as production innovation and content production for one of the world’s biggest and best-loved major sports events.

The decision to appoint a specialised host broadcaster for the first time, reflects the global governing body’s commitment to the highest standards of innovation and consistency between tournaments, while enabling new innovations and fan-engagement priorities to be delivered.

Rugby World Cup 2015 in England set new standards in production innovation and coverage, delivering record broadcast figures in what was the most-watched and best-engaged rugby event ever and the most-spoken about sporting event of the year.

And with Japan set to break new ground as the host of the first Rugby World Cup in Asia, excitement is already building in a nation where 59 million viewers tuned into last year’s showcase tournament and where rugby participation has increased by 5,000 and rugby interest increased by 40 per cent since 2015.

World Rugby Chairman Bill Beaumont said: “Rugby World Cup 2015 set new standards of rugby broadcast innovation and delivery, providing fans in a record number of nations with every unforgettable moment from the most compelling and competitive tournament to date.

“We look forward to working with IGBS to deliver an exceptional service and experience for broadcasters and fans around the world as we anticipate a tournament that will be the catalyst to unprecedented participation growth across the world’s most populous region.” 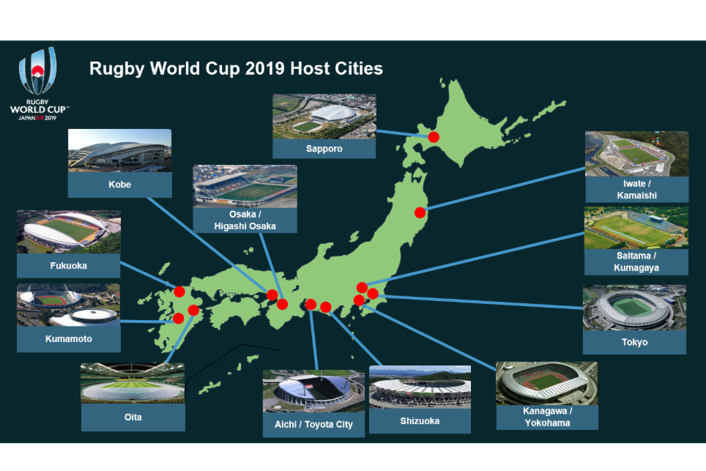 World Rugby Head of Commercial, Broadcast and Marketing Murray Barnett added: “As we look ahead to Japan 2019, the scale of the host broadcast option and its integration into all aspects of tournament planning and fan experience means that the ability to deliver services in-house is an exciting opportunity, reflecting our ambition to build the brand and fan legacy between tournaments by ensuring an innovative and immersive approach to broadcast.”

IGBS Chairman Graham Fry said: “Between us, IMG and HBS, will provide a unique combination of rugby knowledge, host broadcast experience from major sporting events all over the world and familiarity with working in Japan. IMG has worked with Francis Tellier and his HBS team since the 2002 FIFA World Cup in Japan and Korea. Our experience and expertise complement each other perfectly.

“The 2015 event was a huge global success, not least in Japan where their outstanding opening match victory over South Africa set the tone for an amazing tournament and captured the imagination of the nation.”

World Rugby is currently undergoing a process to appoint the rights holding broadcaster in Japan to ensure that more people across the nation have access to rugby in the build-up to the tournament, while delivering the best-possible platform to reach and inspire new fans.