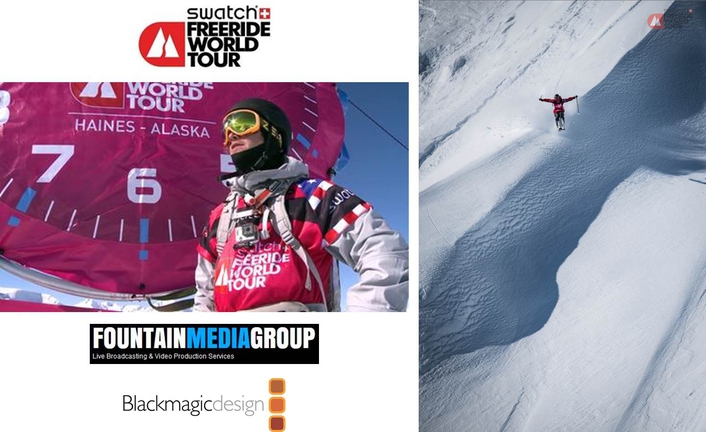 Blackmagic Design announced today the Swatch Freeride World Tour Alaska leg was broadcast globally with the help of Fountain Media Group (FMG) using Blackmagic Design 4K products, including production switchers, monitors, converters and SSD recorders. The broadcast HQ for the event was 1,500 meters up an Alaskan ridge adjacent a mountain face known as "The Venue.” The crew staged and camped for 11 days with Blackmagic Design equipment, waiting for the perfect weather conditions to run the one day competition and live broadcast.

Freeriding is a sport watched by millions around the world and involves skiers and snowboarders dropped at the top of high mountains and judged as they ski across what often looks like impossible to traverse terrain. The Swatch Freeride World Tour is the premiere set of events in freeriding and takes place on mountains around the world. 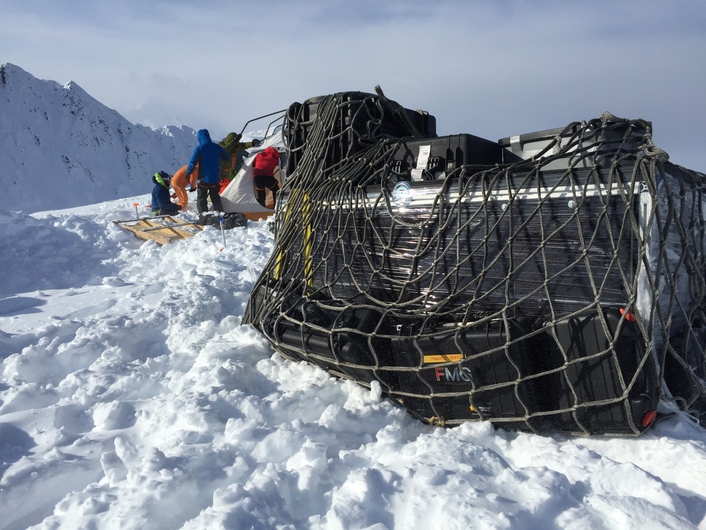 Freeriding athletes are judged on style, creativity, degree of difficulty and how much control they maintain while riding some of the worlds most famous big mountain backcountry faces. Because the courses take the riders in and out of trees, rocks and snow mounds, traditional broadcasting is near impossible. It requires a large number of cameras, both on the ground and in the air, as well as production sites located directly on the mountain itself, with broadcast crews living in tents at altitudes only accessible via helicopter. 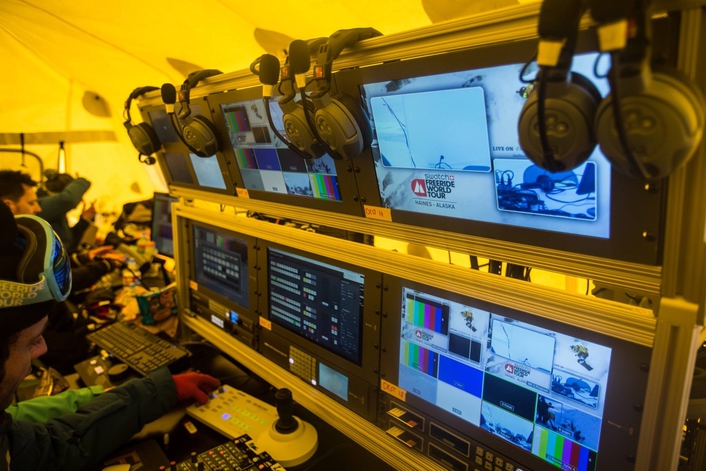 Packed in FMGs custom built 3RU fly pack are an ATEM2 M/E Production Studio 4K production switcher, an ATEM 1 M/E Broadcast Panel, ATEM Studio Converter, Smart Videohub 20x20 router, SmartView HD monitors, SmartScope Duo 4K monitors, HyperDeck Studio Pro broadcast recorders, Audio Monitors and a wide selection of Broadcast Converters. "Our fly pack and gear was sling loaded and dropped by helicopter 2500m up onto a ridge where we staged and made base camp. After 11 days of standby due to weather we were rewarded on the 12th day with a blue bird Alaskan day!

“The goal was to build a unique road case to house all our work stations and equipment for video switching, instant replay, image control and audio mixing. With the push of a button our design quickly transforms from a shipping road case to work stations for all the crew.” said Andrew Fountain, CEO of FMG.

After 11 days of standby due to weather we were rewarded on the 12th day with a blue bird Alaskan day!

The broadcast utilized eight camera positions to cover each athletes run from start to finish, featuring a CineFlex helicopter follow camera, two long lenses located across the ridge, start gate and finish line camera positions, athlete pov, commentators and roaming interviews with talent. Each potential event day the entire crew was staged and heli dropped into position, ready to produce and capture six and a half hours of event coverage while uplinked via satellite and streaming live to various websites and broadcast channels around the world.

“The Blackmagic gear we integrated into our 3RU wide fly pack worked perfectly. The combination of our case design and Blackmagic gear has proven over and over again it can withstand extreme environment deployments. This is incredibly rugged broadcast gear you can count on,” Andrew added. 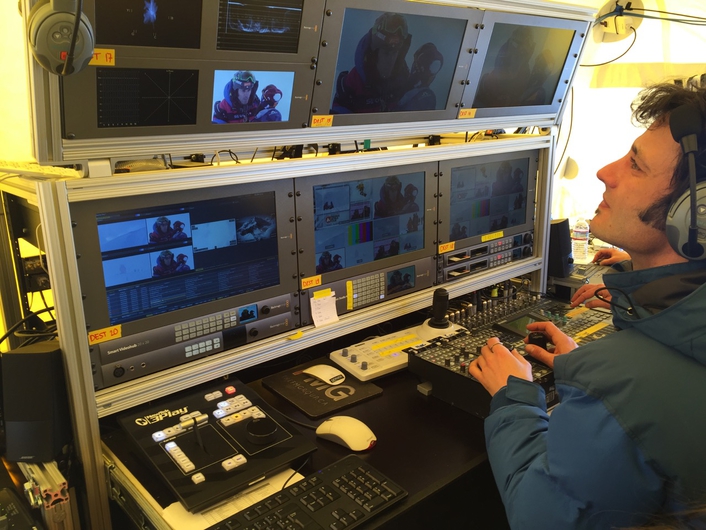 "We just released a 1RU and 2RU fly pack based on our original patent pending design concept with a few extra bells and whistles. Featuring a powder black aluminum frame work to match the industrial design of all the Blackmagic 4K gear, workstations for one to six operators pop out of a road case pre wired and ready to operate,” concluded Andrew.