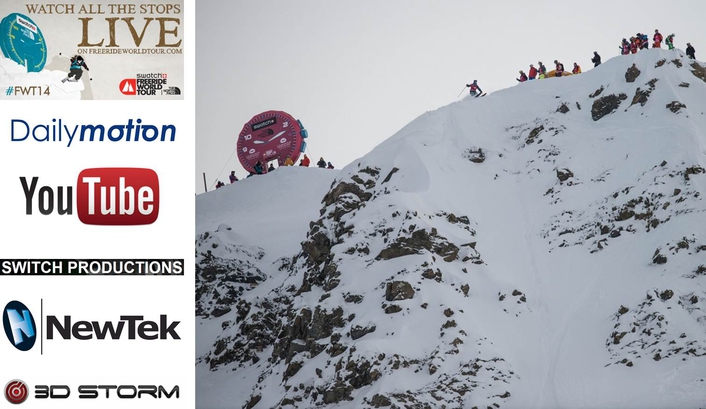 .
The Swatch FreeRide World Tour by The North Face, merge of the Xtreme Verbier, the Freeride World Tour final held since 1996, with the Freeskiing World Tour and The North Face Masters of Snowboarding, is a unique and first-class championship where freeskiers and snowboard freeriders compete for the world's most extreme title. The tour goes all over the world stopping on each continent, on what they call "big mountain", some of the most extreme terrains.

The final, held in Switzerland in Verbier is the most important of all stops. Until two years ago, Verbier was the only competition captured and covered by the media. Switch Productions was created by Steeve Morales in 2012, when the tour went live for the first time and when it was time to bring on the big equipments to capture the complete event.

A Ride to Live Stream
Freeride is not what we can call a large public sport, freeriders and snowboarders defy gravity in an extreme and hostile environment. All the competitions depend on the weather conditions, and the sport itself is somehow dangerous, anything can happen. For the past years, a small production was set to feed the big screens on site and to record images. These images were used for making-of and best-of, to be posted on line, or to send highlights to televisions who wanted to cover the event. Basically it was "fast-production", simple content for the Radio Television Suisse, the Swiss Frenchspeaking public broadcasting company. Steeve Morales, Technical Manager on Swatch Freeride World Tour by The North Face, and his team decided to start with a small production system. They would receive the feeds from the television captures and mix them to display a different content. They decided to share this content and post it online, on Dailymotion. They received the encouraging number of 70 000 connections which led them to pursue on that way and stream the event live. 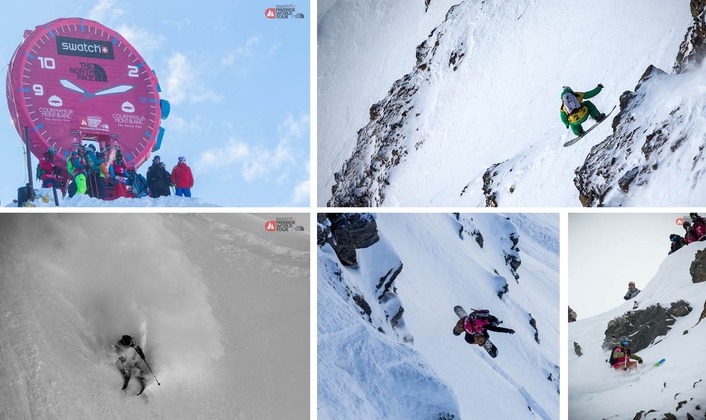 "The Freeride competitions were already followed by a large worldwide audience", says Steeve Morales, technical Manager on the Tour "The stream of our content on the web boosted our audience. Dailymotion was a great support, we decided to buy a complete production system to webcast all the competitions." Steeve Morales created Switch Productions, the official production company of the Swatch Freeride World Tour by The North face.

Since the beginning of the season 2014, the team covered the European stops of the competition. This year, the tour went on some of the highest mountains of the world, Courmayeur in Italy, Chamonix Mont-Blanc in France, Fieberbrunn Pillerseetal in Austria, Snowbird in Utah, USA, Revelstoke in British Colombia, Canada and finally the grand final in Verbier Switzerland.

Produce A High Performance
One would be amazed of the overall production setup for this competition. The biggest challenge of all is the logistics. Each production depends on weather conditions, "it can be settled only 48 hours in advance, and then you have that much time to get the team and the material to the top of the mountain by helicopter, install the production's tent in the powder snow and set the production. That's why we have a kind of "plug and play" production system that can be set in 30 minutes. The 3Play perfectly fits in it." They can fit the production system in two flightcases, easy to move, ready to be connected with the cameras. 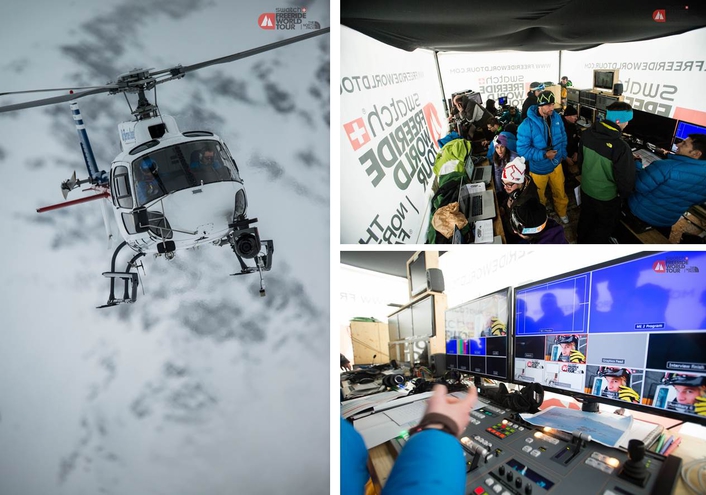 Originally, they were planning to produce a stream in "live conditions" and delay the program out. That is how they came to purchase a 3play 425, NewTek instant replay system with four inputs. "We easily integrated the 3Play with the BlackMagic video mixer". 3Play 425 was the perfect option as it is compact and the integration with other systems is flawless. Working with the system, they realized that with the two independent outputs of the 3Play 425, they could work as if they had two replay servers. "It gives us the possibility to prepare two different programs at the same time, while one is doing the replay, the other can already select some clips for a best-of."

To capture the event, a total of 9 cameras are set to feed the live stream, including two cameras HF on top of the mountain on the starting line, one camera Cineflex in a helicopter, two long lenses placed at about 100 to 200 meters from the studio, two robotized cameras to capture the jury and the speaker, one camera on the finish line and finally one last camera on the sponsors wall with the front runner.

A Final on Top
For the live streaming, they send their program out via a satellite connection. It is streamed live on various platforms, on Swatch Freeride World Tour by The North face Dailymotion page, on Red Bull TV and on the website of the event, www.freerideworldtour.com. Each content is created to fit every existing platforms where they can reach their audience and keep their fans engaged, web, smartphones, second screens, tablets, big screens...They also provide images to the Radio Television Suisse, images of the winners, the front runners, the best performances… all what is relevant for a wide television audience. 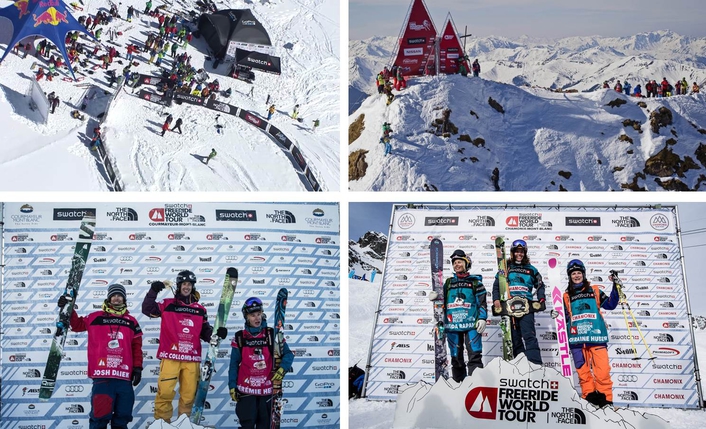 To feed the 3Play, they use the 3 main cameras that have the best views on the competition, and the fourth channel is used to receive the program out. In the end, they have four different feeds coming instantly in the 3Play, providing all the content they need to edit their playlists and after-show videos.

Today, if you watch the images produced by Switch Productions, you will be amazed by the quality they achieved in such extreme conditions. "For the live show, on top of the camera feeds, I receive graphics, the replay content, and we also use the 3Play as a media player." The production seems complex with all the systems they connected together and their knowhow, but the high quality live stream is always delivered.

Totalizing more than 5 millions views on Dailymotion, 8 millions on Youtube, 9 000 Followers, and 80 000 Facebook fans, the Swatch Freeride World Tour by The North Face reaches a wide audience with a great potential "NewTek products open the doors to anyone, to have access to an audience and to be broadcasted somehow." Concludes Steeve "A lot of sports do not have the budgets to buy OB trucks. NewTek systems give companies like us the possibility to broadcast content and to get the exposure they deserve. The product we developed with Switch productions is also turning towards that goal".