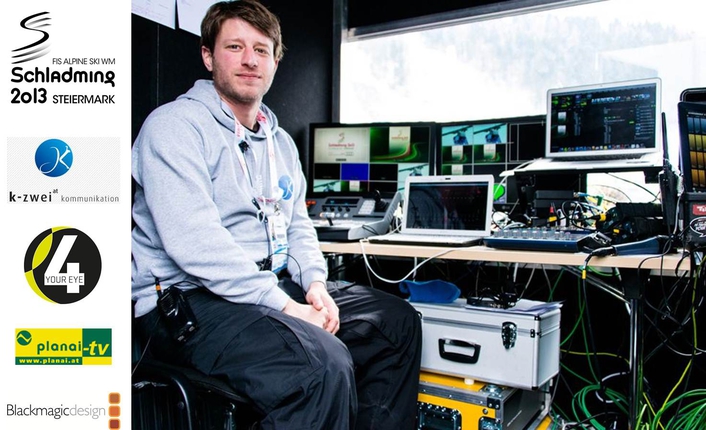 Fan-TV production in Schladming with ATEM from Blackmagic Design
The FIS Alpine Ski World Championships was one of the most highly anticipated events on the winter sporting calendar. Nestled in the heart of the Styrian Enns Valley, known as the ‘four mountain region’, this idyllic Austrian ski resort has played host to the championships for more than three decades. With 400,000 visitors, 650 of the world’s top athletes from 70 nations competing for 33 medals; this year’s championship in Schladming, Austria was a ski spectacle.

To keep fans on the slopes entertained between races, organizers turned to Vienna based event management company K-Zwei Kommunication, who have been responsible for the entire entertainment program at the championship for the past four years. That includes everything from presenting through to creation of editorial content and even music programming. 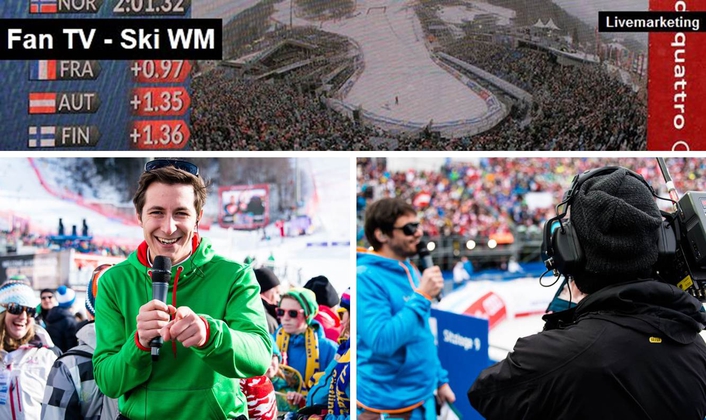 The entertainment is particularly important when there are delays to the action reveals Rene Melik of K-Zwei Kommunikation. “Take for example the opening race, which was delayed for more than four hours due to severe weather. When something like that happens you have ten of thousands of fans waiting to be entertained.”

A team of experienced presenters roamed the crowds with a cameraman conducting short interviews with fans, which they air on Fan-TV along with exclusive material such as interviews with athletes, individual event highlights, bloopers and even an audience ‘kiss cam.’

“This year we introduced a ‘kiss cam’ using a prepared key frame over our cameras’ output; which was a big hit with the audience,” reveals Rene. “It was funny to see how people reacted when they had to kiss the person stood next to them. However, the highlight for me was when a guy got down on one knee to propose marriage. Everyone went crazy. It was a lovely moment to capture.”

Coverage for Fan-TV comprised of a live HD mix from two HD-SDI wireless cameras and four live feeds including a clean, dirty, national and international feed from the official host broadcaster. The cameras’ signal were connected via SDI to the switcher from a wireless receiver, and then mixed with the ORF feeds, using an ATEM 2 M/E Production Switcher with an ATEM 1 M/E Broadcast Panel, set to 1080i50. Graphics were inserted using ATEM’s built in media player, and a Mini Converter SDI Distribution was used to send the HD SDI signal to a total of eight LED screens located through the venue and to an OB unit operated by the local broadcaster, Planai TV.

In addition, a separate auxiliary feed was sent through the ATEM Camera converter and distributed over optical fiber to LED screens located at the finishing line, medal plaza and  VIP and hospitality section. 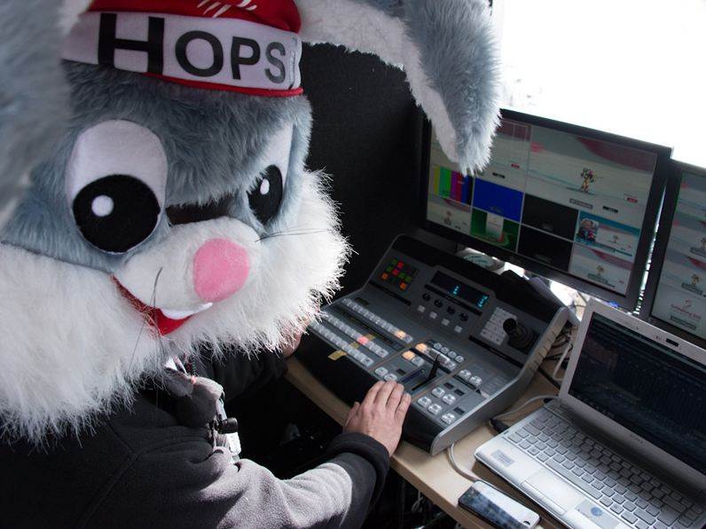 As Rene’s team was working with nine sources in total from both Fan-TV cameras on site and the ORF, having access to a broadcast quality switcher with 16 simultaneous inputs was essential to their workflow.

“With so many sources to juggle, the ATEM 2 M/E was really the only switcher for us,” explains Rene. “Furthermore, since we were mixing our own live sources with the program output from the official broadcaster [ORF] everything had to be broadcast quality, so each cut between Fan-TV and the championship coverage was seamless. The ATEM switcher from Blackmagic gave us the quality and features we needed, at an affordable price.”

”The championships are always a really fun event for us. In addition to being able to watch some of the world’s greatest athletes compete, we get to soak up the atmosphere and engage with an audience who are just as passionate about skiing as we are,” Rene concludes.