.
Blackmagic Design has today announced that the Swatch FreeRide World Tour by The North Face, which showcases the world’s best skiers and snowboarders executing stunts and runs at the top of Europe and North America’s biggest mountain ranges, is live streaming competitions using a Blackmagic Design broadcast infrastructure, including the Teranex 2D Processor and ATEM 2 M/E Production Switcher.

A self contained production unit is constructed at the top of the mountain hosting one of the tour’s four European stops. Three tons of broadcast equipment is helidropped on to the mountain, where a 14 person production crew assembles the unit in a heated tent to protect from freezing cold winds of up to 100 km/h. 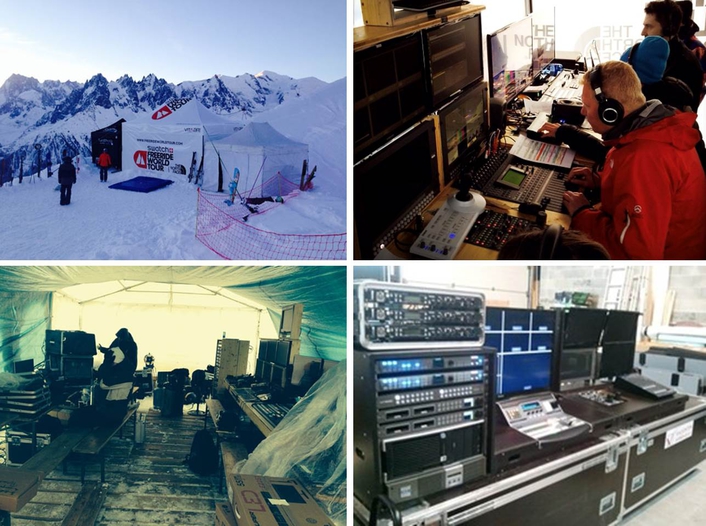 Six ATEM Camera Converters and more than 3 km of optical fiber cable are being used to position six cameras at the finish line, judges’ and presenters’ positions, while wireless cameras are positioned at the start gate and on a helicopter for wide angle shots. The fiber signals are converted back to SDI via two ATEM Studio Converter and routed through a Smart Videohub router to an ATEM 2 M/E Production Switcher.

In addition, the switcher handles feeds from a slow motion instant reply system, and laptops with onscreen graphics, visual indents, judges’ scores and ranking updates. The ATEM 2 M/E Production Switcher’s SuperSource multilayering is used to produce multi camera views of a stunt, or picture in picture effects while SmartView HD monitors paired with Ultrascope enable the team to monitor video signal quality from the various sources.

A program output and clean feed, with scoring and graphics removed, are produced at 1080i50. Routed back through the video router to three Blackmagic Teranex 2D Processors, a clean and dirty audio feed are embedded. One Teranex embeds both the clean (ambiance) and dirty audio (presenters and media) into the program TX output, down scaled to 720p50 and encoded for live streaming via satellite to Red Bull TV, dailymotion and the FreeRide online player. 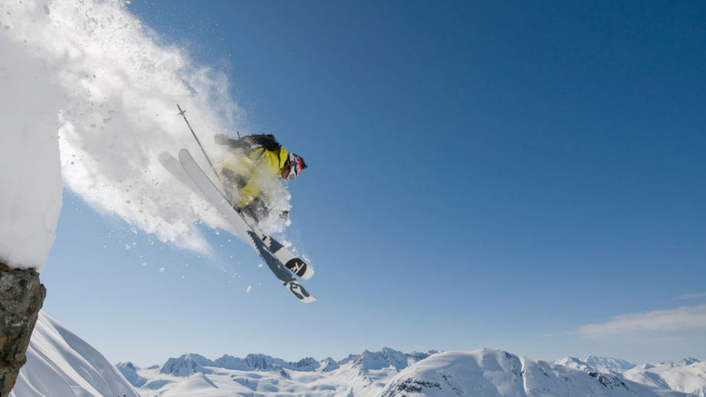 The remaining Teranex 2D processors create two versions of the clean feed, one with the clean audio embedded, and one with the dirty audio feed. These are fed to a pair of HyperDeck Studio Pro recorders at two separate editing stations where highlight packages are produced. “The ability to embed audio with the Teranex 2D and create consistency in our feeds has been essential,” explains Steeve Morales, technical manager, FreeRide Europe and Switch Productions. “We are able to manage the program and clean feeds much more smoothly, and it ensures we have the formats needed for instant and future distribution.” 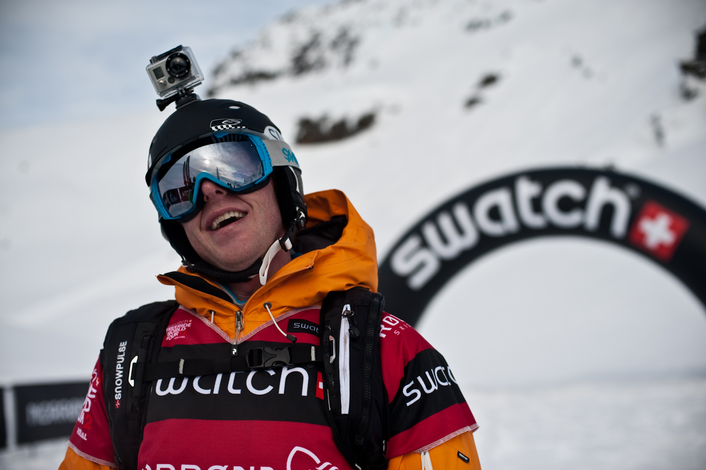 Morales adds: “Previously we would have had to rent the equipment at each stop, which is not only more expensive, but also didn’t give us the consistency a workflow of this scale requires. You don’t want to be worrying about kit not integrating properly when you’re trying to set up in freezing cold temperatures, and the Blackmagic Design equipment has given us a fixed infrastructure that we can rely on, whatever the weather chooses to do.”