FIFA continues testing of video assistant technology during the FIFA U-20 World Cup Korea Republic 2017 (20 May – 11 June), the FIFA Confederations Cup Russia 2017 (17 June – 02 July) and the FIFA Club World Cup UAE 2017 (6 – 16 December).The use of video assistant referees (VARs) at the upcoming FIFA competitions moved a step closer, with FIFA confirming the appointment of Hawk-Eye Innovations as the VAR technology provider for the tournaments mentioned.

The announcement follows a comprehensive tender process, when interested technology providers were invited to submit their proposals. The relevant departments within FIFA examined the use of VAR technology during former trials at the FIFA Club World Cup 2016 in Japan and various tests done in international friendly games.

“FIFA is confident that the choice of Hawk-Eye as the VAR technology provider for the upcoming FIFA tournaments will satisfy the technological requirements needed for such an important innovation which is aimed at enhancing integrity and fairness in our game,” FIFA’s Deputy Secretary General Zvonimir Boban commented.

The 130th Annual General Meeting (AGM) of The International Football Association Board (The IFAB) in Cardiff on 5 March 2016 approved a two-year period of “live experiments with video assistance for clear errors in match-changing situations” involving a Video Assistant Referee (VAR), who will be a match official, to determine if ‘the implementation of VARs improves the game’. The VAR technology should provide the video assistant referees with the best camera angles in the fastest possible time in order to make correct and consistent decisions. THE IFAB approved a detailed set of protocols for the experiments and agreed they should be conducted for a minimum of two years in order to identify the advantages, disadvantages and worst-case scenarios. The set of protocols were drawn up by The IFAB’s Technical Sub-Committee, with support from FIFA’s Technology Innovation Department, and followed discussions with the Football Advisory Panel and Technical Advisory Panel as well as football associations, leagues, other sports and technology providers. 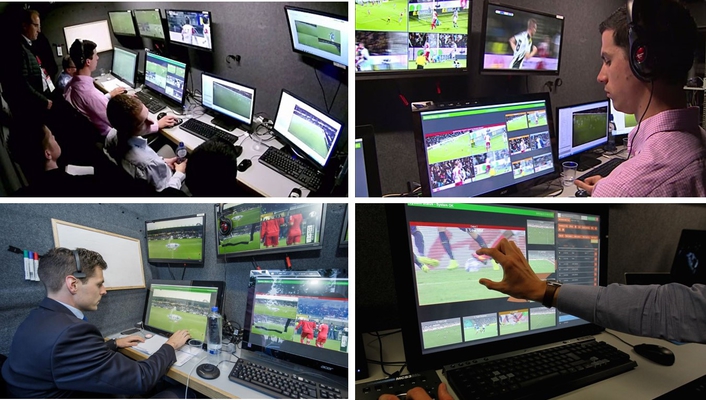 During the trials in the upcoming mentioned FIFA competitions, the task is to examine how the VAR system impacts on the behaviour of players, the behaviour of referees, the response of fans in the stadium and the response of people watching on television. It will be a great deal of further information that The IFAB needs before it takes a final decision on the implementation of VARs in 2018, or 2019 at the latest.