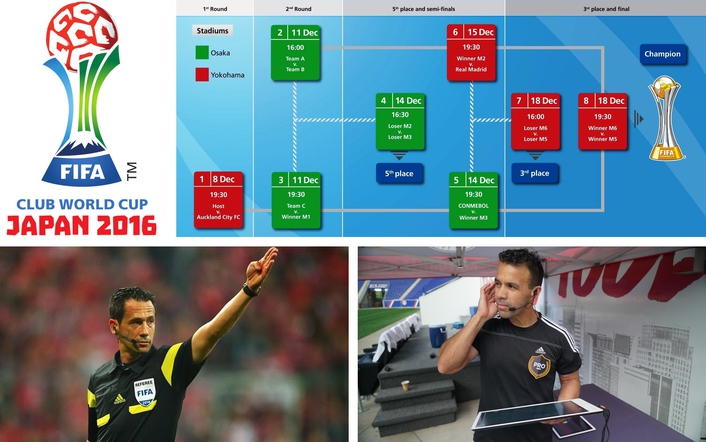 An important piece of history will be made at the FIFA Club World Cup Japan 2016 (8‑18 December in Yokohama and Osaka) with video assistance being used to support referees with “match-changing” decisions for the first time in a FIFA competition.

“We feel well prepared after setting everything up with the support of The IFAB, the host broadcaster Dentsu/NTV and Hawk-Eye – one of a number of providers that offer such technology. At the same time, it’s important to remember that we are entering somewhat unchartered territory here, given that we are going live for the first time. Ultimately, these tests should prove invaluable in terms of determining whether the processes are sound or whether any further refinements are needed.”

This trial will involve video assistant referees (VARs) being given access to all broadcast feeds inside a video operations room, enabling them to provide information to the referee on the field of play in order to correct clear mistakes in “match-changing” situations. These include serious incidents including goals, penalty decisions, direct red cards and cases of mistaken identity. The VARs will play a supporting role along with the assistant referees and the fourth official, but the referee will continue to take the first as well as the final decision on the field of play.

“The VAR system has been developed, just like goal-line technology, to provide additional support for the referee,” says FIFA’s Head of Refereeing Massimo Busacca.

“We want the essential flow of the game to be maintained and, as always, the first and the final decisions lie with the referee. This is our philosophy, and these principles as well as the practical application of the technology have been explained and demonstrated to our match officials as part of an ongoing training programme.” 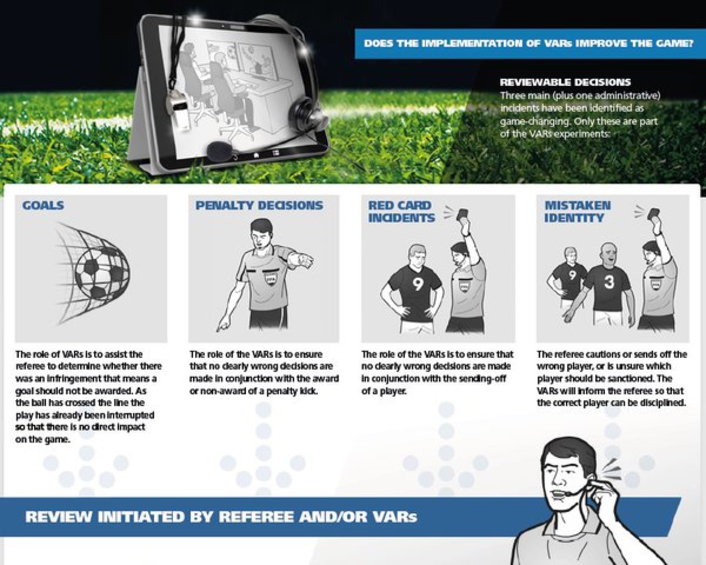 As usual, the referees and VARs involved in the FIFA Club World Cup Japan 2016 have participated in intensive theoretical and practical training sessions organised by the FIFA Refereeing Department during the week leading up to the competition. The main points of emphasis were on football understanding, reading the game, positioning, teamwork and different football mentalities, with the overall goal of achieving consistency and uniformity. The match officials reviewed video clips of real match situations and participated in practical training sessions with players, which were filmed so that the participants could receive instant feedback from top FIFA refereeing instructors. The final step before the first game included a live training session with players, multiple TV cameras and the Hawk-Eye VAR system at Yokohama Stadium. All of this is building upon the successful trials recently held at international friendly matches in Italy. 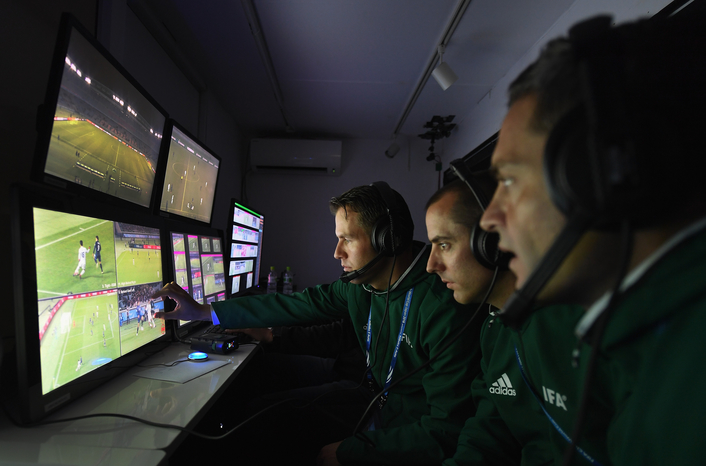 By using VARs during the FIFA Club World Cup Japan 2016, FIFA will be putting The IFAB's VAR protocol through an important test before other competition organisers begin conducting live trials from 2017 onwards

By using VARs during the FIFA Club World Cup Japan 2016, FIFA will be putting The IFAB's VAR protocol through an important test before other competition organisers begin conducting live trials from 2017 onwards. The referee will be able to review footage on a pitchside monitor for certain decisions – a key progression from the “semi-live” tests conducted at recent international friendly matches in Italy (Italy v. France in Bari in September and Italy v. Germany in Milan in November).

With the support of FIFA and The IFAB, competition organisers in 12 countries are already confirmed to participate in the two-year experiments (Australia, Belgium, Brazil, Czech Republic, France, Germany, Italy, Mexico, the Netherlands, Portugal, Qatar, USA).