Clear-Com serves up another ace at Wimbledon 2015

The  Championships, Wimbledon, took place at The All England Lawn Tennis and Croquet Club, London, from 29 June to 12 July 2015. Long standing audio suppliers, RG Jones Sound Engineering, first brought in Clear-Com in 2014 to test how the equipment would integrate with the overall system. Following its success, they were asked to return in a more complete capacity.

The 2015 tournament was the 129th edition of The Championships, the 48th in the Open Era and the third Grand Slam tournament of the year. Widely regarded as the premier global tennis event, Wimbledon attracts more than 1.2 billion viewers.

For the 15th consecutive year, IBM was responsible for collecting and analyzing game match data in real time, providing The Championships’ information to user groups such as the press, media, broadcasters and public. Statistics collectors sit at the courtside to capture data from each match, such as the number of serves, service direction and return stroke; each stat collector has to be in contact with the help desk as well as being able to hear microphone audio feeds from around the court, including those at the Chair Umpire position. In order to ensure clear and reliable communication, this year some of these positions were equipped with Clear-Com RS-702 intercom beltpacks, installed by the audio team from RG Jones Sound Engineering Ltd.

At the heart of this communication set-up was Clear-Com’s Eclipse HX-Delta digital matrix. For connecting the Delta with Clear-Com’s RS-702s, 2-channel analog partyline beltpacks, over the IP network are the LQ-4W2 and LQ-2W2 devices for 4-wire and 2-wire IP interfacing, respectively. The two LQ interface devices enabled the bi-directional transmissions of audio signals between / among intercom beltpack users. 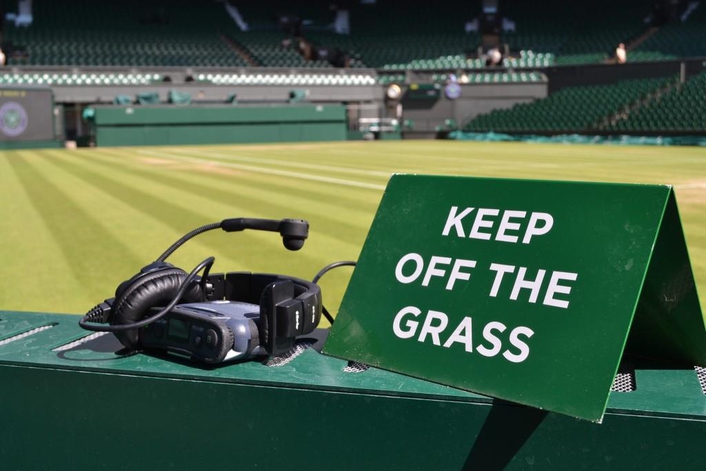 Clear-Com’s FreeSpeak II 1.9GHz wireless intercom system was also used during play to facilitate communication between the audio team located on Centre Court and the audio sound mixer in a remote mix position for adjusting sound levels of the Chair Umpire’s mic and cueing presentations. When the umpire called a shot, a sound engineer inside Centre Court determined the audibility of the call and then talked to the sound mixer on his comms panel via FreeSpeak II, in order to make adjustments to the sound levels. This process ensured the spectators could hear each call loud and clear over the PA system without delay and without it being so loud to pose a problem to the broadcast engineers.

The FreeSpeak II system wireless beltpacks were seamlessly connected to the Eclipse HX-Delta matrix system, via an E-Que-HX card that slots directly into the matrix. Two FreeSpeak II Tranceiver Antennas were deployed within the famous Centre Court to provide connectivity to all wireless beltpacks in and around this coverage area. This level of flexibility gave RG Jones engineer Brew (James Breward), the comms system designer and programmer who was in the audio control room -- full control and on-the-fly programming of all wireless beltpacks.

Brew said, “RG has tried many wireless comms systems over the last five years at Wimbledon, and the FreeSpeak II has proven to be the best sounding, most feature-rich and functional of all the digital systems on the market. We achieved great coverage of the bowl, the radio rack position and the majority of the covered walkway from our control room to Centre Court with no more than two antennas, both of which were installed without needing extensive coverage survey. Clear-Com   will be back for more next year.” 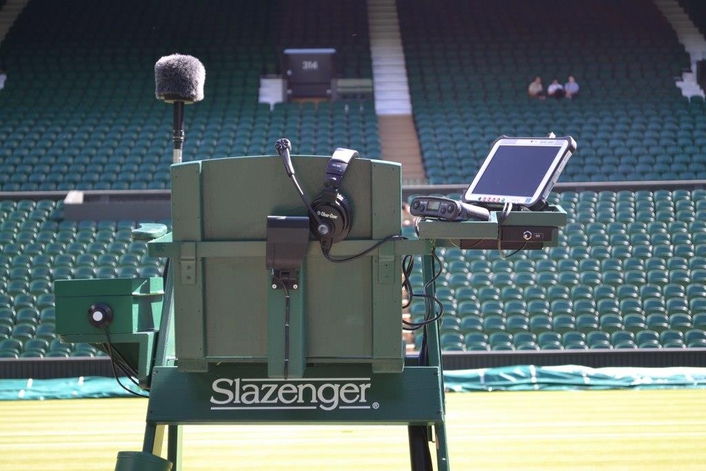