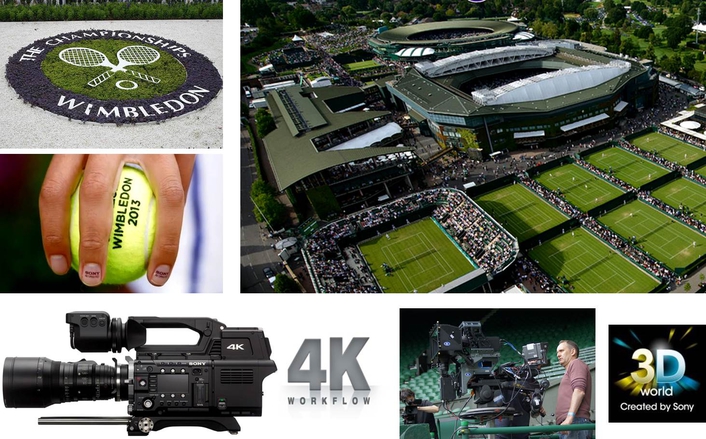 Sony’s 4K and 3D technologies draw viewers into an immersive sporting experience
Sony has announced that it will be shooting and recording part of this year’s Wimbledon Championships in 4K, as part of its long-term partnership with the All England Lawn Tennis Club (AELTC). This is the first time that 4K footage has been captured at the Championship, marking another technological milestone for Sony and the AELTC, following the 3D broadcast of the Tournament for the past two years. Wimbledon 2013 will also see the last five days of the tournament, including the men’s quarter finals, and the ladies and men’s semi-finals and finals matches, being broadcast live in 3D.

Sony’s 4K footage will be shot on Centre Court and Court Number One during the first day of the tournament to test what stunning 4K can bring to the tennis experience. Two of its highly popular F55 35mm 4K cameras and an NEX-FS700 will be used to capture the action, taking advantage of the F55’s exceptional high sensitivity and colour reproduction to produce stunning 4K images. All content will be captured in RAW 4K using the AXS-R5 recorders, linked directly to the F55’s or via the new HXR-IFR5 with the NEX-FS700. 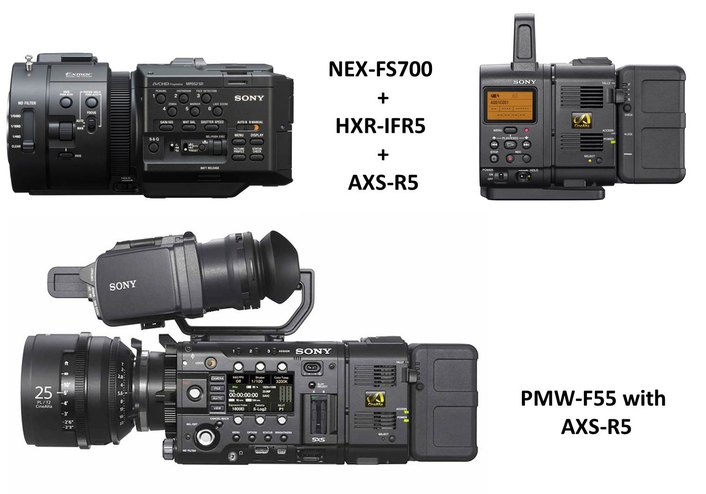 David Bush, Director of Marketing for Sony Europe, said: “Over the past two years, Sony and the AELTC have continued to push the production boundaries at Wimbledon and are excited to be able to raise the bar even further this year. Sony’s new 4K cameras allow us to shoot the tennis in fantastic detail and produce images that draw the viewer closer into the action on court more than ever before. Innovation is at the core of Sony’s mission, so having wowed TV and cinema audiences for the last two years with captivating 3D footage, we’re excited to see the benefits that 4K can bring to the sports world”.

Mick Desmond, Commercial Director of the All England Lawn Tennis Club said: “Having worked with Sony to bring the exhilaration of Wimbledon to the world in stunning 3D, we’re excited to be taking the production one step further this year, with both 3D broadcast and 4K shooting. We’re confident tennis fans the world over will be wowed with the most immersive viewing experience of Wimbledon to date and we look forward to pushing the boundaries once again.”

Five broadcasters - BBC, Canal+ (Spain), ESPN (US), Nova (Greece) and Sky Italia - have confirmed plans to broadcast the live 3D feed to viewers across the globe.

Sony, an official partner of FIFA, is also at the heart of the 4K broadcast trial at this year’s FIFA Confederations Cup in Brazil, as FIFA TV benefits from Sony's sports production technology and experience. Working with FIFA TV, Sony will produce three matches from the tournament live in 4K using the world's first purpose-built 4K mobile production unit