AERIGON UAV Used for Innovative Aerial Footage in We Are Blood

AERIGON, the aerial remote camera head manufactured by Intuitive Aerial, empowered filmmaker Ty Evans to capture spectacular shots for the skateboarding feature film We Are Blood. With the precision and maneuverability of AERIGON, the camera was able to follow the skateboarding action and capture shots that would never have been possible before. By providing a versatile yet stable aerial platform for 5K and 6K digital cameras with pro cinema lenses, the AERIGON UAV is expanding the modern cinematographer’s toolset and the possibilities for visual storytelling.

Directed by Evans and produced by Brain Farm and Mountain Dew Green Label Films, We Are Blood profiles professional skateboarder Paul Rodriquez and his wide circle of skateboarding comrades. Filmed on locations around the globe, the movie relied on dynamic action shots, captured at different angles and perspectives that bring the audience into the skateboarding experience. 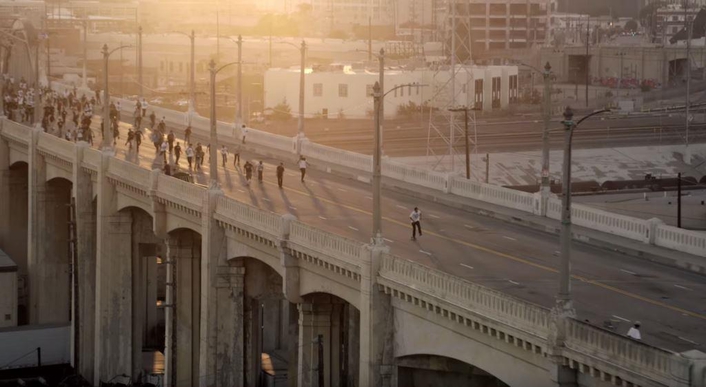 “For the type of filmmaking I want to do, it’s important for me to get heavy camera equipment in the air and know it’s safe,” said Evans. “From the time I first tried the AERIGON three years ago, I was sold on it.”

Evans filmed from the ground, on a skateboard, and in the air with helicopters and drones. He filmed at 5K and 6K, mastering in 4K for the UltraHD movie. The AERIGON was used with both RED Epic and RED Dragon cameras, including a Canon Cinema Prime lens.

“Unlike many RC helicopters, the AERIGON is easy to set up. We’d have it up and flying in minutes,” Evans said. “Not only that, but I’m always confident that it’s going to function. Until the AERIGON came along, that kind of reliability was unheard of among UAVs, especially with heavy cameras.” 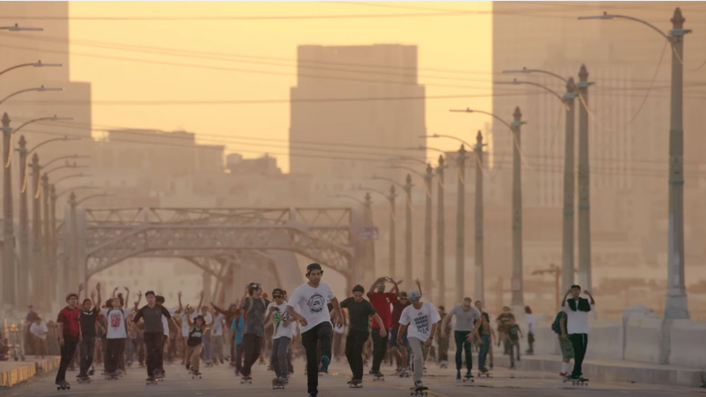 From the first shot
The filmmakers used the AERIGON on the first day of production, to follow a skateboarder in a concrete drainage ditch, climbing its sides and doing board slides. The AERIGON followed him, wrapping around to see his movement from different vantage points. The pilot that day was Intuitive Aerial’s Oscar Ohlson, while Evans operated the AERIGON gimbal.

“It turned out to be the most challenging shot we did and one of the most rewarding shots of the film,” Evans said. “At the premiere people were cheering. It was gratifying.” 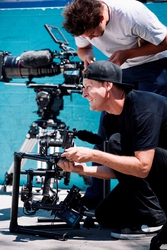 Robert Mcintosh was the pilot for most of the rest of the aerial footage that appears in the film. He and Evans worked closely together whenever their AERIGON was in the air. They discussed each shot beforehand and, since they would be flying close to the skateboarders, completed a safety briefing each time. After running through the the plan, they did a practice flight, and then a test run with the skaters. For shots that included multiple skateboarders, Mcintosh would start the flight, repeating the flight pattern while Evans filmed, until the skateboarders landed the trick.

“This is a more intense, focused version of flying,” Mcintosh said. “You never know when you’re going to get your shot and the skaters have to repeat their trick over and over till they get it right. This meant we had the AERIGON up for hours each day. Fortunately, it’s capable of a really long flight time and the skateboarders were patient.” In between attempts, if necessary, Mcintosh simply landed the UAV to quickly replace the flight batteries.

Mcintosh has been RC piloting for eight years and has pieced together aircrafts to fly cameras for his own film projects. “With AERIGON, there’s no need for a homemade UAV,” he said. “The AERIGON is a real heavy lifter. It flies like a truck, with power to spare. And because of its safety and reliability, this is a camera platform I could even see being useful on the closed set of a major motion picture. It just gives you so many more shot options.” 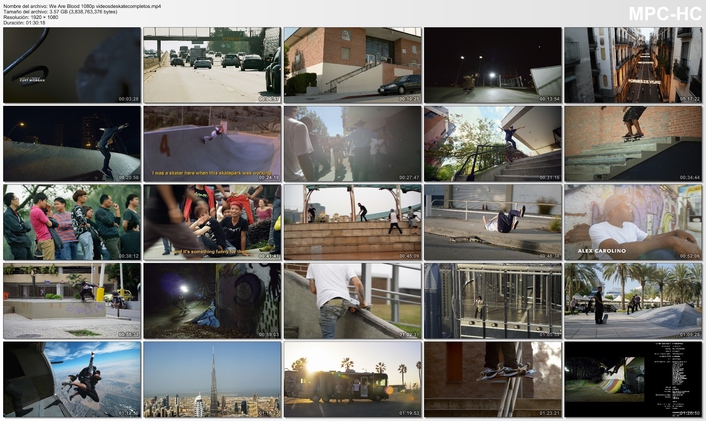 Evans is self-taught and began making skateboard films over 20 years ago. He started out with 16mm and 35mm motion picture cameras before switching to digital cinema. He has directed commercial work where he learned to handle bigger camera systems and larger production shoots. He and Mcintosh met during the filming of his previous movie, Pretty Sweet.

“I took what I learned on those large commercial productions and brought it back to what I’m passionate about, which is skateboarding,” Evans explained. “Having a tool like the AERIGON really adds to the type of visual storytelling I’m interested in.” 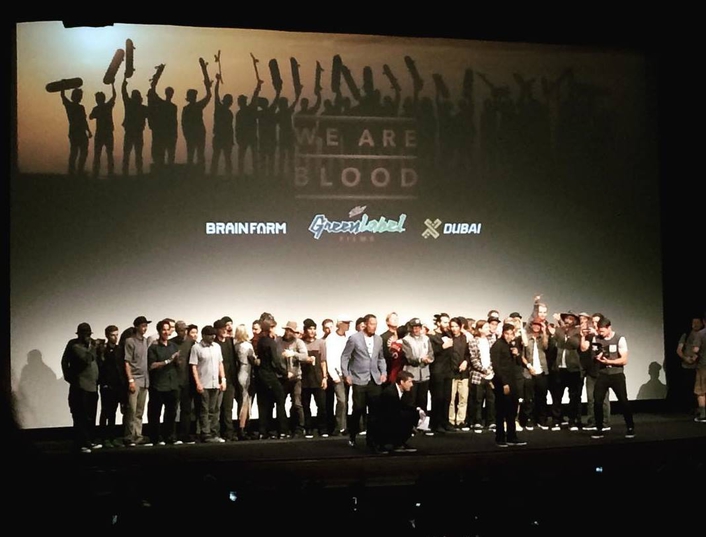 About Brain Farm
Brain Farm, an award-winning film studio, is one of the most sought-after content creators in entertainment. Built on a reputation of delivering the highest quality and commercially successful action, adventure and lifestyle productions, Brain Farm’s work spans across commercial, film, television, and digital entertainment. Brain Farm's headquarters are in Jackson, Wyoming and has creative teams from Los Angeles to New York. 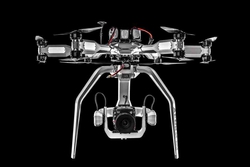