The AERIGON™ aerial remote camera platform, outfitted with a RED Dragon camera, was used by the Natural History Film Unit (NHFU) to capture some of the sweeping overhead images for the latest Taylor Swift video, “Wildest Dreams”. Staged as a period piece film shoot on the African Savannah, the richly produced music video incorporates stunning aerial scenes of wildlife, thanks in part to the stability and lift capacity of AERIGON, which allows filmmakers to use the cameras and lenses they need for their shots, including full in-flight camera controls.

“We used AERIGON to capture nature shots for the video,” said Brad Bestelink, Director and Producer at NHFU, based in Botswana. “We shot some great zebra and elephant material from the UAV over a two-day period.” While most of the aerials were captured from a helicopter, the AERIGON footage can be seen at the beginning of the video.

Designed and built by Swedish manufacturer Intuitive Aerial AB (publ), AERIGON is the first professional cinematography platform for film and broadcast since it provides the performance and precision necessary for modern cinema and Ultra HD camera capture. The industry-leading payload capacity of the AERIGON allows operators to use it with virtually any modern production camera. 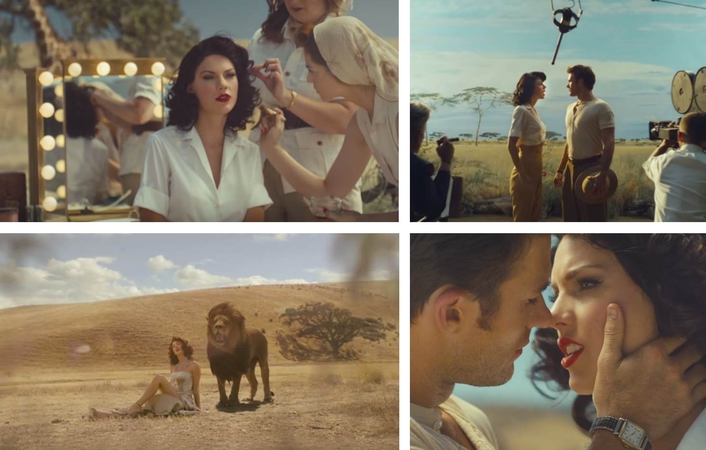 The AERIGON gimbal has an advanced stabilization system and is operated from the ground via the new DOMINION gimbal control unit, which permits wireless, precision control of the remotely operated gimbal, camera, and lens. The AERIGON has been used on feature films, including Avengers: Age of Ultron and Into the Woods. The NHFU has relied on the AERIGON for its high-profile nature docs for BBC Natural World, National Geographic Wild, and Animal Planet.

Directed by Joseph Kahn, Taylor Swift’s “Wildest Dreams” has been viewed over 90 million times on YouTube. Taylor Swift is donating proceeds from the video to animal conservation efforts through the African Parks Foundation of America.

Intuitive Aerial is an international manufacturer of professional remote camera systems for high-end cinema and broadcast applications. The company makes the AERIGON, the industry’s first remote piloted aerial camera platform (UAV) for professional cinema, broadcast and commercials productions. The AERIGON has been trusted to fly cameras on feature films such as Into the Woods and Avengers: Age of Ultron and on broadcasts such as BBC’s nature doc series One Planet. It also manufactures the NEWTON, a stabilized remote camera head for broadcast applications. Both remote camera systems are controlled by the Intuitive Aerial DOMINION controller. Further, the company provides certification assistance and flight training for its customers worldwide.