What Do You Expect ? … Colour Sound on The Vaccines

Popular indie rockers The Vaccines are on the road again continuing their ‘English Graffiti’ album campaign, with lighting designed by Dan Williams and supplied by west London based Colour Sound Experiment.

The band toured earlier in the year, visiting some of the more off beat venues in the circuit, followed by some gigs over the summer and now this tour, which also plays a couple of arenas and for which Dan created a completely new design.

The new album is a departure from the punky, rocky attitude of the first two, moving into some darker and moodier territories and they wanted the musical evolution and depth of the new material to be reflected in the lighting and visuals. 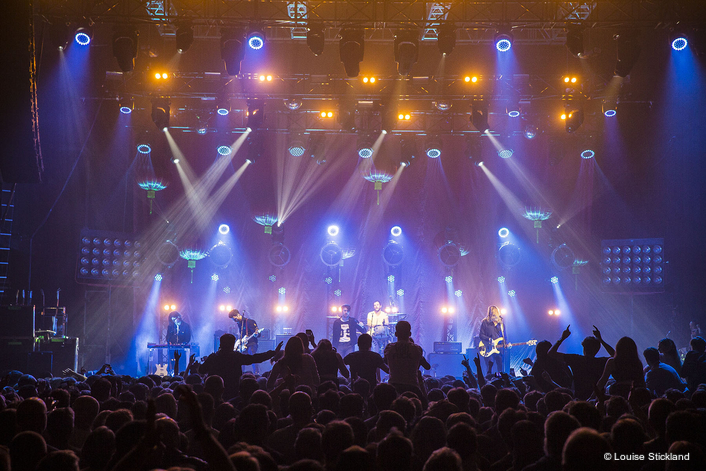 In response, Dan has gone for multiple options for producing a wide array of strong moody looks with lots of variety and low side lighting that introduces intimacy and the idea of proximity and sharing the whole performance / audience experience. "There are many subtleties in this show," he explained.

The overhead rig is based on three trusses - front, mid and rear - bolstered with 8 vertical towers on the floor.

The main workhorse lights are 17 Robe BMFL Spots which are all on the overhead rig including five on the front truss used for key lighting - a practical solution that saves considerable time on focusing. Dan thinks the luminaires are super-bright and have good colour mixing. 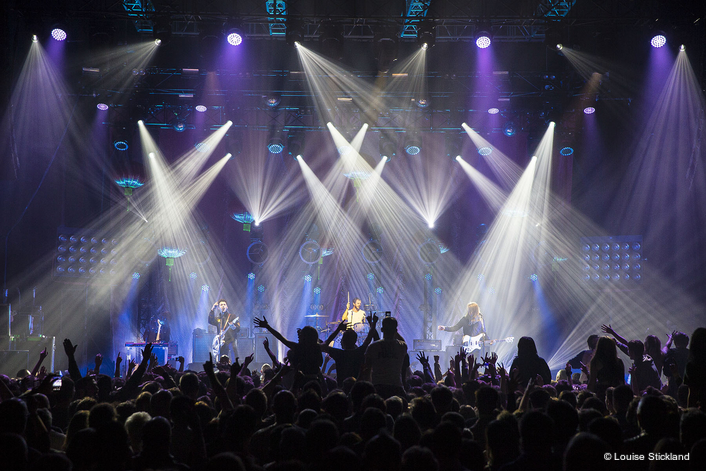 On the back truss are 7 x Clay Paky a.leda K20 washes fitted with B-Eye lenses used for general stage washes and intricate eye candy looks involving the individual pixels and rings. There are also 8 x Robe LEDWash 600s on the trusses, run in ‘wide’ mode for full ring control, which are used in conjunction with the B-eyes, creating some great quirky looks.

Six Robe Pointes on the front truss frequently reach out into the audience with zappy effects and beams to draw them into the action. There are also 11 Atomics in the air, 11 x 2-Lites and six 8-Lites.

To add a scenic element there are 7 x Chinese style lanterns hung from the roof and sourced from a props company with the internal sources run through the lighting console. These are used to break up the look and, juxtaposed against a red upstage back-cloth ...  relate back to the oriental flavour of the music video for “Handsome”, the first single released from English Graffiti 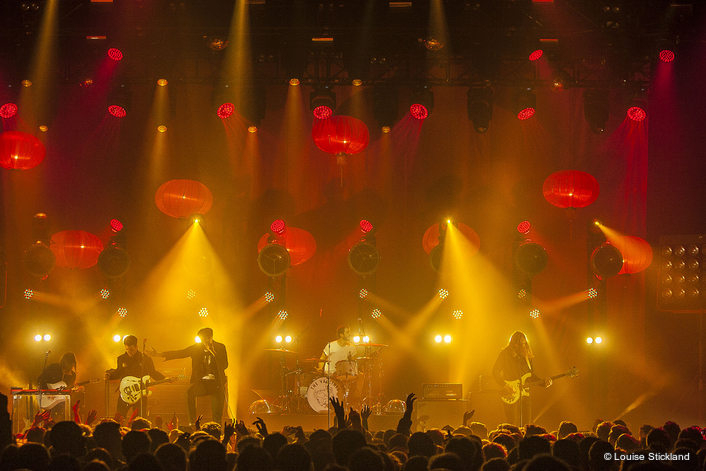 The drape itself is up-lit with 7 x Chroma-Q ColorForce 72s lying on the floor.

The eight towers are all 3.5 metres tall and are rigged with similar lights - they add a distinctive dynamic to the stage space and also make the rig look very large.

Four of these towers have a Pointe and the other four a LEDWash 600 on top. Clamped to the front of all 8 towers are 8 x PATT 2013s - adding another scenic dimension. Also on the front of each tower are two Chauvet Q-Wash 260s and a 2-lite Mole.

There are another 6 Pointes on the floor … which interact with the ones on the front truss and blast out into the audience, and flanking each side of the stage, are two 24K Dinos. 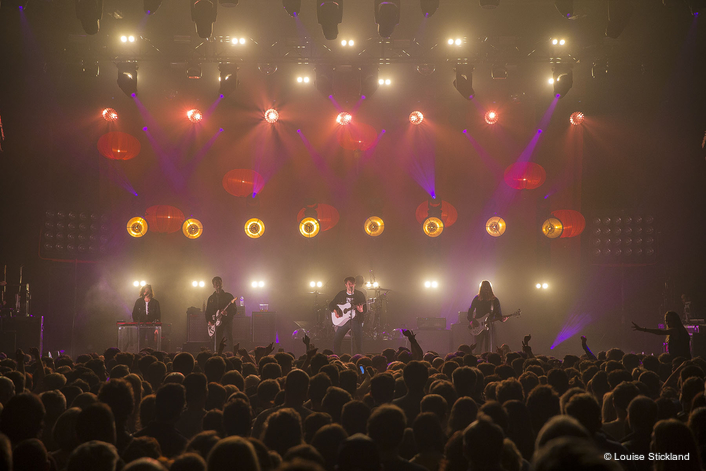 More commonly found in a film environment, apart from looking cool, the Dinos introduce a high-impact block of tungsten to the picture. Dan and the band used them during the daylight shows in the summer to add a bit of warmth and substance, everyone loved them … so they stayed on the plot of this leg of the tour.

Downstage are another eight LEDWash 600s to provide side key lighting on the band and to enhance the lower level light-sources, and great for augmenting the heavily saturated colour looks, especially in dark blues and reds.

Atmospherics are provided – in plentiful quantities - by two DF50s and two ZR44s, and there are also eight half mirror balls on the rig, four in the air and four on the floor. Perhaps slightly unexpected, used intelligently and sparingly … they look totally bang-on as part of the edgy rock show lighting! 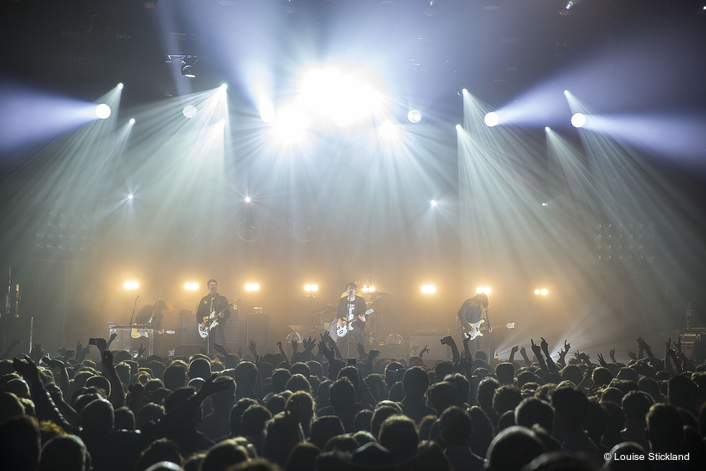 All lighting is run by Dan using his own ChamSys Maxi Wing, and joining him on the lighting crew are Colour Sound’s Jon Ricketts and James Hind.

For the arena shows and Brixton, four wing trusses are added, two a side dead hung underneath one other to extend the stage space, rigged with 5 x Pointes and 5 LEDWash 600s a side.

Summing up, Dan comments, “It’s been great working with Colour Sound, as always, they have provided great kit and crew with a friendly attitude … and nothing is ever too much of a problem!”