Arcadia’s awesome new immersive spectacular “Metamorphosis” came alive in a city centre setting for the first time last weekend in Queen Square Bristol, where together with the Lords of Lightening and an array of breath-taking aerial stunts the ground-breaking 30 minute mixed-media show united the energies and experimental spirit of rave and physical theatre with some impressive technical wizardry! 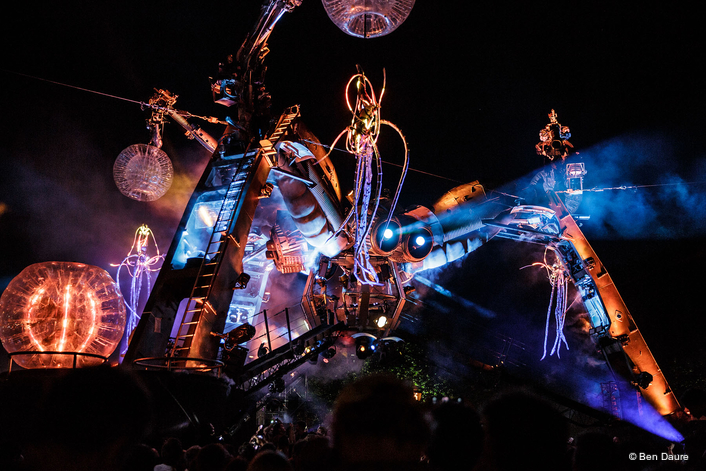 Says H, “We were delighted to be involved in this latest incarnation of the show. Working with Arcadia is always a pleasure as they really push the boundaries of creativity, challenging everyone involved to rise to the occasion and produce great results and entertainment. It hits many chords with our own underground rave movement roots”.

Some upgrades to the lighting kit were made since the last Arcadia spider performance at Glastonbury this year, which saw the launch of the acclaimed Metamorphosis show, introducing three moving mini-spiders, large eggs, cocoons, abductions and incredible illuminated costumes to the action.

The main changes in the lighting were replacing the Atomic strobes on the spider with new SGM XC-5 LED strobe units and adding lighting fixtures to six PA towers erected for the surround sound system in Queen Square.

Four Robe Pointes were attached to each of the spider’s three legs, with another 10 deployed on its belly underneath the DJ booth. 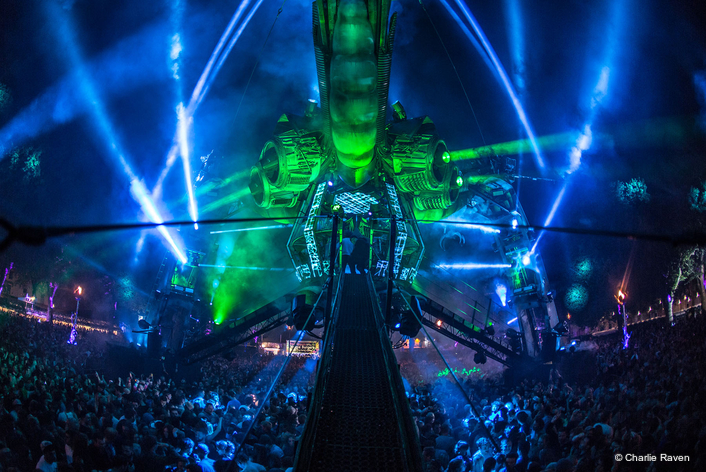 Over 70 Dragon LED PARs were used to light various scenic elements of the massive and imposing spider structure, with Clay Paky Alpha Beam 1500s making the piercing – and somewhat scary – eyes, of which there are three sets for the full 360 effect! Four XC-5 strobes adorned each spider leg with another three on the belly.

All lighting was controlled via an Avo Sapphire touch console running in conjunction with the overall Arcadia show control system that also dealt with the hydraulics, winches, fire, pyro, lightening, etc.

Colour Sound supplied over 50 additional Dragon LED PARs and 12 Studio Due City Colors LED floods to light the trees and selected foliage in Queen Square, a fashionable 17th century residential address well known for its range of elegant historical buildings, many of which are now listed.

This environmental lighting took a lot of time to get just right.

Not only in terms of aesthetics and ensuring that the overall look was classy and appropriate for the space, but also practically, as they endeavoured to make minimum impact on the Square and the crew battled to keep everything dry during an unpredictably rainy week. 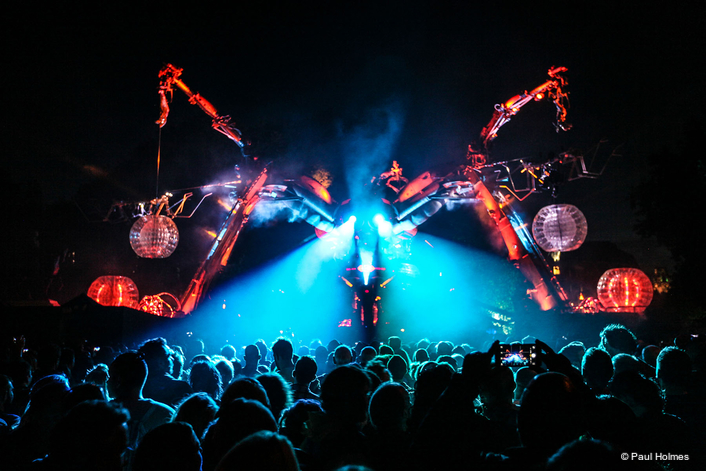 Some of the Dragon PARs were carefully ratchet strapped to the tree trunks, and special rain-covers built for these and the other exposed lighting fixtures and smoke machines. Arcadia who staged the event in conjunction with Brisfest and Team Love did not want an unsightly cluster of large plastic inflatable domes covering lighting fixtures!

Stu explains how they protected the Socapex cable runs, joins and break-outs against water ingress by applying industrial shrink-wrap, and all the cabling was kept as neat and unobtrusive as possible.

All this trouble was worth it when the high impact effect of the Queen Square lighting was revealed, really added to the ambience.

Other basic challenges included the restricted hours during which the crew could work in the space, so a lot of activity and tech time had to be crammed into concentrated periods. 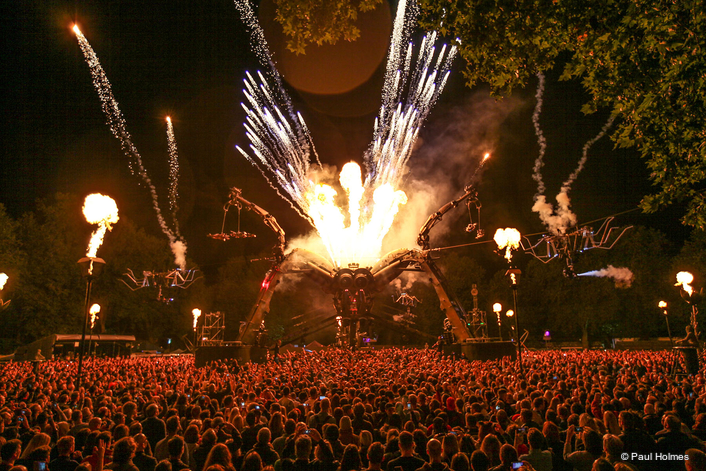 The Arcadia spectacular - played out with mega style and energy to a thumping soundtrack, aerial stunts and the breath-taking imaginative audacity for which it’s known and loved – was followed by Bristol’s own drum ‘n’ bass guru Roni Size who performed with Reprazent on the Friday, together with Congo Natty and Leftfield doing their DJ set. Saturday’s after-show entertainment was followed by stonking sets from Annie Mac, Eats Everything, Monki, and Gotsome.