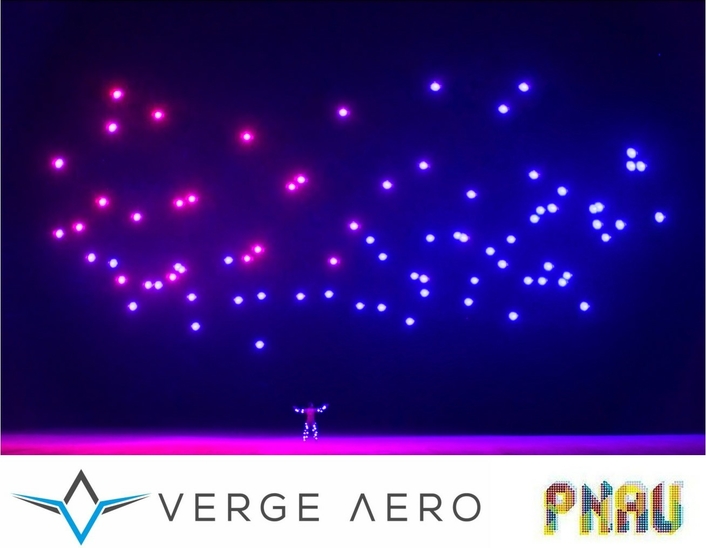 PNAU’s Nick Littlemore and video director Benjamin Kutsko came up with the concept for the ‘All Of Us’ video shoot, after Littlemore witnessed a drone light show at a festival. “We wanted to do something that felt like a psychedelic ‘Close Encounters’ with this singer out in the desert,” said Kutsko. 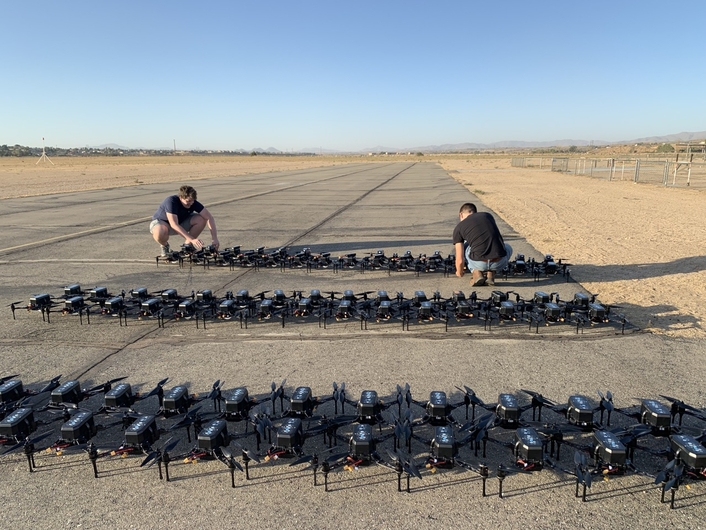 Kutsko’s research led him to Verge Aero CEO Nils Thorjussen, who was able to answer his questions about the drones’ performance and reliability, including how well they deal with winds. “When Benjamin called me about his idea, I knew there was really nobody else who could give them the kind of services that we were able to give them,” said Thorjussen. “We’re the only company with this kind of sophisticated toolkit.” 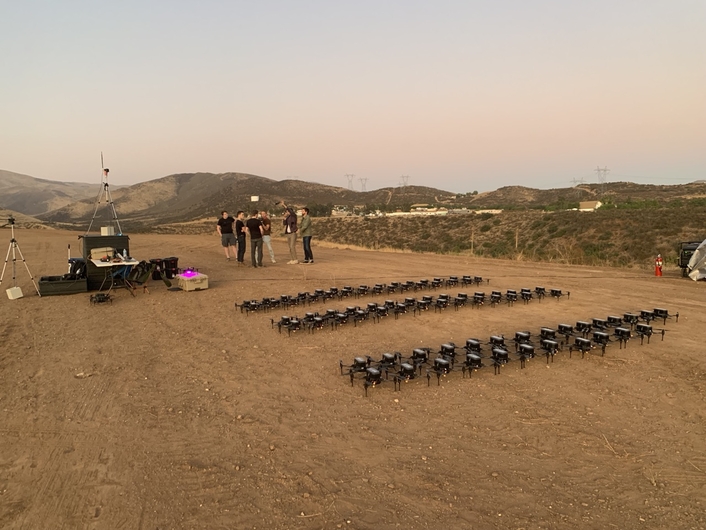 In Kutsko’s concept, the drones would appear as an intelligent force, interacting with Ollie Gabriel’s character. “I wanted it to feel alive, as if this organism was communicating,” he said. “The lights and shapes would be part of the universal language of math.”

Over a six-week period, Kutsko worked closely with Thorjussen and the Verge Aero team, including programmer Tony Samaritano and developer Chris Franza, using WYSIWYG previsualization to perfect the various looks that would be flown on location. The Verge Aero team created algorithms to breathe life into Kutsko’s designs, and programmed smooth color changes in his chosen palette of blues, purples and pinks.

“The programmers helped to make the color changes feel organic,” said Kutsko, “as if they were moving through the swarm instead of just changing or blinking. I didn’t want anything that felt electronic or programmed. I wanted to give it life.” 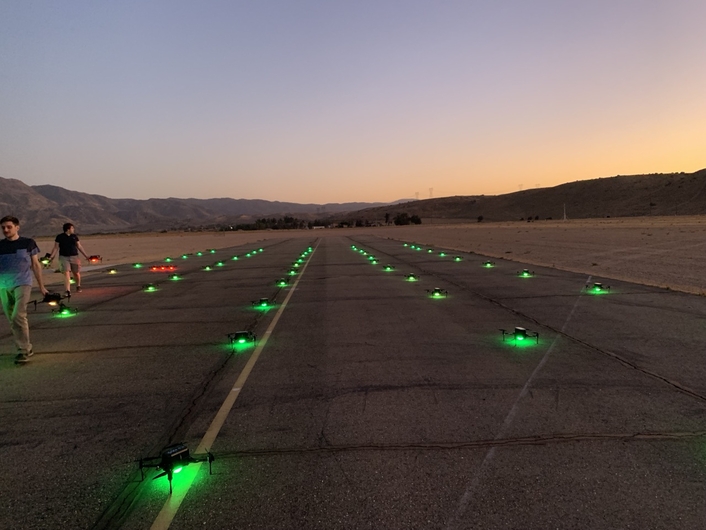 On location, outside of Los Angeles, all 81 drones flew seven times over the course of the all-night shoot, with each flight carefully choreographed for safe operation. Their flexible and robust design meant they were always ready for action whenever needed by the film crew. “We had videos of everything that would happen so we could really go through the moments with Ollie,” Kutsko said. “Everybody knew where the drones were and to not to go into the operational area, even while they were up in the air. We never crossed that area.”

“Safety was paramount throughout the planning process,” said Thorjussen. “Benjamin wanted to swarm the drones as close as possible to the singer, Ollie, while keeping safety in mind. We implemented a variety of additional safety measures and gave Ollie direct control over the drones so that he could initiate abortive maneuvers at any time.”

“It was great working with Nils and his team,” said Kutsko. “They’re very passionate about what they do and they brought a lot of heart to this project.

Verge Aero’s mission is to empower creative professionals with its proprietary drone show hardware and control software. Its fully integrated platform makes it fast in easy to go from creative vision to reality using sophisticated programming and previsualization tools. The robust Verge Aero system deploys rapidly, making it possible to go from creative brainstorming to actual flight in minutes. Verge Aero is fully approved by the FAA to fly drone shows in the US. Learn more at www.Verge.Aero