Despite Hurdles, Drones Are Taking Off 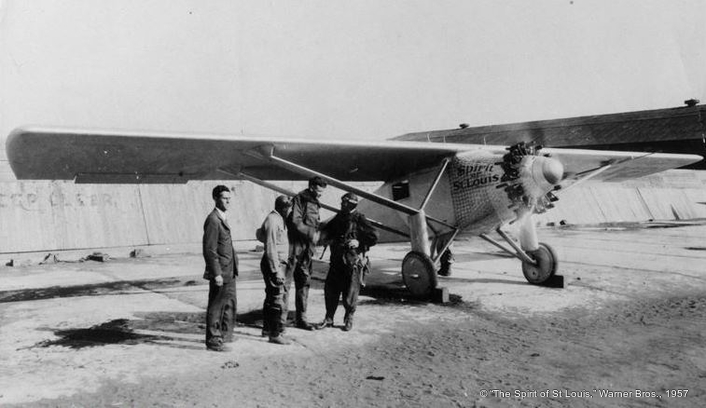 “I take up a compass heading of 65 degrees out of New York, keep correcting the heading every 100 miles.” – Charles Lindberg

With units selling for $80 to $30,000 plus, there are a lot of drones available and a lot that fall (pun intended) between idiot toys and military armament.
This year, sales are projected to be about 4.3M units with an estimated value of about $1.7B, which represents a 167 percent sales increase in two years.
Businesses across the board are coming up with new ideas on how they can use the devices every day to save time, money and do things that keep folks out of danger.

The only problems are wading through the morass of government regulation, FUD (fear, uncertainty, doubt) and stupid people.

Every other day, there’s a story about drones--drones interfering with pilots or emergency personnel; drones peeping; drones causing fear and paranoia from above; drones disrupting sporting/public/family events by crashing  and drone hunters (something like skeet).

The market is so big, has so much potential and so much sticky stuff that legal pros have become specialists … drone lawyers.

If you have a problem, call propellers friends -- especially if you want to get your Section 333 Exemption. It’s a crapload of paperwork that takes a couple of months to get approved.  You can also call them if you have “a little problem” like:

To help drones reach their full potential of “practical” use, organizations like the Small UAV Coalition (http://www.smalluavcoalition.org) have emerged.

The Coalition’s goal is to work with government agencies to develop reasonable legislation and governance, streamline application permits and educate/train people for personal and professional drone usage.

Their rush to fill the gap is logical because we all know there will be a helluva’ backlash from illegal drone usage and that a major catastrophe could set the industry back years.

Of course, when a soon-to-be automated auto features the ravenous things in an ad …  it doesn’t help much.

Run – With a direct rip-off from Alfred Hitchcock’s epic classic of “The Birds,” the folks who are encouraging you to ride an autonomous car (soon) decided it would be great to show the power of their vehicle by avoiding another robotic technology, drones. Kinda’ cute, unless you’ve seen something like “Transformers” too.

Since there’s no uniform global or national approach to the legal use of drones the manufacturers and professional users are doing their darndest.

What do they all have – sorta’ in common?

Hot Stuff – DJi captured the world’s attention by showing the benefits of drones by flying one of their vehicles extremely close to Iceland's erupting Bárðarbunga volcano and over the Holuhraun lava field it created last year. The footage was spectacular and would have been impossible with other aerial filmmaking tools.

That’s probably why the MPAA (Motion Picture Association of America) spent more than $4M over the past two years lobbying to make it easier for filmmakers to use small drones for film-making. 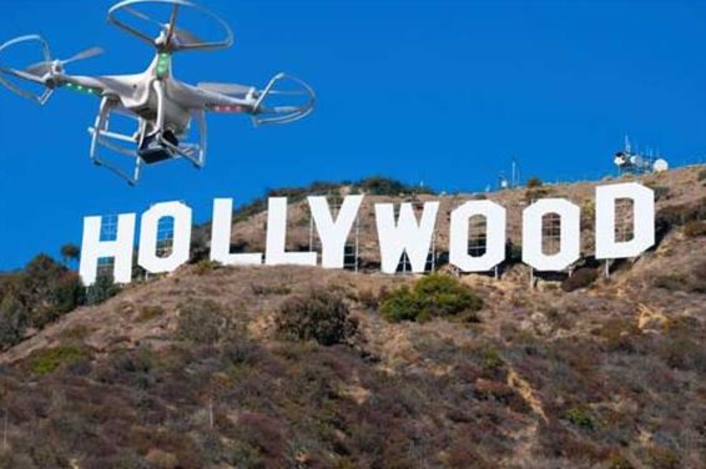 Movie Greats – One of the first eagerly anticipated uses of drones was in the film industry – Tellywood and Indies. Low-cost drones combined with 4K cameras seem to have been made solely for filmmakers to capture images and scenes that were previously extremely expensive to execute and often dangerous.

It’s one of the reasons people like Jeff Foster, Co-Founder of the Drone Coalition (http://dronecoalition.net) developed strong relationships with DJI (the Chinese-based drone manufacturer that is currently the world leader with about 45 percent marketshare) and other drone manufacturers.

He also gets to test all the new compact 4K cameras that can be used with drones like GoPro’s new Hero and Blackmagic’s latest Micro Cinema.

Foster, and other serious professionals, carried out an educational/informational program at NAB (National Association of Broadcasters).  They are also very involved in other industry conferences/conventions to ensure drones are used properly in the film/video industry.

Peripherally associated with the film industry, David Helmly Jr. is another who is focused professionally and personally on getting drones off the ground (another pun intended). He’s a senior at Embry Riddle University in Daytona, working on his commercial pilot license and degree in Aeronautical Sciences. He’s also an avid weekend drone warrior, flying a range of DJI drones, and has assisted in numerous DJI/Adobe events.

His goal is teaching newcomers the art and skill of safe flying, focusing on planned flight plans and shared skies.  The licensed private pilot thinks of safety first for airline and small craft pilots as well as instances of emergency aircraft.

“Sometimes people have to use common sense and there are times when choosing not to fly is the safest and wisest option,” he noted.

Doing it Right – Jeff Foster (middle), Co-Founder of the Drone Coalition, was an early adopter of drones for filmmaking. He and others have made it their mission to help the industry (as well as consumers in general) understand the importance of education, training and responsible flight operations.

As a result of their efforts and hundreds of other like-minded folks, drones are slowly gaining ground beyond the kids, and other individuals, flying them around town and peeking into windows and backyards.

Drones had a huge presence at this year’s EAA (Experimental Aircraft Association) AirVenture Oshkosh event – an annual congregation of 10s of thousands of flying machines from around the globe. The event attracts over a half-million eye-candy hungry folks from everywhere.

The Drone Coalition, Drone Media Group and similar national/international drone manufacturer and user organizations are developing educational activities at every major conference and gathering to keep the industry out of harm’s way (governmental overregulation).

The overwhelming challenge in the U.S., as in most countries, is that legislators only pay attention to the folks who holler the loudest; which is why privacy folks have such a big influence over lawmakers.

And they aren’t all wrong because all you need is a credit card and you too can become a proud drone pilot and the envy of all of your Google glass friends. Customer common sense and good judgment aren’t high on the retailers’ check list for a sale.

Because of heavy lobbying by manufacturers and business users, the U.S. House Committee on Small Business finally got around to discussing the commercial use of drones by businesses.

Of course, no one told the chairman, Steve Chabot (R-Ohio) that millions of drones are in safe, sane, profitable use around the globe when he said, “We will have a conversation about how America can once again lead the world in a new era of flight.”
Fortunately, the U.S. finally named two highly qualified officials (Hoot Gibson and Earl Lawrence) to give more emphasis on using UASs (unmanned aerial systems) or drones in the country’s airspace
And to the FAA’s credit, they have been issuing a lot more than 300 Section 333 Exemptions for business and filmwork. 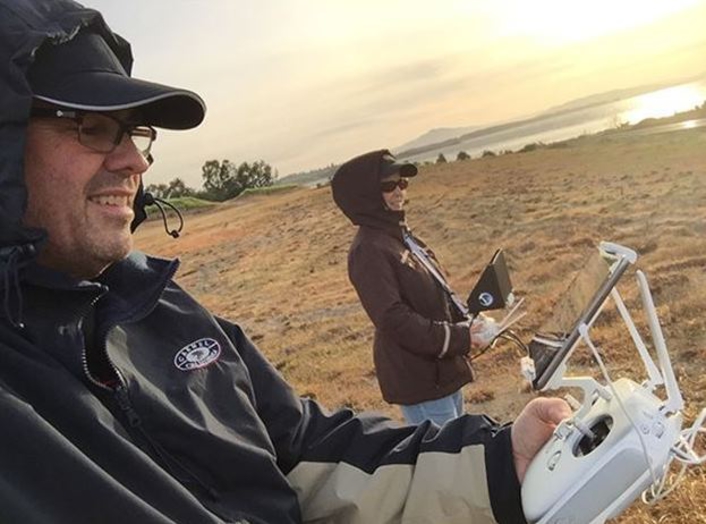 Takes Two - While it might be possible for one person to handle the drone and camera controls, Jeff Foster is a firm believer in having a specially trained (and certified) drone pilot at the flight controls and a solid, creative person handling the camera action. It isn’t quite as easy as a video game controller.

Filmmakers were the first group to get the exemption, even though most still tread lightly by getting added approval for film flights from local officials and briefing residents on their video projects.

The global market is just lifting off for drones; and it isn’t without some serious technology barriers that have to be solved, but the potential is outta’ sight. 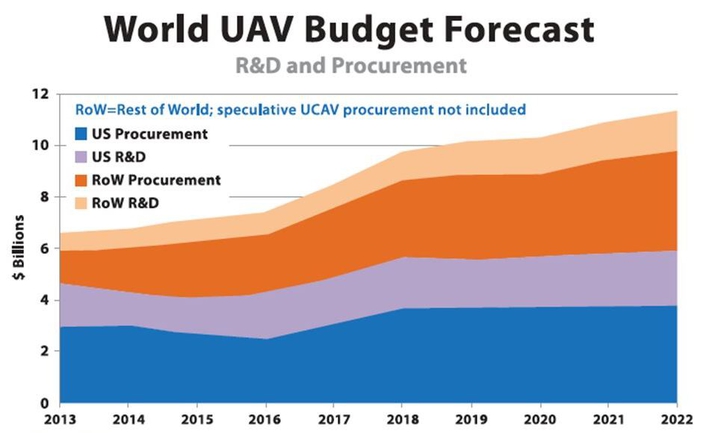 Steady Growth – Businesses across the board and around the world envision a growing number of applications for drones, associated hardware and software for entertainment and industrial applications beyond toys and destruction.

Fortunately for Foster and other aerial cinematographers, videographers and photographers, most experts say the film/photo industry will be the area of early major usage because:
-        Studios, Indies and audiences are enamored with drone footage/images. (Face it, it’s cool!)
-        The financial and technical barriers to entry are low
-        Even where technical and financial barriers are higher, the increasingly technically astute industry is eager to get its hands on new technology
-        A lot of filming occurs in tightly controlled environments where safety can be ensured, so exemptions are easier to obtain 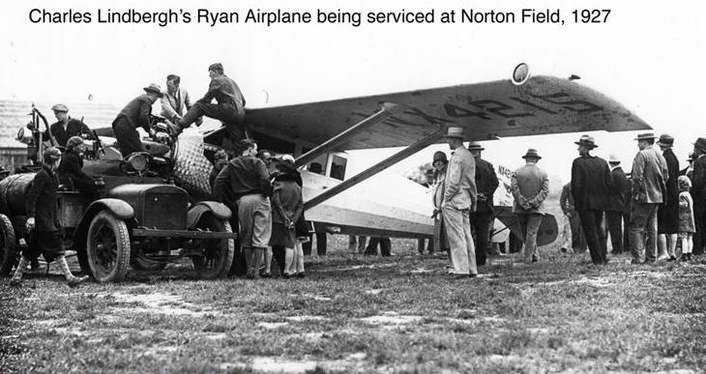 Best of all, they will be trained and prepared and can repeat Lindbergh’s response with confidence, “Well, I don't have to, I *know* how to land.”