Universal Pixels supplies Leyard screen for The Prince of Egypt 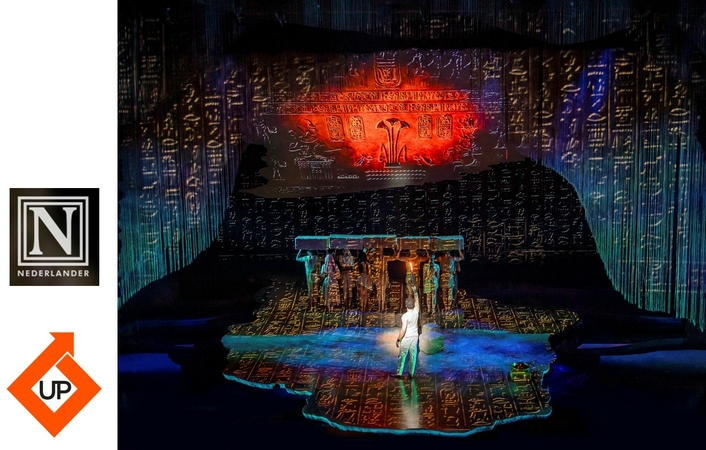 The musical, produced by Dreamworks Theatricals, Michael McCabe and Neil Laidlaw, opened on 25 February 2020 at the Dominion Theatre, London, following 20 sold out previews.

Video rental specialist, Universal Pixels (UP), has supplied a 162sqm Leyard CLM10 screen for The Prince of Egypt at London’s Dominion Theatre. Configured as a single 18m x 9m screen, it provides a stunning backdrop to the dynamic scenic design.

Adapted from The Book of Exodus, The Prince of Egypt - written by Philip LaZebnik - was first released as an animated musical film in 1998. Featuring songs from Grammy and Academy Award-winner Stephen Schwartz and a score from Hans Zimmer, it earned critical acclaim as a cinematic milestone. The theatre show has 10 new songs from Schwartz, together with five from the original soundtrack. It is directed by his son Scott Schwartz with choreography by Sean Cheesman, set design from Kevin Depinet and costume designs by Ann Hould-Ward.

The story is set in ancient Egypt and follows two young men, raised together as brothers in a kingdom of privilege, who find themselves suddenly divided by a secret past. One must rule as Pharaoh, while the other must rise up and free his true people.

Forming part of a multi-faceted stage design, the video wall from UP brings depth and dimension to the visual spectacle - lifting the show from the stage into a world of starry skies and atmospheric scenes. 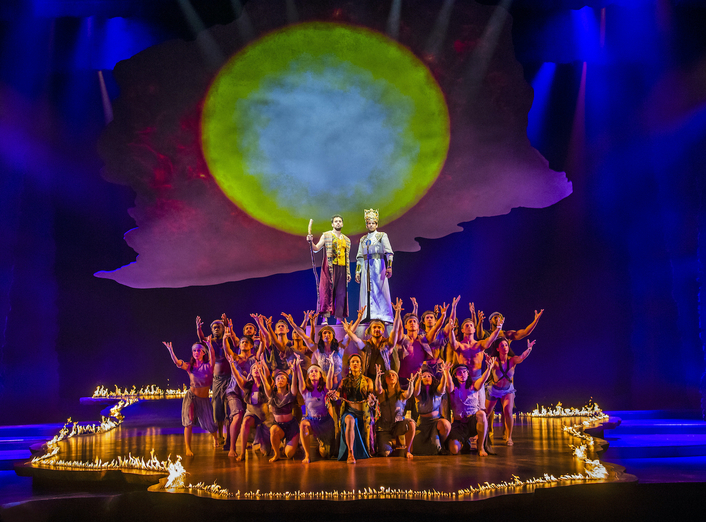 Discussing UP’s involvement, Oliver Luff said: “This is a major theatre production in every sense - from the names behind it, to the 60-strong cast and orchestra - we’re pleased to be part of it. We’ve used Leyard’s CarbonLight LED screens on some significant projects over the last couple of years, including The Lehman Trilogy, Chemical Brothers, and Thom Yorke. Here we’re seeing its capabilities in a different type of stage design and the result is, once again, very impressive.”

Leyard’s Luke Marler-Hausen said: “This is another example of UP’s calibre as a video supplier to shows and productions that have a special creative edge. Their expertise and professional approach to every project are behind their success and growth since their formation in 2016.”

The Prince of Egypt is currently paused due to COVID-19 and is scheduled to return for an open-ended run, with tickets now on sale from Monday 2 November 2020 to Saturday 4 September 2021.