Since first reaching the Billboard Hot 100 chart in 1998 with their song “Meet Virginia,” Train has been topping the charts with hits like “Drops of Jupiter (Tell Me),” “ and “Hey, Soul Sister.” To promote their latest album, A Girl, a Bottle, a Boat, the band embarked on 2017’s “Play That Song” concert tour along with opening acts O.A.R. and Natasha Bedingfield. The tour began in May in Las Vegas and ended in October in Northern Ireland. 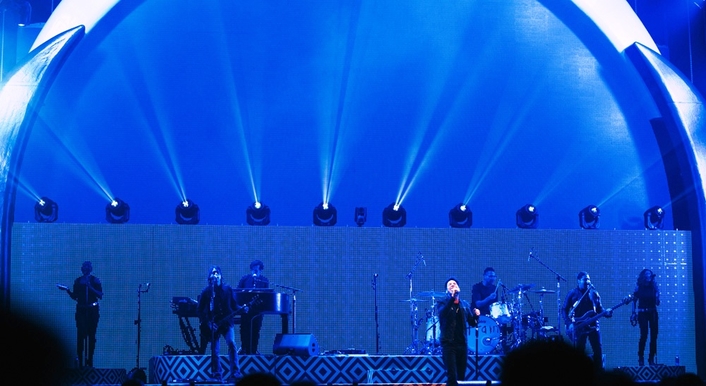 Production Designer Robb Jibson, of Chicago production design firm So Midwest, Inc., noted that during the tour, the Teranex AV was used to convert HDMI signals from a D3 media server into SDI for the video wall to receive.

“We were really excited by the Teranex AV for a couple of reasons, primarily because it allowed us to take one 4K HDMI signal out of our media server and get four discreet 1080 SDI signals,” said Robb. “One of the problems we’ve always had when using separate converters was that a computer has to clock the outputs, so trying to get four individual boxes to sync different outputs with the same frame rate and refresh rate was a pain. Now that we’re able to get one output from all four, we can send a lot more pixels all in sync. So if we’re playing back one clip across a lot of different surfaces, all the information is arriving at the same time. The low latency of the Teranex AV is a huge benefit, especially in a concert setting.” 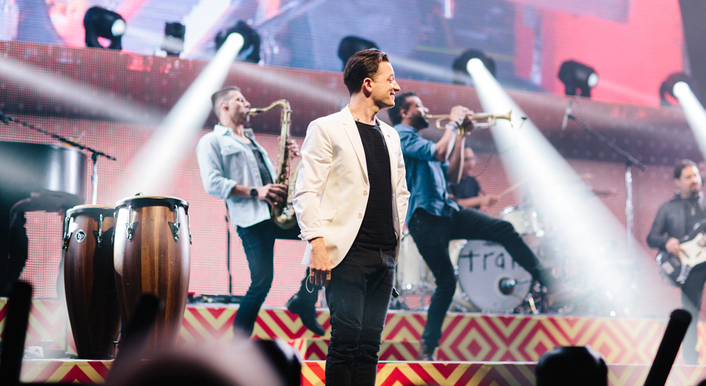 The team also used several HyperDeck Studio Pros for recording and playing back commercials in between sets, as well as a SmartView Duo to monitor video backstage as it was happening onstage. Robb also implemented an UltraStudio 4K as an input and output box to see pre-rendered content live in the media server prior to having to render its final comps.

“We used to make content, export it to a file and then load the file on a separate computer for playback to see how it was going to look,” said Robb. “And we never fully saw how it was going to look until we got into the venues, which were all different. We realized we could use a D3 stage visualizer with an UltraStudio 4K as an input and be able to see how our edits looked live as we were making them. We made the UltraStudio 4K a secondary display from our computer. This saved us the process of rendering time and file transfer. That was awesome.” 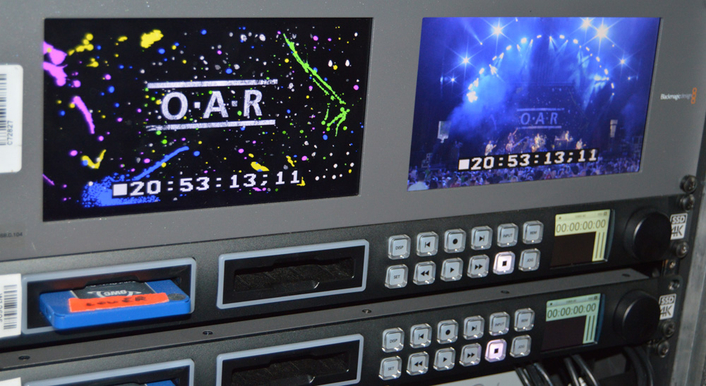 Robb concluded, “Blackmagic Design products have been great for speeding up various parts of our workflow. In a concert tour environment where you’re on the move every day, setting up in a new place each night, any time you can save along the way is a huge help. These products were key for us and helped us immensely as we worked hard to make this tour a smashing success.”