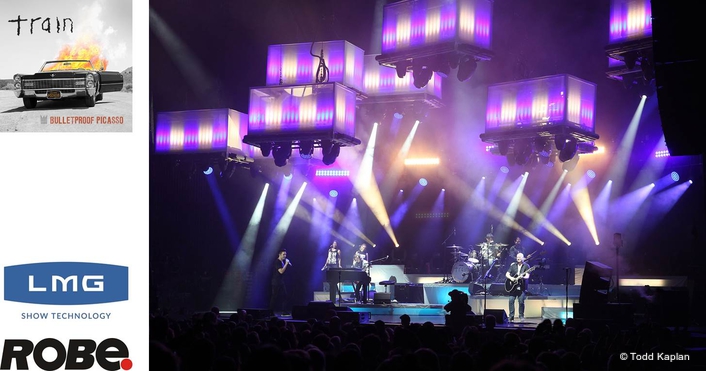 The CycFX 4s and LEDBeam 100s were both new purchases for Orlando based lighting vendor, LMG.

A prominent feature of the design are 10 lighting pods – that move into different positions during the show - providing an interesting, fluid and ever changing geometric element to the stage space. 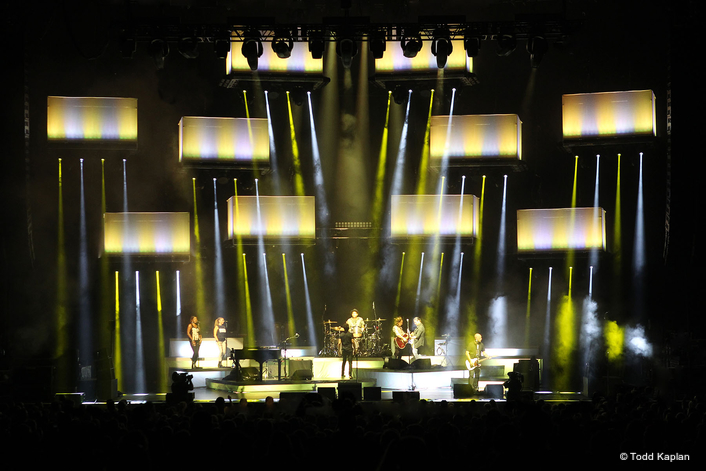 The LEDBeam 1000s are used as wash fixtures due to the excellent zoom. Their individual ring control also opens up a whole range of new effects, together with the smooth dimming and color mixing, explained Brock who positioned them all over the rig.

“The output is amazing,” he stated.

The upstage truss is made up of five individual sections flown in an arc side-to-side – with the fixtures on these used for all the upstage artists’ positions - and in addition to this, there are two more straight overhead trusses.

The 10 pods are each constructed from two sections of Tyler truss joined front-to-back, giving two rows of fixtures per pod, with a LEDBeam 1000 on the upstage section flanked by two hard-edged fixtures and four Pointes on the downstage sections.

The theory behind grouping the Pointes in fours was to get a nice retro-ACL look from time to time and for impressive aerial overhead looks as well by having them on the downstage edge of the stage. 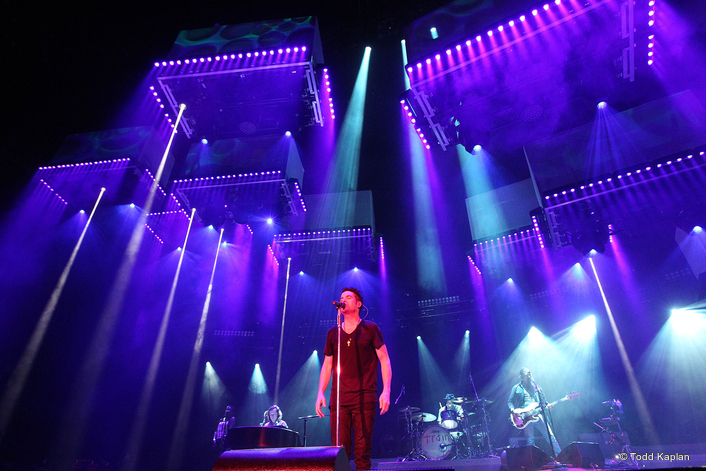 On this tour he again capitalizes on the Pointes’ multi-functionality, using them as beam fixtures in some songs, as specials and keys in others and as washes – zoomed out with the frosts dropped in – in others.

He started using Pointes for Train’s album launch showcases last year, finding them to be “Fabulous” as a beam light and so much more.

The ninety CycFX 4s shaped a major part of the design.

The 4 ft. high pods are wrapped around three sides with a scrim, and nine CycFX4s per pod are mounted along the bottom of each side, angled at 80/90 degrees allowing them to be tipped upwards to illuminate the pod scrim in an array of colors … or be pointed directly down towards the stage. 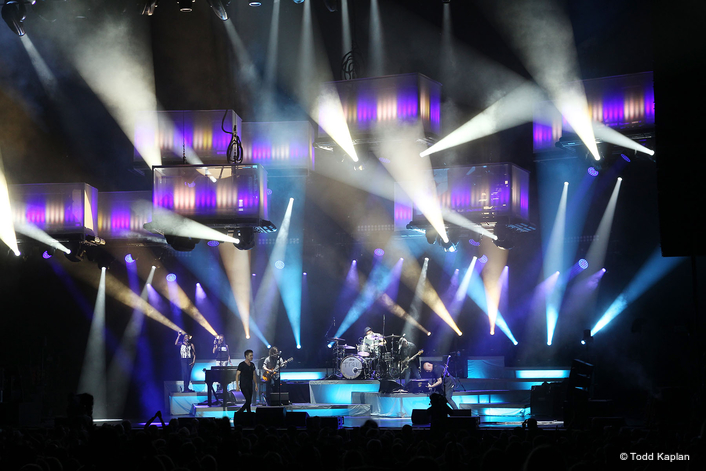 When touring the UK earlier in the year, he’d utilized CycFX 8s for blinders, beaming them out into the audience, and then bringing them back to use as effects onstage. He specified them again when it came to the US tour, knowing their capabilities.

Brock is given complete creative carte blanch from the band who trust him to come up with a new and stunning stage look for each tour campaign. However one request at the start of this tour was to have a more ‘rock’ and less pop feel, hence the decision not to have any large blocks of LED, and instead go with the pods and the three dimensionality they introduce. 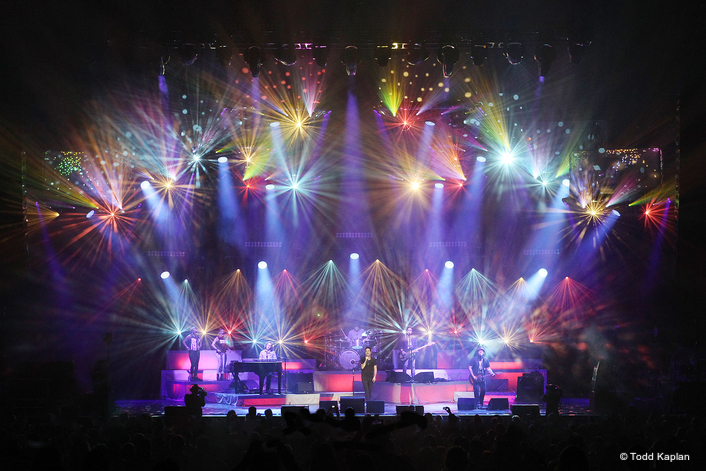 he pods also create a scenic dynamic aspect which is important because in most venues the seats are sold right round at 270 degrees to the stage, so it’s important to consider all the sight-lines not just those for those viewing from the front.

Brock started spec’ing Robe products regularly about two years ago, having first used LEDBeam 600s on Good Charlotte in 2011. He was greatly impressed, and apart from this tour, LEDWashes have been on the plot for every other design since then!

“I’m a big Robe fan,” he commented, “We’ve not had a single issue with any of the fixtures on this tour. Reliability is paramount”.

He is running the lighting from a grandMA2 full size console.

Brock is a freelance LD based in Boise, Idaho, and has been working with Train for the last six years.