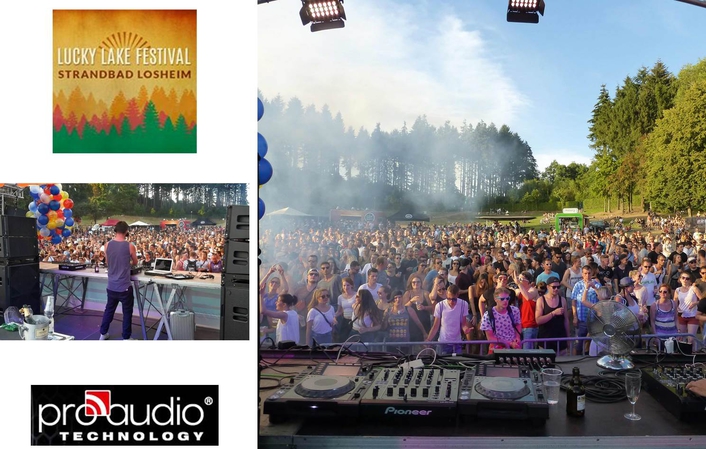 View over the festival ground

In front of a unique backdrop in Losheim am See the second edition of the Lucky Lake Festival took place this year. For the second time with the VT20 System and other systems from our company such as SW18, HT16 and MT12.

On two stages there was a steady come and go of several stars of the electronic dance music, among them Marek Hemmann, Oliver Koletzki, Format:B, Felix Kroecher and then some more. 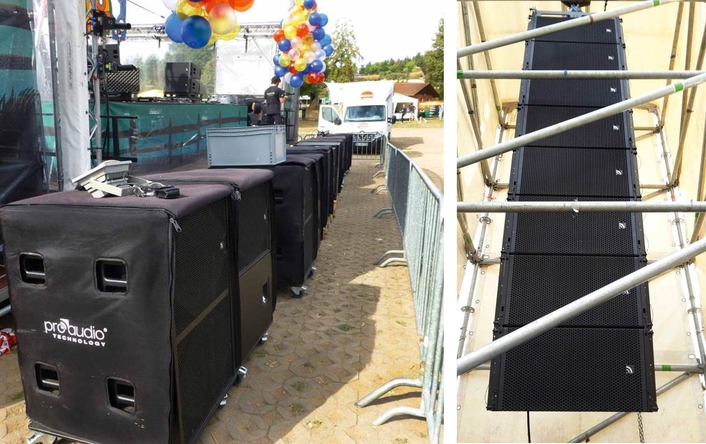 An exciting fact was that the visitor figures had almost doubled, compared to the previous year, which the organizers sometimes ascribe to the, as they call it, “fat sound“. The feedback from many visitors, the organizers and the on-site techs speaks for itself. 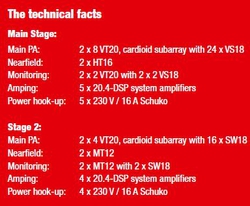 "Already on the first job with the VT20 System at the Lucky Lake Festival 2015, we realised that this line array defines new standards in the sector of large sound reinforcement systems.

So it became soon clear that there’s no need for a debate on the sound system for 2016.

This year we used a total of 28 VT20 elements, 28 VS18 subs and 18 SW18 subs for both stages. The monitoring on the main stage was also done with VT20 which caused great enthusiasm with all the DJs.

An outstanding feature is the precise scalability and long range of the VT20 System.

In view of the very manageable number of loudspeakers and amplifiers, the tonal quality and the performance are simply unique on the current PA market.

As few as nine 20.4-DSP amps were providing the main PAs, infill and DJ monitoring in stereo on both stages, which again emphasises the system’s awesome operating efficiency.“ 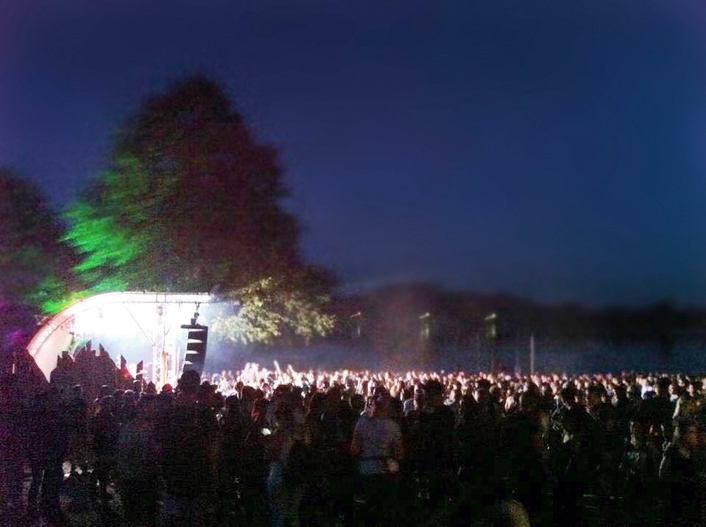