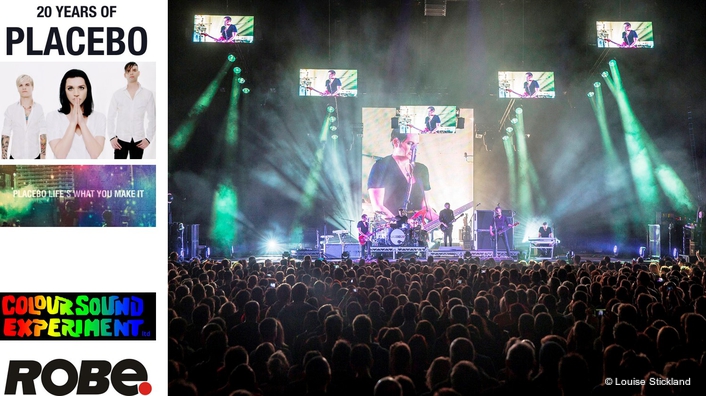 Lighting and video on the tour are being run by lighting director / operator on the road, Hunter Frith, with 11-cameras mixed by Fergus Noble

Leading London based rental company Colour Sound Experiment was the first in the UK to purchase Robe’s brand new Spiider LED WashBeam moving light – with 30 being delivered directly after the PLASA expo in London in October.

These went straight out on the Placebo “Retrospective” tour, with show visuals designed by Jvan Morandi. The tour is a showcase of the band’s ground-breaking work from 20 years at the forefront of indie and alt.rock.

“We were very excited to be the first in the country with Spiiders,” enthused Colour Sound’s Haydn Cruickshank (H), “I think they have great potential and I was really pleased that Jvan could integrate them into his design which – as we would all expect – is refreshing, ambitious and different”. 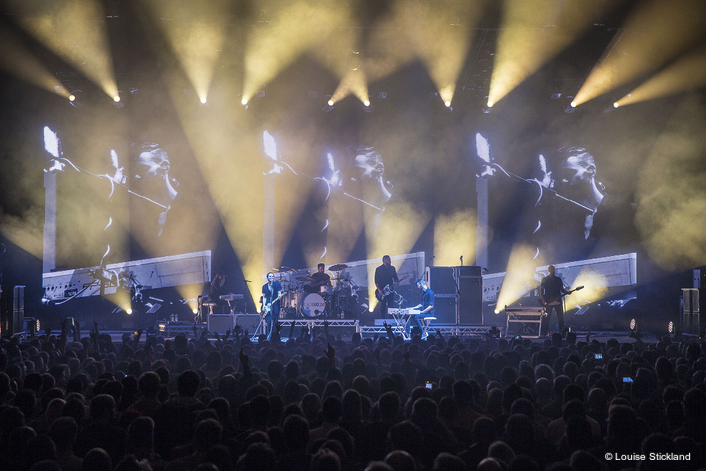 Jvan has worked for the band for 11 years and is known for his innovative ‘out-of-the-box’ designs, of which this is no exception, bringing a raw but complex filmic quality to the stage.

Central to the stage architecture are five I-shaped trussing pods running upstage / downstage with LED video screens attached to the audience end, and four Spiiders rigged to each truss piece via special bracketry. 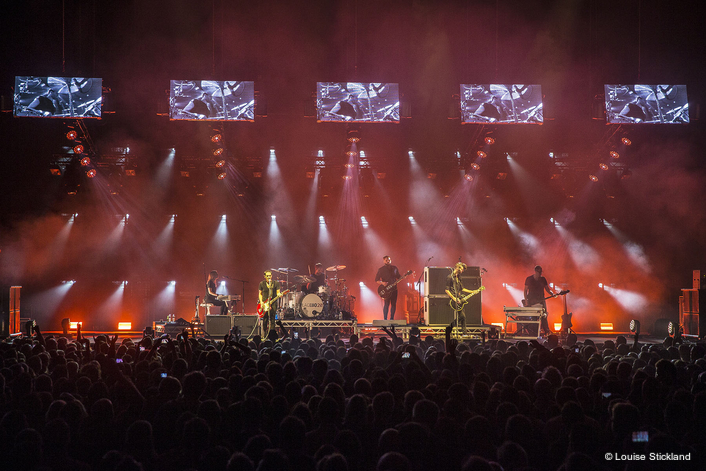 These are the main show wash lights, bathing the band risers and stage area in light, supported by four LEDWash 600s on the front truss.

The other six Spiiders are downstage on the deck, positioned at the stage right and left corners and used for low cross and front lighting as well as for firing out across the audience. 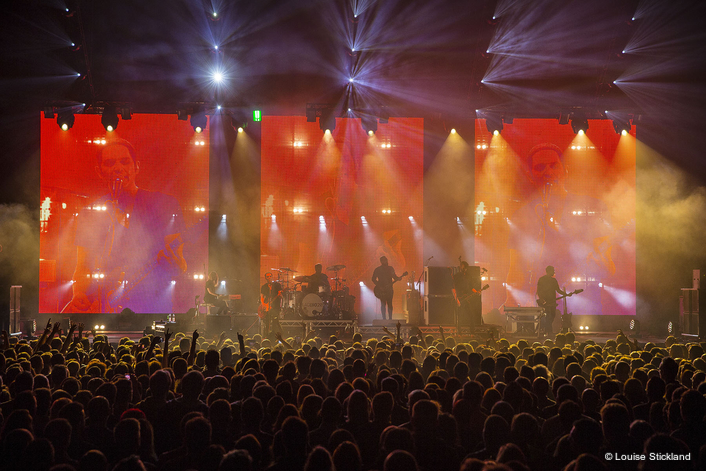 “We needed an interesting light and wanted to use these because they are small, lightweight and bright”. With their positioning on the pods and their role in the show, the size-to-lumen ratio was important. Being LED and without lots of mechanical parts, they are ideal for being ensconced in the pods …  and move up and down into a series of different heights, angles and shapes throughout the show,

Jvan describes the flower as “A beautiful effect” which is used quite a lot. He is impressed that it’s working well in the arena sized venues with a large full-brightness LED screen to contend with! “It’s a harsh environment, the lights are worked extremely hard and so far have been an excellent tool”. 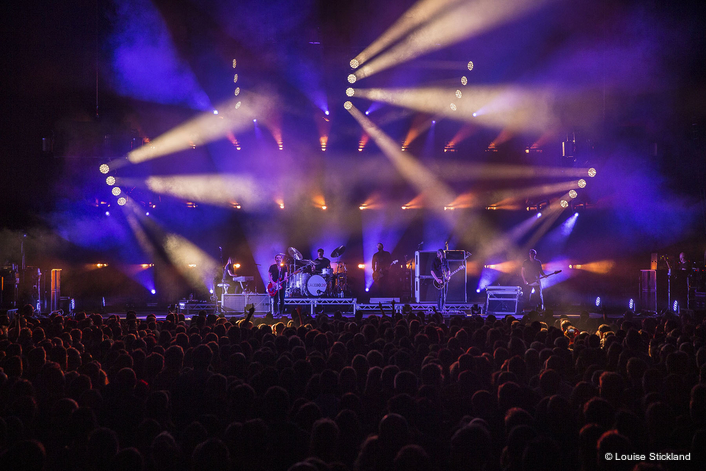 Also on the rig are 26 x Robe BMFL Spots – two each on the pods, eight on the front truss and eight on the floor, and the four LEDWash 600s. Colour Sound has several hundred Robe moving lights in its inventory.

Lighting and video on the tour are being run by lighting director / operator on the road, Hunter Frith, with 11-cameras mixed by Fergus Noble.