Kinesys automation is central to show designer Jvan Morandi’s visual concept for the current Placebo “Retrospective” tour, which features some of the musical highlights and moments from 20 years on the indie rock frontline for the band, known for their intelligent visceral, raw and creative approach to live performance. Ten Kinesys Elevation 1+ vari-speed drive units, used with 10 x half tonne Liftket motors and Kinesys Vector control are being used to move five I-shaped trussing pods rigged in the roof above the stage.

The system is a brand new investment in automation by lighting and video contractors Colour Sound Experiment, which made several purchases for this lengthy arena tour to ensure that Jvan has exactly the right elements for the tour.

Colour Sound’s Haydn Cruickshank comments, “We have sub-rented Kinesys systems as needed for some time now … so we know the kit is excellent.” 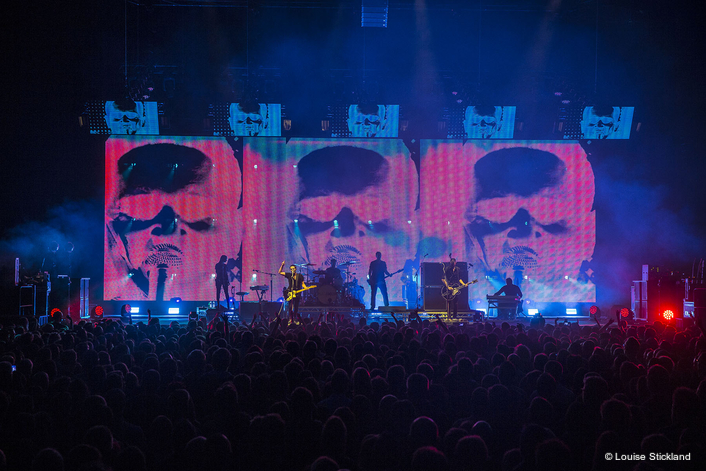 “There’s been an increase in demand for moving elements in the last couple of years, so the time was absolutely right to make the purchase. As Kinesys is the most popular motion control brand in the UK it made sense, and also ticked all the other important boxes like stability and being highly recommended by everyone we know”.

In addition to the Liftkets, Elevation 1+s and Vector control, the system also includes a Kinesys Array PD-ES  and Mentor series 3 for SIL 3 compliance which is required for touring in parts of Europe.

James Hind – Colour Sound’s crew chief -  is also the automation operator on the road, for which he is positioned side stage during the show, where he can get a clear view of the pods as they are moving. 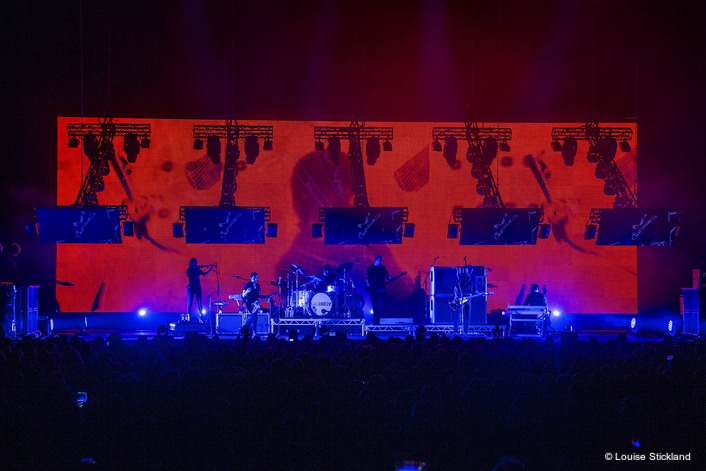 Jvan came to production rehearsals ahead of the tour with a set of moves already in his head for the pods which he and James mapped out in Vector, integrated into the show and then tweaked for the first couple of weeks until everything was perfect for the ambience Jvan was creating for the different songs.

There are around 20 different movement cues over the two hour performance which allow the stage space to be enlarged or closed down for additional drama and shifting the dynamics. 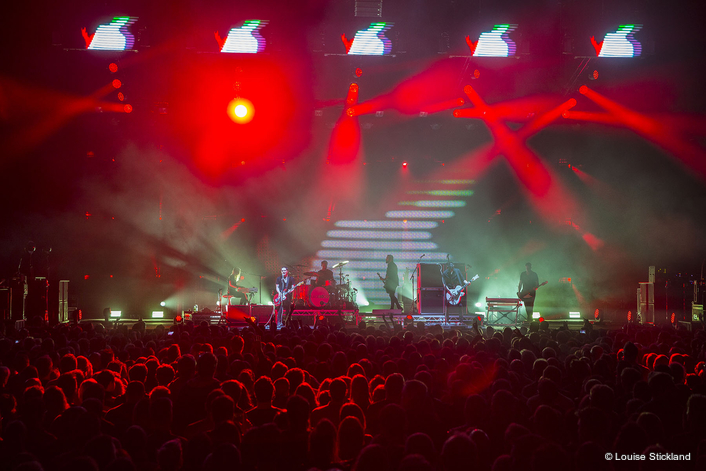 The pods are loaded with Robe BMFL moving lights, strobes and 2-lites and each one is fronted with a 2 x 1 metre panel section of 7 mm LED screen. Their home position is trimmed just above the height of a large rear LED screen, and as they move into different looks, the video screens take on totally new perspectives and the scope of the lights are altered, really helping to maximise the effects of all these items.

Some subtle gliding of the pods at the start whets appetites and hints to the fans that there’s more to come, with the majority of the extreme angle cues appearing during the final third of the set. 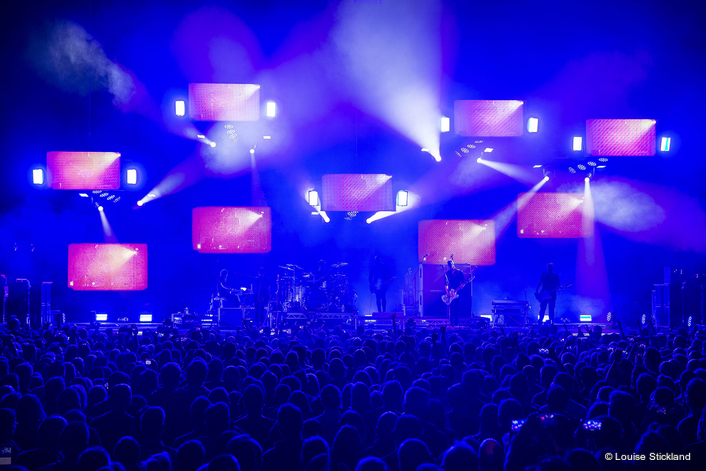 “I wanted to shift the architecture of the space and automation provided a very convenient, elegant and effective solution,” stated Jvan, who is known for his inventive and off-beat approach to show and performance design.

For him, automation is another creative visual tool, along with lighting and video, all of which can be combined and contrasted to make the environment exciting and interesting.

James Hind has been using Kinesys on various tours and shows for around five years and says, “The system is rock solid, reliable and easy to tour”. 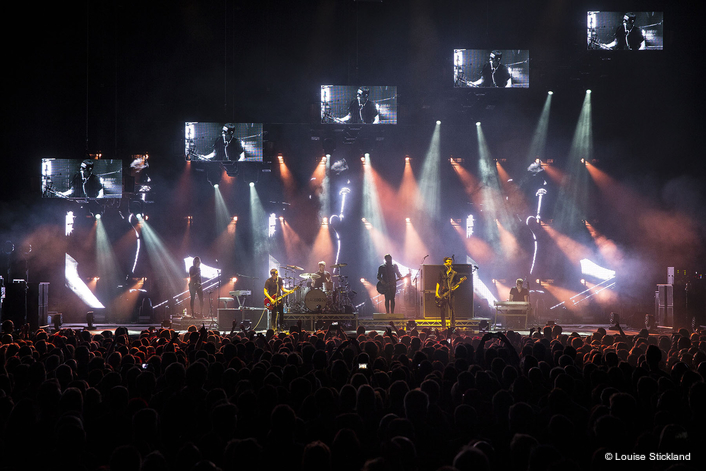 The Vector platform is palette based, so updating the positional information each day as the height, shape and dimensions of the stage change is very quick and easy and any show can be adapted for a venue with lower – or higher - roof clearance, but still look good and provide an all-important continuity.