Melodifestivalen is Sweden’s national contribution to the Eurovision Song Contest, where their winner candidate is found. For the stage setup, lighting designer, Fredrik Jönsson implemented both X-5 strobes and P-5 wash lights. Jönsson here explains the effects he wished to achieve using these two specific types of LED fixtures from SGM:

“The X-5s were scattered around the lighting rig downstage to add glitter and bursts that would penetrate the air through the set and give more energy in the camera shots. We mainly used the segment feature with fast randomly chases to add that extra razzmatazz during choruses and such.” 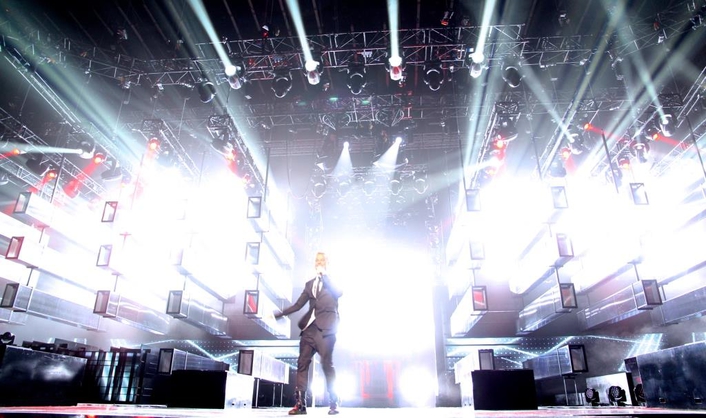 “The P-5s were brought in for a specific act to be used as a strong color signature and as uplight through a glass floor for a custom made transparent podium. They were purely used in a strong and vibrant red that became a very strong signature look for that act. The band and the creative group really liked the P-5s for that particular song.”

Jönsson is indeed an experienced LD, who has carried out the lighting design for Melodifestivalen on tour for all of its now 14-year lifetime with 444 songs in total on his resume. When asked if he would consider using SGM fixtures in other applications, he replies: "Love the P-5s. It was my first time using them and I will for sure specify them again in future projects.” He chose them due to their output and great colors: “I also like the actual physical look of the luminaire and it was very suitable for the mood in the act we used them in”. He also highlights the fact that the SGM fixtures are LED as an important aspect in terms of output and power consumption: “I don’t have unlimited electrical power access on the tour, so the X-5s keep the amps down and give me the punch I need.”

The X-5 strobes were specified for their ability to do chases in segments within the luminaire. Jönsson describes them as being very powerful: “A key feature when you want an effect to punch through everything else lit on that stage. The levels can be very intense at times to say the least,” Jönsson exclaims. He continues: “The strobes were rigged so that fast chases from side to side were extremely efficient and gave us great bang for the buck. Most of the acts and crowds really loved those energy boosts.” 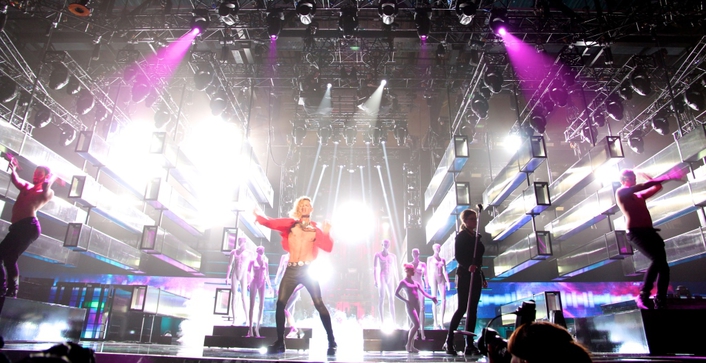 The popular Swedish music event ran over a six-week period with six live broadcasts from February to mid-March. The finals were held in the Friends Arena in Stockholm, where approx. 30,000 spectators attended the show and 3,770.000 followed the TV broadcast, whereas the semifinals attracted 7,000-8,000 live spectators and approximately 3,100.000 television viewers. Adding to that, there were also well-attended runner-up shows.

The 2016 tour will be the 15th anniversary of Melodifestivalen on tour – as it will be Fredrik Jönsson’s 15th year as part of the crew and at least 28 new contesting songs will need a creative lighting design. With Måns Zelmerlöw’s popular song “Heroes”, Sweden ended up winning the international Eurovision Song Contest this year, and they will therefore be the host country for the big event next year.