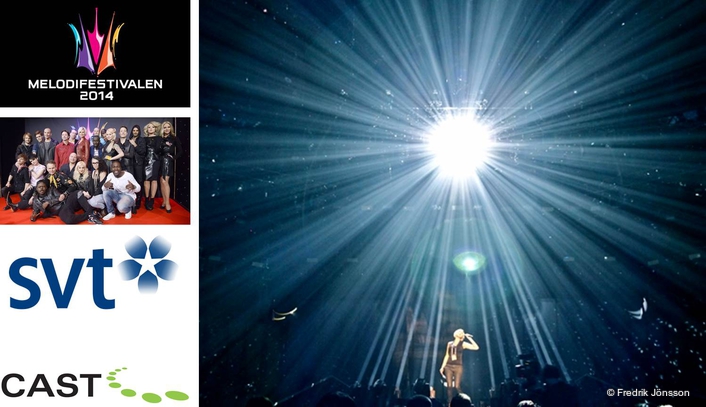 The award-winning wysiwyg previsualization suite from CAST Software of Toronto, Canada played a crucial role in the recent 6-week tour of Melodifestivalen 2014, the annual Swedish song contest that yields Sweden's song that will compete in the Eurovision Song Contest. This year marks the country’s 54th time to enter. Melodifestivalen visited 6 cities across Sweden with the Finals held at the massive new Friends Arena in Stockholm. Viewed by approximately 4 million, it is Sweden’s most popular television program.

Lighting Designer Fredrik Jönsson of Eyebrow Designs in Stockholm used wysiwyg for the lighting of 32 songs for a total of 6 live broadcasts by SVT (Sveriges Television), the host broadcaster of Eurovision 2013. The Melodifestivalen tour employed over 340 moving lights, plus another 258 added for the final broadcast at Friends Arena. (Incidentally, Jönsson also used wysiwyg during Eurovision in combination with CAST BlackTrax for a powerful duo that produced stunning special effects.) 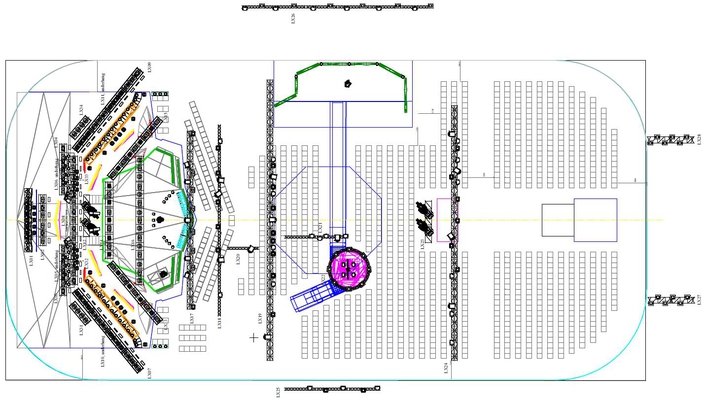 “Regarding wysiwyg on the project, we preprogrammed the first show and half of the second on two separate systems of wysiwyg since the operators are in two separate sessions on their grandMA2s. I use wysiwyg to design the rig and simulate the camera shots so I can be confident that I have coverage in all angles. The camera production of this show is almost 360 degrees and we have a lot of positions out in the various arenas so it is very important that I have all the angles under control when the deadline for the design comes. I use wysiwyg as a tool for the presentation of my design to the client and it's also used by the crew to facilitate patches and rigging data before we go on tour. Once we’re on tour there is no time for major changes in the rig. Moving a truss is not an option once in the arena.” 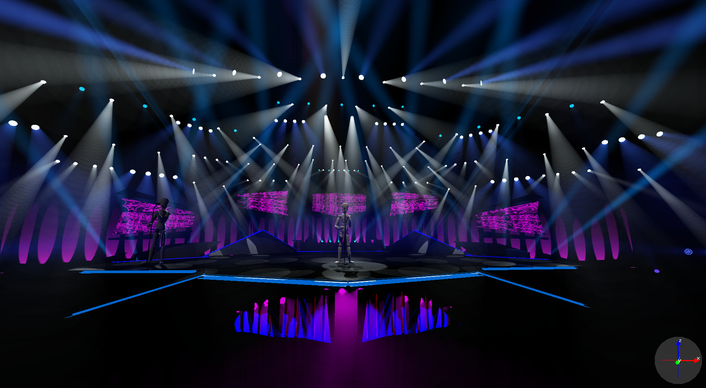 He continues, “The finals pose a challenge being held at Friends Arena. When the stage and initial light plot are first designed, we have to design for the smallest venue on the tour, but that design clearly wouldn’t work for Friends, which is a 65,000 capacity arena.”

This flexibility is a key benefit of wysiwyg, which allows designers to use their same design with only minor modifications – perfect for touring concerts or shows that move to various theatres. It proved incredibly helpful to Jönsson, who had only one week between the 5th show in a smaller venue to the colossal Friends Arena.

Jönsson adds, “wysiwyg was a great tool in the process of moving the original lighting rig into that giant void of space. Also wysiwyg assisted me to make sure that I had sufficient coverage of the crowd since the house lights in Friends Arena are either off or at full throttle for HD production of a soccer game. There is nothing in between apart from the mercury worklights, so I need to create an environment that has to look good but also double as a controllable houselight system. The Shaded View in wysiwyg gives me great control over this when I am designing the rig. It is essential that the 30,000 punters we have in the arena can see where they are going and that I can control the environment during the show. 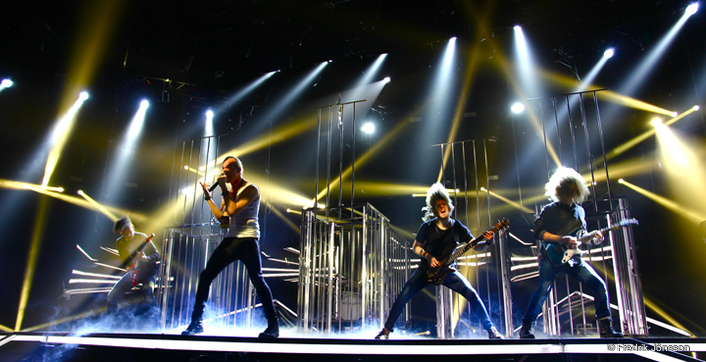 “Since I divided the rig into two systems, where in some cases, two operators are controlling different lights on the same truss, there can be some address and patching problems to eliminate. During the preproduction we also create identical cuelists for all 32 songs in both consoles, which are extremely helpful when we’re getting out in the arenas and start programming for real. Without the wysiwyg sessions in preproduction, we wouldn’t sleep at all during the tour. It’s a lifesaver.”

Throughout the tour, the lighting design kept pace with the wide variety of music thanks to Jönsson’s attention to detail.  “We try to appease the artists as much as we can,” says Jönsson, “Some bands want as much flash and pizzazz as we can throw at them. And then there are songs like Sanna Nielsen where excess lighting would have detracted from the performance. It’s usually a smooth consultation process because many of the artists know what works and what doesn’t. But wysiwyg is very beneficial in helping to reach a common goal.” 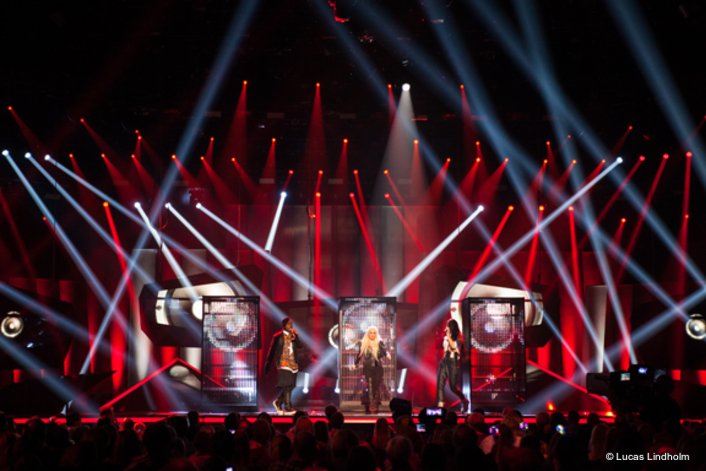 The final performances get a percentage of winning votes from an expert jury and the rest from call-in votes from the Swedish population. In the final tally, Sanna Nielsen won with her song “Undo” which can be seen at http://www.youtube.com/watch?v=CZiLWCNakPc.

About CAST:
Since 1994, CAST has delivered solutions to and for the entertainment production industry and special events and meeting industry. Based in Toronto Canada, we deliver to the world!

CAST is the proud maker of Emmy award-winning wysiwyg which is indubitably the industry standard in lighting design and previsualization software that revolutionized the entertainment production industry by automating planning, designing and producing film, TV, stage, specials, road shows and large special events.