.
Over 150 Clay Paky fixtures were used on this year’s popular Melodifestivalen tour with the Sharpy Wash 330 being singled out as a ‘mind-blowing’ fixture by lighting designer Fredrik Jönsson.

The Melodifestivalen tour is part of Sweden’s national competition to find out who will be representing the country in Europe’s annual Eurovision Song Contest.  Jönsson had to create a high-spec touring lighting design that captured the imaginations of the contest’s live and at-home audiences. 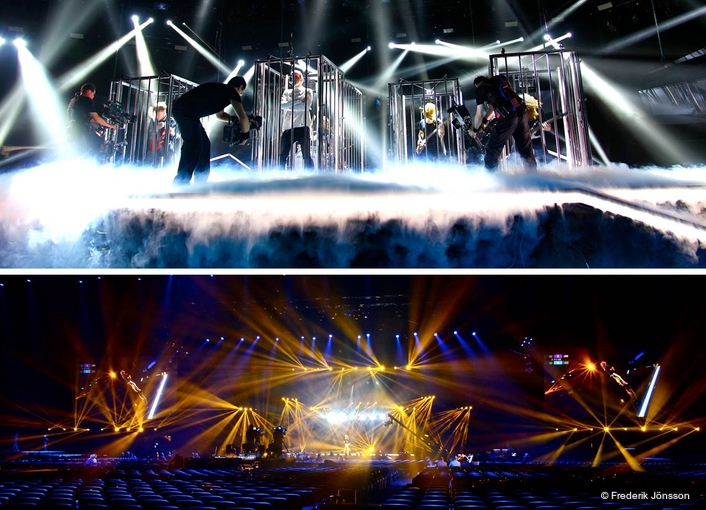 “The brief for the show was to create a visually stunning environment for the performance of the 32 songs,” explains Jönsson. “I went for a ‘Metal meets Eurovision’ look with an old-school ‘ACL-look’ lighting rig but with ultramodern technology. My first inspiration for the look of the rig was actually an old Def Leppard logo since the first drafts of the stage and set reminded me of the angular writing style.”

“The real challenge was to create a 360 degree environment with sufficient key and backlight for the cameras as well as big lighting effects that were different for all the 32 entries, six openings and eight intermission acts,” explains Jönsson. “The Sharpys for the touring kit were all rigged in ‘ACL-groups’ of four units scattered over and around the stage to form the backbone of the effects we needed. They are a great fixture to work alongside video and for the show they cut through our custom made LED screens without a problem. The Sharpy Washes were rigged in a similar matter, but further apart to provide sufficient wash-light and blinder effects.”

It was Clay Paky’s Sharpy Wash 330 fixture that caught the attention of Jönsson, “I really like the Sharpy Wash 330. It has an output that is mind-blowing and produces wonderful colours. I also like the look of it when you see it in the rig due to its Fresnel lens - it is physically a really nice piece of equipment.”
The Sharpy Wash 330 gets its name from its 330W output and, like its brother the Sharpy, is lightweight (18.5kg) with a startlingly low power draw. The Sharpy Wash has an adjustable beam angle from 6.5º to 48º with a CMY colour system and rotating beam shaper making it a perfect effects wash light. 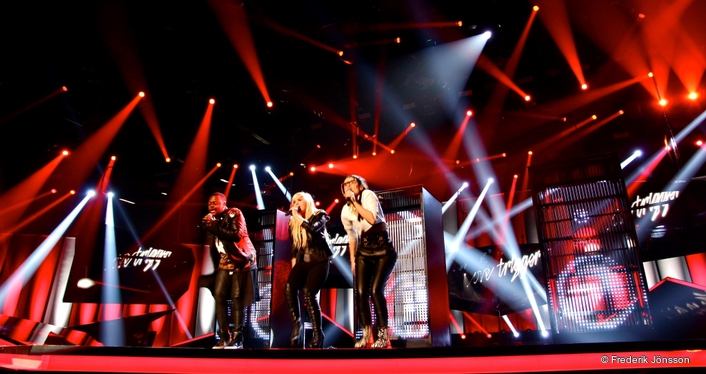 “Their size compared to the output and versatility is impressive,” finishes Jönsson. “You get a lot of bang for your buck in terms of weight and power consumption.”

The Melodifestivalen tour has recently come to an end with Swedish singer Sanna Nielsen winning the much-coveted position to represent Sweden in Eurovision 2014 with her song ‘Undo’.