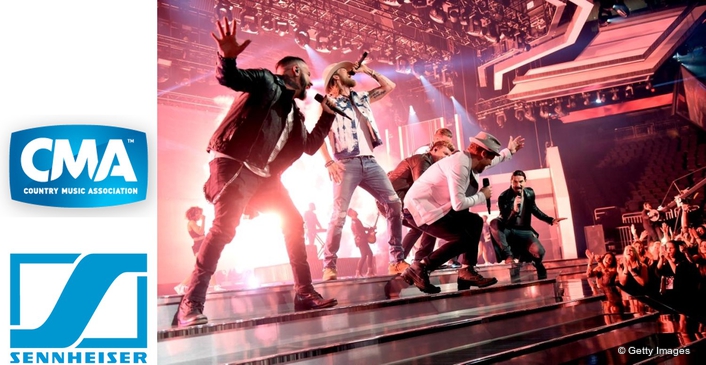 The Backstreet Boys electrified the crowd at the Academy of Country Music Awards. They utilized Sennheiser’s brand new EM 6000 receivers with SKM 9000 transmitters and MD 9235 capsules

Top performers from the country music world and beyond gathered at the T-Mobile Arena in Las Vegas on April 2 for the 52nd Annual Academy of Country Music Awards. Marquee performances by the Backstreet Boys and Lady Antebellum were transmitted with the help of Sennheiser’s newest entry into the world of professional digital wireless: the Digital 6000 system. The EM 6000 receiver is Sennheiser’s first two-channel digital receiver, and worked seamlessly with Sennheiser 9000 series transmitters for a transparent sound that brought the energy of the evening live to a packed house at the arena and an audience of 10.9 million television viewers.

For the Backstreet Boys’ team, the ACMAs were the first live performance with the wireless system that will accompany them on their upcoming tour dates and Las Vegas residency. The Backstreet Boys’ front-of-house engineer James McCullagh was introduced to the Digital 6000 series at the National Association of Music Merchants (NAMM) convention this January and identified it as an appealing choice for their upcoming shows. “I’m a huge fan of Sennheiser’s 5000 series wireless system and was very interested in upgrading to their newest digital wireless system,” he says. “The Digital 6000 seemed like an ideal choice for what we’re doing, especially at the Vegas shows where we keep our signal all-digital throughout.”

Working with Sound Image, who generously supplied three EM 6000 receivers plus an L 6000 rack-mountable charging unit for the show, McCullagh was able to experience the EM 6000 in action for the first time. “The sonic quality is amazing, and the stability of the frequencies is second to none,” McCullagh says.

McCullagh and the band chose to acquire SKM 9000 transmitters to ensure maximum compatibility with both Digital 6000 and Digital 9000 systems wherever they may travel. With that decided, the MD 9235 capsule was the ideal complement for their application. “For live shows it’s easiest to have all the boys using the same capsule,“ McCullagh says. “We had tested six different capsule and transmitter pairs a while back and both the monitor engineer and I agreed that the Sennheiser 5235 was the best at that time, and since the 9235 is really a step up from that it was the obvious choice. It’s extremely transparent and really handles any voice well.”

But the sonic signature of the capsule was not the only selling point for McCullagh. “In addition to sounding great on the boys’ voices, they also have excellent off-axis rejection,” he says. “This is really important with five lead vocalists who are switching between singing and interacting with a crowd full of screaming fans and sometimes moving in front of the PA. It also ensures a great signal-to-noise ratio regardless of what EQ or compression may be applied by the broadcast engineer.”

Commenting on the L 6000 charging unit, McCullagh says: “The rackable battery charger is awesome. Having the ability to charge the batteries right in the rack is a killer feature, especially on tour.”

RF wireless specialist Corey Dodd of Soundtronics helped set up the RF environment at the T-Mobile Arena and make sure clean signal transmission was delivered throughout the show. He was pleased with the performance of the EM 6000 receivers and SKM 9000 transmitters used by Lady Antebellum and the Backstreet Boys. “The new EM 6000s are great for our company because of the frequency diversity,” he says. “They are so broad that you can put each pair anywhere you want and they will work perfectly.” Dodd also appreciated the modularity of having the six wireless channels split amongst three two-channel EM 6000 receivers. “In a broadcast environment like the ACMAs, we tune to TV channels, and being able to assign the individual receivers to different TV channels rather than being forced to squeeze all your mics into a single frequency band is great.”

Dodd also praised the functionality of the EM 6000 receivers: “They’re really easy to work with. I also love how Sennheiser’s Wireless Systems Manager software allows me to remotely monitor exactly what the receiver is seeing from hundreds of feet away. The signal strength was great, it sounded great, and there were no problems with dropouts or anything.”

Performance When It Counts

Jeff Peterson of ATK Audiotek was the front-of-house engineer for the event and was pleased with the performance of the Digital 6000 in its inaugural outing as well. “There were a couple of artists who wanted to bring their 9000 transmitters for the show, so it was helpful that the EM 6000 receivers made that possible,” Peterson says. The receivers were in use for Lady Antebellum’s set as well, who also utilized the SKM 9000 transmitter and MD 9235 capsule combination. Peterson was happy with the sound quality of the sound signals he was getting from Sennheiser’s digital wireless system. “The clarity was definitely noticeable,” he says. “The system has more high-end than analog transmission microphones, which can be helpful for the broadcast team at a show like this.” 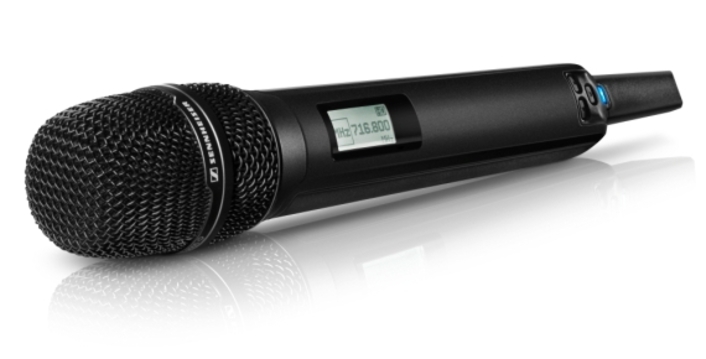 Both the Backstreet Boys and Lady Antebellum utilized Sennheiser SKM 9000 transmitters, interoperable with both Digital 6000 and 9000 receivers, to transmit pristine audio to the EM 6000 receivers in use at the ACMAs

The capsule choice also provided Peterson with reliably smooth audio. “The 9235 capsules consistently perform well,” he says. “They have a smooth top end without pronounced presence peaks, which allows me to avoid feedback relatively easily even if the artist moves in front of the speakers.” For Peterson, dropout-free wireless is the expectation with a company like Sennheiser. “We don’t even play around with anything less than professional grade, and the reliability of a company like Sennheiser is unquestionable. I’d be happy to use the Digital 6000 again.”

“The future of wireless is digital, and Sennheiser is pleased to have had the opportunity to debut our latest digital wireless system, the Digital 6000, at the Academy of Country Music Awards with some of the nation’s top artists,” says Byron Gaither, Artist Relations, Sennheiser. “The Digital 6000 system is but the latest in a long line of industry-leading professional wireless systems from Sennheiser and, with its unprecedented clarity and reliability, will be a natural choice for live national events like the ACMAs that are viewed by millions around the country for a long time to come.”

Audio specialist Sennheiser is one of the world’s leading manufacturers of headphones, microphones and wireless transmission systems. Based in Wedemark near Hanover, Germany, Sennheiser operates its own production facilities in Germany, Ireland and the USA and is active in more than 50 countries. With 19 sales subsidiaries and long-established trading partners, the company supplies innovative products and cutting-edge audio solutions that are optimally tailored to its customers’ needs. Sennheiser is a family-owned company that was founded in 1945 and which today has 2,750 employees around the world that share a passion for audio technology. Since 2013, Sennheiser has been managed by Daniel Sennheiser and
Dr. Andreas Sennheiser, the third generation of the family to run the company.