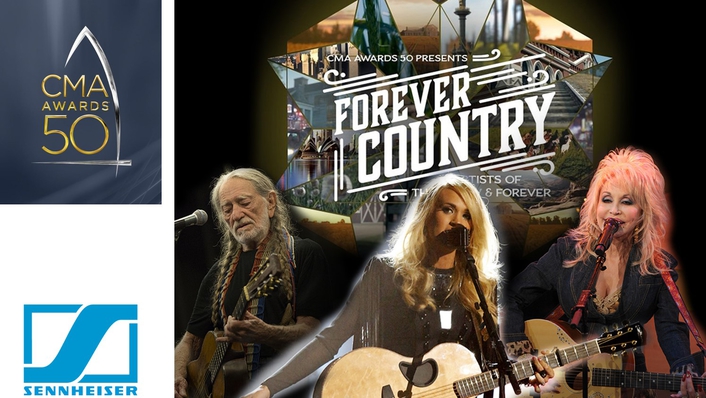 At the 50th Annual Country Music Association (CMA) Awards, held at Nashville’s Bridgestone Arena on November 2, Beyoncé gracefully crossed over into the world of country music, delivering the marquee performance of the night while being supported by Sennheiser’s Digital 9000 wireless microphone system.

n a harmony-filled performance of ‘Daddy Lessons’ that saw the pop superstar joined onstage alongside Dixie Chicks, Beyoncé once again demonstrated her incredible versatility as an artist before a capacity crowd of approximately 20,000 country music fans and 12.6 million viewers across the country. The occasion marked Beyoncé’s first appearance on the CMA Award stage, featuring flawless audio quality from Sennheiser’s flagship Digital 9000 wireless system. 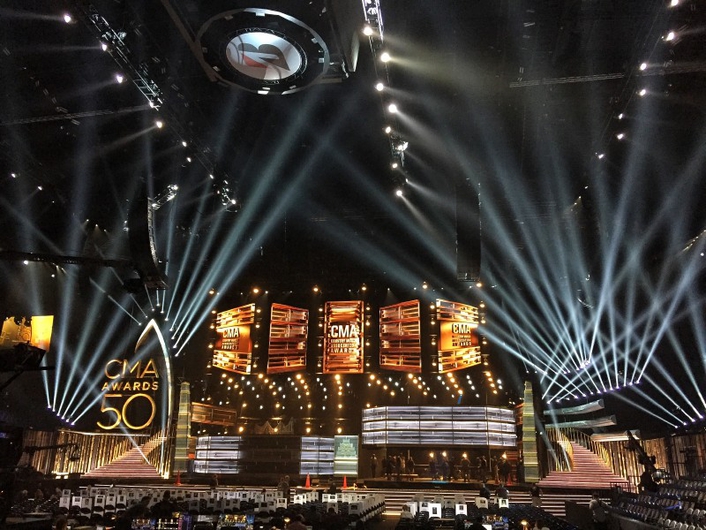 “It was our first time with Beyoncé on the CMA Awards, and it was thrilling to have her perform with Dixie Chicks amidst the advanced technology we brought into the picture — particularly the Digital 9000,” said James Berry, Monitor Engineer for Beyoncé. “What we really love about that system is the consistency and sound quality. There is nothing in the world like it, and it sounds like there is a cable on the other end of that mic.” 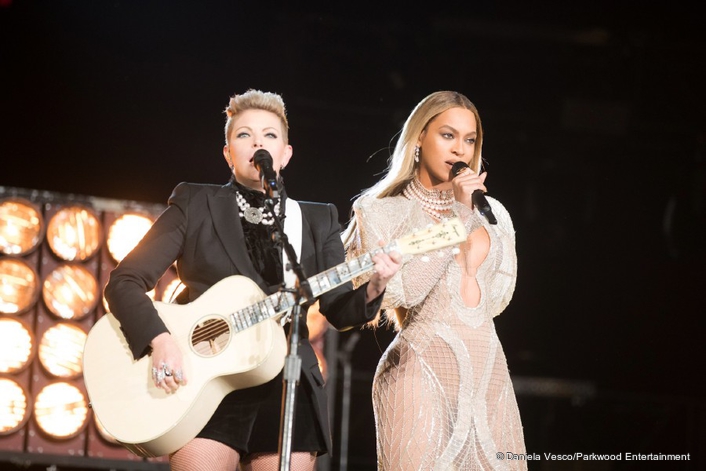 Having toured extensively over the last year with the system, Beyoncé‘s production team have become intimately familiar with the Digital 9000, and Berry has also been pleased with the results as well as with the support he is getting from Sennheiser. Beyoncé has since purchased her own Digital 9000 system, so the crew can achieve greater predictability while on the road: “There are a lot of places we play that don’t have top quality wireless, and it made the most sense for us to go out and buy one.”

Digital 9000: perfect sound across the board

“As a last minute creative decision for the performance, we decided to put Natalie [Mains] of the Dixie Chicks on a wireless as well and opted to put her on the Digital 9000,” said Stephen Curtin, FOH Engineer for Beyoncé. “Everybody was happy with the decision and immediately impressed with the results.”

Of the eight available channels on the Digital 9000 receiver, two were reserved for Beyoncé (one as a backup channel), who sang through her SKM 9000 handheld transmitter and MD 9235 dynamic microphone capsule. Meantime, Dixie Chicks’ Natalie Mains also sang through an SKM 9000/MD 9235 combination. Other channels were used for a marching drum and harmonica. Berry notes that it was the first time they had used the Digital 9000 on stage instruments, and he was impressed with the results: “It gave the harmonica that true warm feeling that you don’t normally get while using wireless systems. This was also true with the marching drum, where it captured all the dynamics you would expect.” 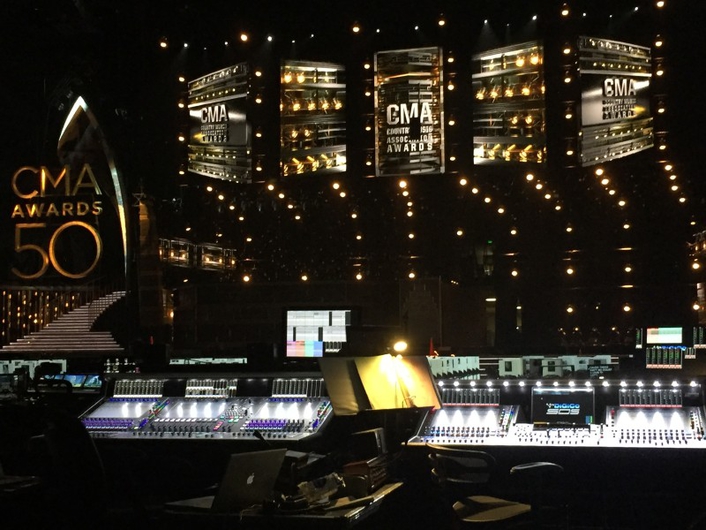 The FOH position at the CMA Awards

Of course, the primary task and expectation of the Digital 9000 is to capture every nuance of Beyoncé’s incredible vocal capabilities, says Stephen Curtin: “The overall presence of the 9000 is great. She can be singing extremely quiet, yet you still get the same great sound out of the system as when she is really belting it out. It does a fabulous job of capturing the dynamics.”

"Because the system has such a vast dynamic range, it helps at FOH and broadcast, because you don’t have to do as much with it. You have this full spectrum of frequencies to work with, whereas before on a lot of other wireless equipment, you have to add and take out elements in different frequencies,” he adds.

The CMA Awards: a tradition of high expectations

Brad Paisley and Carrie Underwood, hosting the awards ceremony for the ninth time, once again used Sennheiser SKM 5200 handheld transmitters coupled with Neumann KK 104 and KK 105 cardioid and super-cardioid condenser capsules as host microphones for the duration of the evening. Two Neumann TLM 49 large-diaphragm condenser microphones were also used throughout the evening for both live and pre-recorded announcer voice-overs. 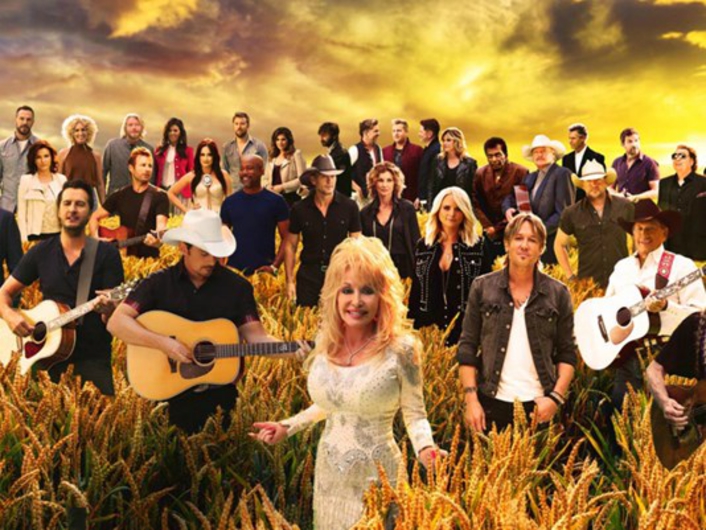 Country Music Hall of Fame inductees The Oak Ridge Boys, relying on Sennheiser SKM 5200 handheld transmitter and MD 5235 capsule combinations, were joined by Brad Paisley onstage for an impromptu acoustic performance of the country classic ‘Elvira’. Other performers singing through Sennheiser and Neumann over the course of the evening included Carrie Underwood, whose backing vocals were crooned through a Sennheiser SKM 5200 handheld wireless transmitter coupled with an MD 5235 capsule, and Reba McEntire, whose band performed a ‘9-5’ tribute to Dolly Parton singing through Neumann KK 104 capsules.

“It was exciting to see Sennheiser and Neumann so well represented once again at the CMA Awards, particularly across such a diverse range of performers,” commented Byron Gaither, Artist Relations for Sennheiser. “The reliability and sonic attributes of the equipment — from the Sennheiser Digital 9000 to the Neumann TLM 49 and everything in between — delivered the pristine quality that both our artists and music fans expect night after night.”

In an evening that demanded nothing less than perfection for country music’s biggest night, the Sennheiser Digital 9000 also delivered. “We were pleased with everything and Beyoncé was super happy after the performance,” concludes James Berry. “The Digital 9000 raised a lot of eyebrows, and some of the guest engineers were very interested in the system and kept asking us about it.”

Audio specialist Sennheiser is one of the world’s leading manufacturers of headphones, microphones and wireless transmission systems. Based in Wedemark near Hanover, Germany, Sennheiser operates its own production facilities in Germany, Ireland and the USA and is active in more than 50 countries. With 19 sales subsidiaries and long-established trading partners, the company supplies innovative products and cutting-edge audio solutions that are optimally tailored to its customers’ needs. Sennheiser is a family-owned company that was founded in 1945 and which today has 2,750 employees around the world that share a passion for audio technology. Since 2013, Sennheiser has been managed by Daniel Sennheiser and Dr. Andreas Sennheiser, the third generation of the family to run the company. In 2015, the Sennheiser Group had sales totaling €682 million.