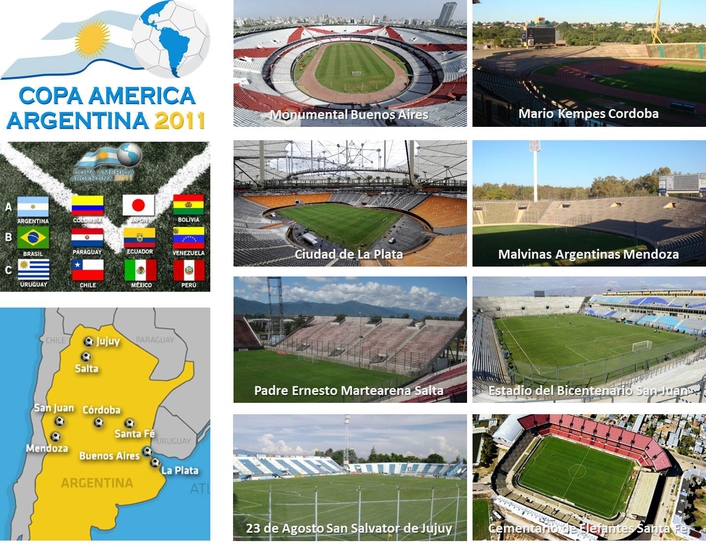 Copa America 2011 will be played in 8 Stadiums across Argentina
Staged since 1916, Copa América is the oldest competition of soccer teams in the world. In 2011, the tournament will take place in Argentina and will count with the presence of 12 (twelve) teams. Of these, seven were in the 2010 World Cup's last eight: Argentina, Brazil, Chile, Paraguay, Uruguay, Mexico, and Japan. The competition is equivalent to the UEFA European Football Championship, and is disputed in the same ways as the World Cup.

The 2011 Copa América will have a special attraction for the first time: the 43rd edition of this tournament will be fully transmitted in the HD (High-Definition) format. 200 countries are estimated to watch the competition.

The last edition of Copa América was realized in July 2007, in Venezuela. New soccer aces such as Robinho, for Brazil, and Lionel Messi, for Argentina, received warm applauses at the Venezuelan stadiums. Brazil was hailed as a champion for the second consecutive time when it beat Argentina in the final match.

Aldea will offer live and playout services from all stadiums. Right Holders will be able to feed every day. Non right holders can ony feed when there is no match scheduled that same day in the chosen stadium. Right holders also have the possibility of getting the main feeds (either SD or HD) via fiber to any destination worldwide. 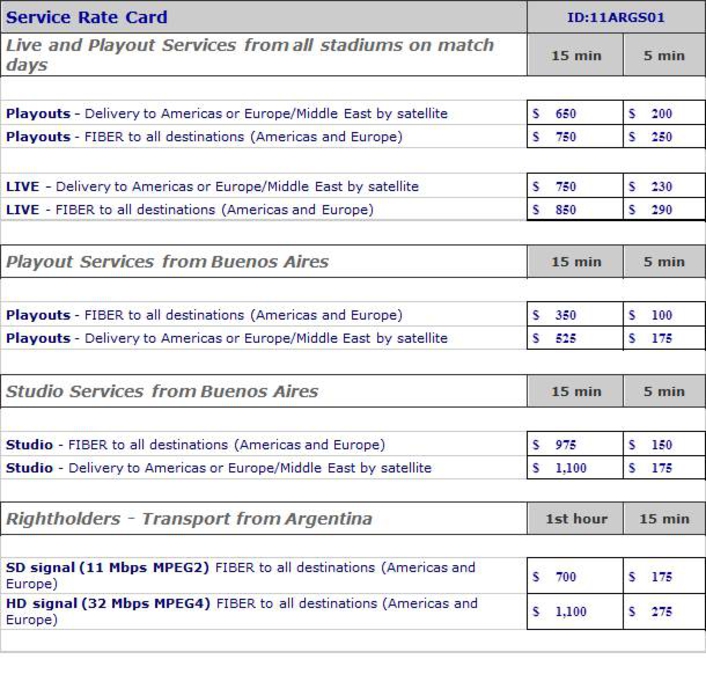