Another Glorious Glasto for Robe 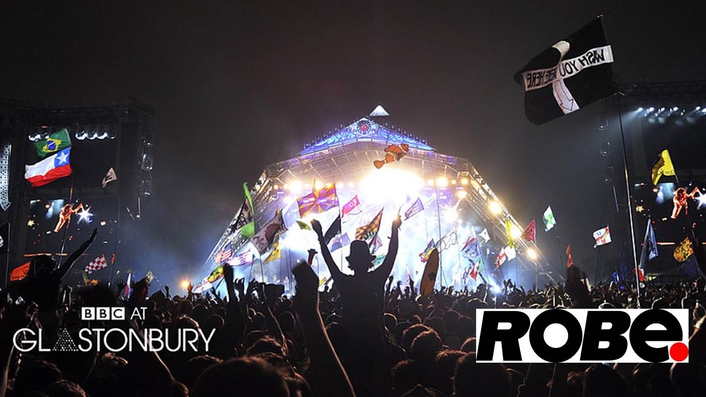 Robe UK’s own Ian W Brown took his tent, clothes-pegs and Wellies and got into the festival spirit, where a very iffy start weather-wise came good … with sunshine, soaring temperatures and sizzling expectations!

Ian spent time hanging out at some of the coolest Glasto spaces including The Park with its abundance of open air stages, late night bars, lounges and cafés, tee pee villages, art installations and 17 metre high illuminated Ribbon Tower that overlooks the entire festival site. 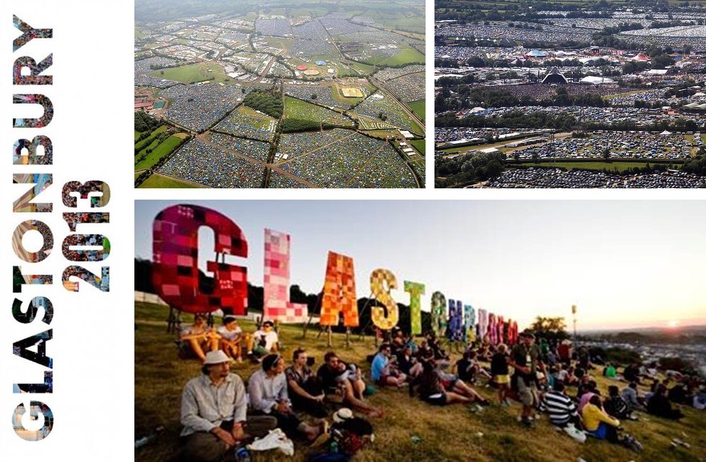 Supplying lighting to the main stage at The Park was South West Lighting, with a production design created by Ben Perrin and Mark Bott.

Around ten acts a day played here, including Solange Knowles (Beyoncé’s younger sister) and Southend-on-Sea’s finest, The Horrors, whose LD Matthew Button, like many others, was very impressed with the Robes.

The LEDBeam 100s were all facing the audience for eye-candy effects and helped increase the general depth and back lines of the stage. The LEDWashes were used for side lighting for some artists and as effect lighting for others.

For the first time The Park’s main stage was televised, so the LEDWash provided ‘rider compliant’ LED illumination which was perfect for camera, with no flicker issues and a great range of white colour temperatures. “We were very happy, and everyone else also seemed impressed with the rig,” enthused Ben.

The numerous features, nooks, crannies, hideaways and eclectic spaces around the Park including the entrance arch, Ribbon Tower and Glasto sign were designed by Misty Buckley and lit by Simon Marcus MD of Enlightened Lighting from nearby Bath, using a plethora of Anolis fixtures.

While Simon enjoyed the relaxed vibe on ‘the hill’ at the Park, Enlightened’s Dave Thorpe took a trip to the wild side – down to the East side of site - and to The Common in particular, where they had supplied Robe moving lights to the two main venues, The Temple and the Rave Cave. 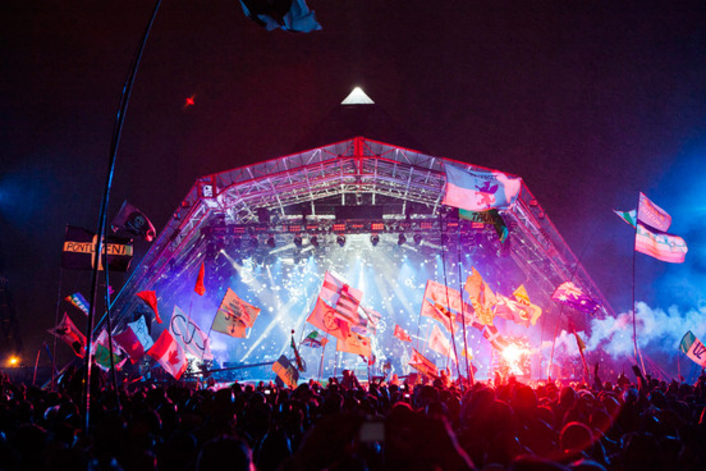 Six of Enlightened’s brand new Robe ROBIN Pointes moved things in The Temple, which featured a heterogeneous mix of interactive and experiential happenings curated by Bearded Kitten during the daytimes, and Bristol based Invisible Circus at night, followed by full on DJ sets pumping into the small hours.

The LD was Paul de Villiers, who also used LEDWash 600s and LEDBeam 100s and a bunch of other kit.

The Rave Cave had a spectacular rock-faced frontage, complete with real waterfall and abundant foliage, which was spectacularly lit with Anolis ArcLine LED fixtures.

Inside the Cave itself were ROBIN 600E Spots and LEDWash 300s.

Moving further into site … and staying in Enlightened territory, was the Glasto Latino Tent at the hub of a South American themed area, replete with salsa lessons, Cuban bands and heaps of fun – all lit with Robe ColorWash and ColorSpot 575E ATs operated by David Johnson – one of Robe’s PLASA 2012 student team.

The next venue was Mavericks, a late night environment that got kicking between about 11 p.m. and 4 a.m. with a full rig of Robes including LEDWash 600s, ROBIN 600E Spots and two Pointes, co-ordinated by LD Anthony van Sertima.

Next up was the Summerhouse, a day and night outdoor venue featuring multiple off-beat bands, music and performance in the Outdoor Theatre area. This was lit with ColorSpot 1200E ATs and LEDWash 300s.

And … that brought the Enlightened team back to The Park and the Silent Disco was jauntily lit with some of Enlightened’s Robe 250 Scans …  dusted off for the occasion but still going strong after all these years! 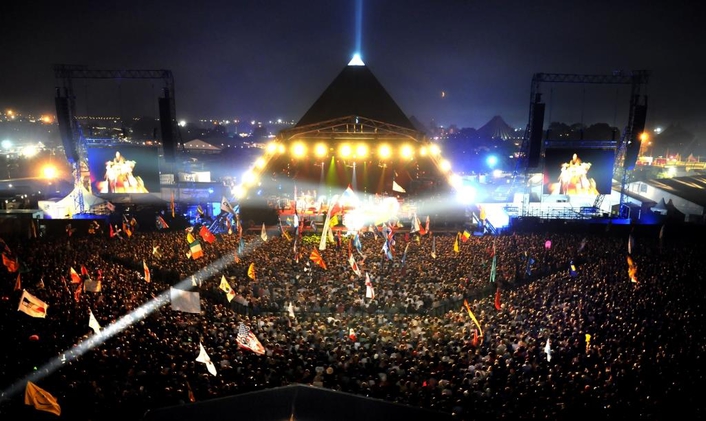 Enlightened fielded a crew of 16 for Glasto 2013. They are absolutely “Delighted” with their new Pointes states Dave, and in fact are hoping to be getting some more real soon.

Fineline – one of two rental companies who were ‘The First’ to receive new Robe Pointes in the UK, lit the Circus, Cabaret, Theatre and Acoustic Stages as they have in past years, again with a healthy complement of Robes.

All Fineline’s Pointesare currently on the lighting rig for The Eden Sessions taking place at the Eden Project in Devon, where John Hibdige is looking after the festival rig. Headliners include the Kaiser Chiefs, The xx (LD Michael Straun) Sigor Ros (LD Bruno Poet) and Jessie J (LD Vince Foster).

Back to Glasto, where on the West Holts Stage (formally known as Jazz World), DPL supplied Robe ColorSpot 1200E ATs, which were given a good workout by LD Adam Powers, and over on the John Peel Stage, LD Cate Carter included LEDWash 1200s on her lighting rig.

And that was just a smattering of the stages and areas lit with Robe products.

Ian Brown reports, “Everywhere I went I heard people enthusing about the fixtures, especially the Pointes, LEDBeam 100s and LEDWashes. It was also really great to get so much positive feedback from visiting bands and artists LDs all over the place”.

RG Jones and Martin Audio...g Formula for Glastonbury
Stagebox at Glastonbury Festival
David Guetta Gets The Pointe in Hannover