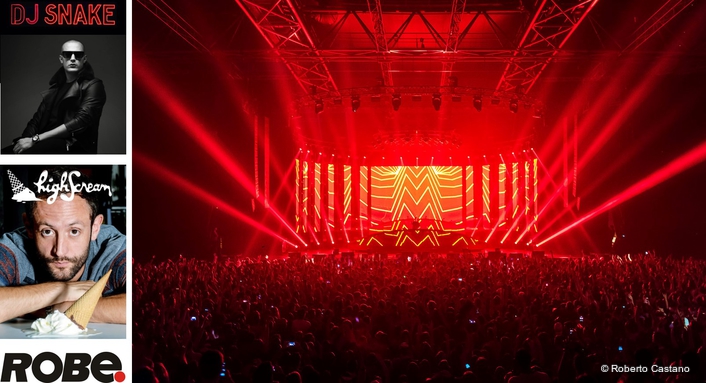 Lighting was programmed and directed by UK based Rob Lister who has worked as DJ Snake’s LD for the last year and has a long-standing working relationship with Romain and High Scream from visiting Ushuaia Ibiza with DJs Axwell & Ingrosso …  for which Romain is also the production / show director.

Tickets for this landmark Paris show by the hugely popular and proudly French electronic music guru sold out almost immediately so the pressure was on for all to produce a truly amazing visual and sonic experience explained Romain.

Coming from a theatrical background, Romain started directing shows when he was just 17 and is every bit as passionate and enthusiastic about creating ‘bigger picture’ audience experiences as he was 21 years ago!

He loves both the drama of theatre as well as the energy of dance music and parties, and the essence of all his show designs is born from the desire to unite these two elements in collaboration with a team of talented and like-minded people who can really bring a space to life.

“For this design we needed a video presence, but I really wanted the stage to have a strong lighting base,” he says “to use video in a more subtle and understated way and for lighting to have a very powerful presence”.

Fundamental to the idea was that the whole aesthetic was meaningful with a sense of finesse that blended some classical disciplines from theatre presentation with the heartbeat of dance music and clubbing. 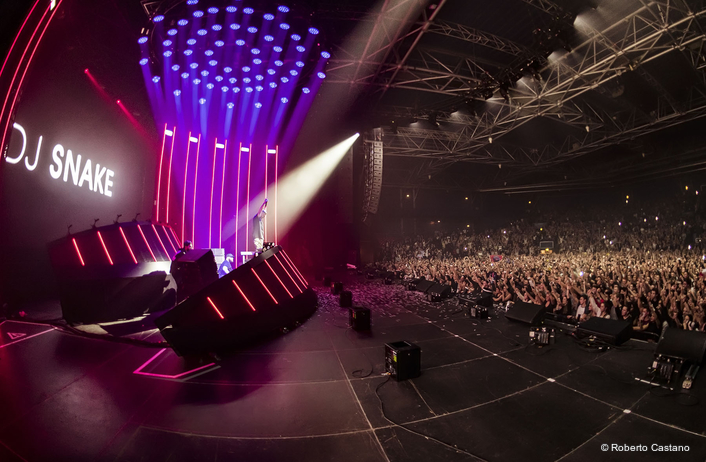 Having used Robe products on numerous shows over the years – Romain jumped at the chance to try out these latest technologies – and was delighted when rental company S Group, lighting supplier for the Zenith gig, boosted their Robe stock with additional Spikies for the event.

For S Group’s founder and owner Leon van Empel it was a perfect opportunity to purchase some new kit, “We are busy with a whole range of work and Robe is always a good investment. The products are extremely reliable and well made”. He feels that since the launch of the Pointe in 2013, Robe is the most “innovative lighting brand” on the market.

One of Romain’s inspirations for this show was wanting to bring a super-powerful lightsource onstage … and you can’t get anything more astronomically awesome … than the sun!

This spawned the 6 metre diameter circular truss made up of four concentric rings populated with the 64 Spiiders! It was rigged on an automation system enabling it to fly in and out and, tilt and pitch above the elliptical shaped DJ booth.

Used strategically, these Spiiders were a prominent and dynamic lighting special effect throughout the show, which included when the truss circle was in its ‘home’ position and they became key lighting Snake and his various guest DJs and vocalists.

Being a brand new fixture, it was the first time Rob had used Spiiders which he thought looked “great” and had a “fantastic” light output.

Rob was also impressed by the centre 60W LED chip and the tight beam-to-gobo effects all achievable at “super output levels”. He thinks the fixture is highly versatile and the light output “amazing” either in wash mode or as a real tight beam, while the central LED chip is “something else!”

He reckons it would be a “fantastic addition” to any touring lighting system, especially when playing clubs where space is at a premium and right up to arenas needing more powerful sources”.

The 80 x Spikies were arranged in two large matrix grids in between six columns of 12 mm LED screen on both left and right of the stage. These columns were arranged in a gentle arc and they flanked an elegantly curved LED surface upstage centre. 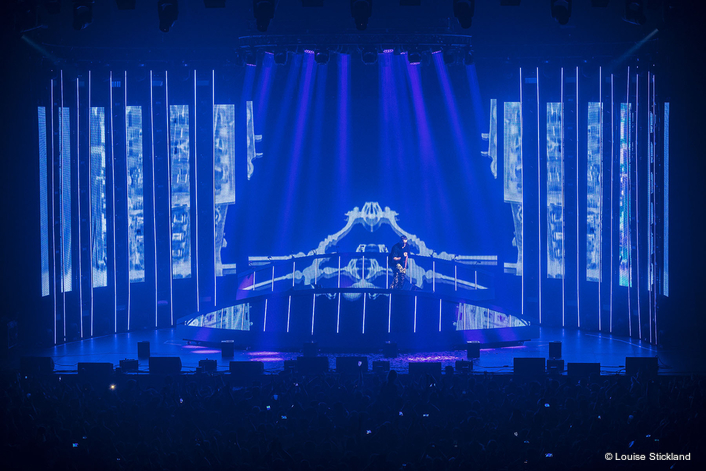 This ‘layering’ of lighting and video was another visual aspect that was central to Romain’s overall stage look.

Rob thinks the Spikies are “far more than just a beam light … in fact, they are in a “class of their own”. The full RGB colour mixing from the high-output single LED chip is very handy and “not common on many LED beam fixtures”. He likes the gobo look and thinks the zoom is very effective, and again remarking that they would be a “great workhouse” unit for either a theatre or club tour.

Romain was equally impressed with the performance of both Spiiders and Spikies.

The bold decision – given the visibility and high profile of the event – was taken after watching the Robe product videos and taking advice from others who had seen the fixtures first hand – all of which was very positive.

“It’s good to be experimental and take a few risks – it’s how we push creativity forward,” he elucidated, comparing producing a show to cooking - combining the best ingredients in a labour of love and ingenuity to produce beautiful results that can be enjoyed by all.

The 32 x Pointes were scattered around the rig and used for all the major beam technology and effects looks for which they are so well known and loved.

DJ Snake’s set embraces a wide range of styles and genres from trap to electro, hip hop to pop and so there is plenty of opportunity for imaginative lighting and visuals. The first half is full-on fast-and-furious with his more commercial hits coming at the end ... so the pace of the show shifts radically over the 90 minutes.

Only three colours were used – red, blue and white – for the French flag – a simple approach with a host of looks and tricks revealed frenetically at the top of the set, with some epic surprises held back to keep the WOW moments coming right to the end.

Ahead of the gig, Romain, Rob and the High Scream production team which included technical manager Bertrand de Saint Pern, who did a great job of keeping everything efficient and flowing on the day, were able to schedule some rare rehearsal time with the artist during two days of full production rehearsals in Briare, south of Paris.

This is where the Zenith show was programmed and they also integrated exciting and inventive new video footage commissioned and produced by Comix from London and operated by Daniel Purdue. Rob’s cues were executed with such precision and accuracy … that it could have been timecoded … BUT it was all totally live. 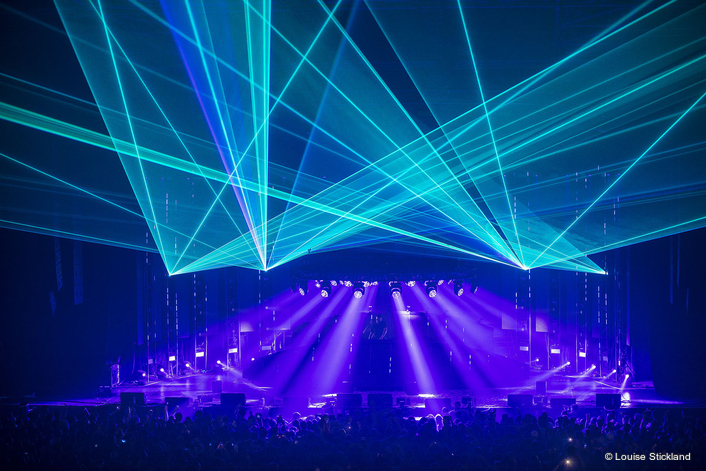 The result was a stunning and memorable ‘homecoming’ show for proud Parisian DJ Snake who had circumvented the globe several times playing hundreds of shows since his last appearance in Paris.

He will continue touring worldwide through 2017.

Some other big High Scream projects are being talked about for next year and Romain is also adamant that he will be using Robe products for the next Ushuaia Ibiza season!